I went to a professional football game last Sunday.  The sky did not fall down.

Hours before the game, a friend sent me a text asking me if I wanted to play golf that afternoon.  I politely declined, saying I was going to the game.  An avid sports fan, his reply was surprising and curt.  “You’re supporting those fucks?”

I could only assume he was referring to all the anthem kneelings that had been going on and not the fact that the Buccaneers, despite winning that afternoon, are still a team of dysfunction.

After checking out the sights and sounds of that particular Sunday, I can tell you the NFL is still alive and well despite how many of us are upset with how much of the league handled last week’s, pre-game ceremonies.  The Giants-Buccaneers game was a sell-out; NFL fanfare was in full effect. 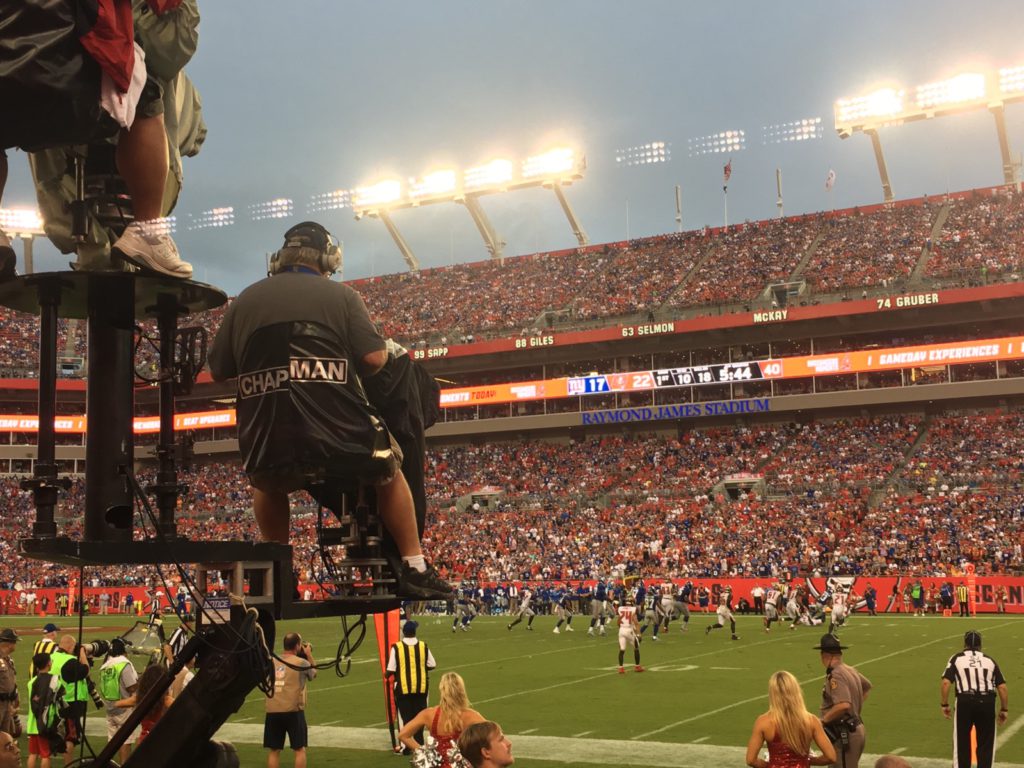 In fact, according to attendance figures, all stadiums but one this year are routinely filled to 85% capacity or better, the lone outlier being Cincinnati and let’s be honest, who in their right mind would want to watch the Bengals?

That’s not to say there weren’t people who avoided watching the games altogether.  I know for a fact that one bar owner experienced a loss in sales that Sunday that may, or may not, have had to do with fans unhappy with the league’s actions.  I know of another business owner who considered cancelling his subscription to the NFL package altogether.  While this is only a random sample size of two (three if you include my golfing buddy), it shows that people are upset with how the league has handled this.

For one brief moment, let’s exclude right and wrong from the argument since these are preconceived, subjective notions anyway.

Not long ago, one reader questioned the fact that I referred to Kaepernick’s actions as “divisive,” which I still feel they are for the mere fact that they have the nation in an uproar.  Any time you have a fair number of Americans on either side of this fence with no constructive dialogue bringing them together, that can be considered divisive.  That, however, is not Kaepernick’s fault.  That is our own.

Here’s the true shame of what happened ever since Kaepernick first took that knee.  Those against the gesture fail to understand why he did it in the first place.  They simply don’t understand his point of view and suggest his demonstration was ill-timed and disrespectful.  Those in favor of Kap fail to understand those who feel he disrespected our flag and our nation.

Over a full year later, we have come nowhere closer to any sort of dialogue which I said long ago was the most important part of the process.  Instead, this has driven us farther apart.  So much for united we stand, divided we fall.

Here’s what I’d like to know.  Why has no one suggested that leaders from all parties, professional sports, military, police officers, etc. get together and talk about their points of view in a healthy manner in order to generate a better understanding?  This is no foreign concept.  It’s how diplomacy works.  When two people are in a relationship and have a disagreement, they either talk things out and figure how what went wrong went wrong or they ignore it altogether and allow the relationship to disintegrate.  That in a nutshell is what’s going on right before our very eyes.  Relationships that don’t address the underlying issues at hand but rather avoid them and hope they’ll go away are doomed to fail.

It’s not kumbaya to suggest healthy discussion.  It’s about time both sides figured out why the fuck they can’t get along.  Personally, I have always stood, taken off my hat and put my hand over my heart when the national anthem plays.  But I sure as hell understand why others don’t. 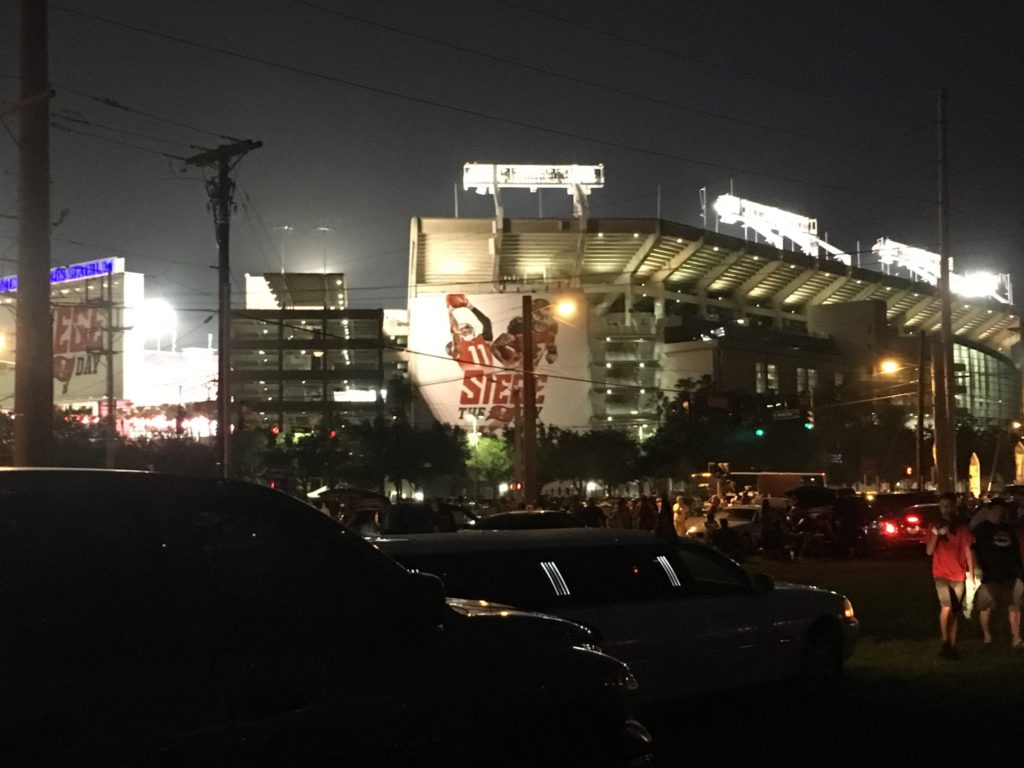 Sport in general, and football more specifically, is designed to bring us together, to teach us principles of honor, teamwork and sportsmanship.  We gather together as families at tailgates; we celebrate our team’s colors and our city’s pride.  It has become an American tradition, just as much as protest, freedom and progress.

After that football game, I saw some jabber-jawing but I also saw a lot of congratulating and shaking hands.  A lot of chanting, a lot of cheering and a lot of celebration which leads me to leave that maybe, just maybe, there’s hope for us after all.

22 thoughts on “Beating a dead horse: Protests, ratings and the NFL experience”