All of time can be neatly divided into three specific eras: a time when people frequented bars and never drank water with their drinks, the theoretically healthier period shortly thereafter when people realized hydrating while getting drunk was a good idea (and they tipped for such water) and the current, far more unfortunate era where drinkers still ask for water but rarely leave a gratuity.  There is, of course, a fourth initial era that took place before bars ever existed – and where consequently no fun was had at all – but that period has no bearing on this article whatsoever. 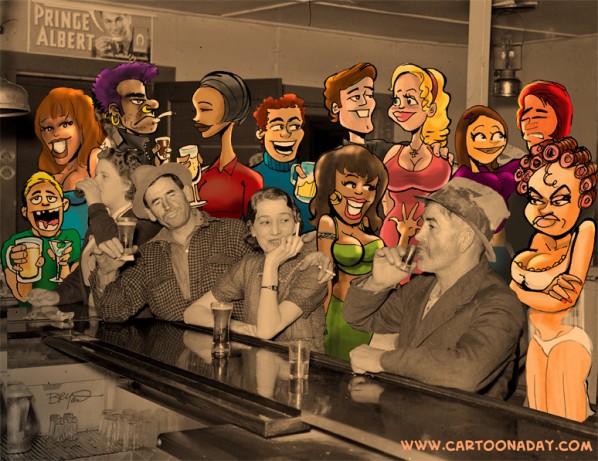 Rarely do I write about the details of my craft.  You all know what I do for a living and that this site, this little SportsChump side project, is just an outlet.  Well, allow me to outlet.

My job is tending bar at one of Ybor City’s finer establishments.  I bring it up every now and again in passing, how it relates to a current event or perhaps a conversation I had with a particular customer, but rarely do I write about job specifics.

For two reasons.  One is that it’s bad business.  It’s never a good idea to publicly humiliate a customer when the entire idea of your business… is to attract customers.  Plus, and let’s be honest, I lead a life where I have very little to complain about.

That’s all about to change.

Anyone who works in the service industry knows there’s one kind of customer that is the most unbearable of all.  I’m not talking about the career lush who bends your ear every chance he gets with the same old story or the hook-up driven meathead always looking to get laid while driving away every respectable female customer in the process.  I’m referring to the worst “customer” of all: the overly apologetic water drinker.

Back in the day, I worked with another bartender who simply refused to serve people waters, unless of course they had had too much to drink and then, by her logic, they should no longer be in the bar anyway.  I always felt that approach was a little extreme.

As we in the industry have come to learn, keeping a customer properly hydrated by serving them water with their drinks can actually increase how much time and money they spend in your bar.  It’s a good policy.  They’ll be far more appreciative of your service (because they realize you’re taking care of them) and most importantly, you’ll prevent them from becoming shit-faced drunk in your establishment.

I’m not referring to that person. 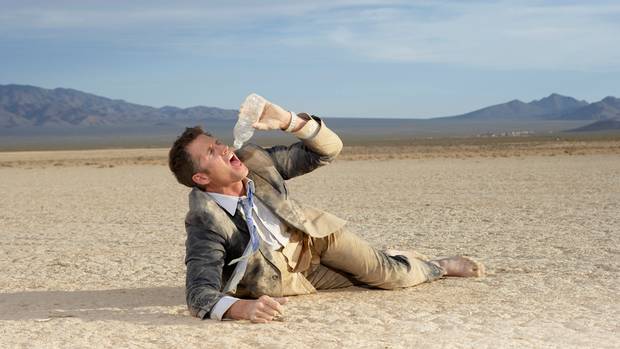 I’m referring to the person who comes up to your bar, without a dollar in their hand to tip you for your efforts, while you’re busy as absolute hell with eight different orders circulating through your head and eight more people screaming your name, and acts as if they’ve just crossed the Sahara to get to your attention.  If you don’t drop everything you’re doing and serve them water instantly, they may shrivel from heat exhaustion.  To make matters worse, they’ll inevitably bore you with a story of how much they drank that evening (note: they’re perfectly sober) and how quenching their thirst is a matter of national security.  Poor souls.  I don’t need a rationale.  In fact, I don’t even need a thank you.  A single dollar will solve all those problems.

When asking for said water, there’s also a particular whiney quality to their voice as if they know they shouldn’t be asking for a water but still have to inconvenience you and every other paying customer in the process because their thirst is of the utmost importance. 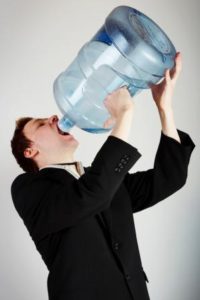 Again, let’s be clear, when someone sits at the bar and orders cocktails, it’s always good policy to serve them water at the same time.  You’re just getting it out of the way, nipping the “Can I have a waaaaaaaaaaaaater” request out of the way early.

So, let this be a lesson to you, overly-apologetic water drinker.  No bartender will EVER complain about serving you only a water if you approach him or her with a dollar in your hand.  But don’t not order a drink from them all night and then order a water sans grat.  That’s a sure way to get mean-mugged while sending your friendly neighborhood (and probably busy) bartender into a tizzy.

Oh, and if you don’t heed my advice and see that bartender semi-discreetly pointing you out to his colleagues after you’ve done so, you can have a fair guess what they’re talking about: your cheap, inconsiderate, poor dehydrated soul.

8 thoughts on “The overly-apologetic water drinker”