Welcome to Reason No. 1,276,385 that the NFL needs to check itself before it wrecks itself.

Last Thursday night is a perfect example of what’s wrong with, well, Thursday night.  As much as fans selfishly enjoy having another primetime game to watch, the players are wholeheartedly opposed to this potentially jarring speedbump in their schedule.  All the while, the league can’t seem to stop from tripping over its own two cleats.

In an otherwise meaningless NFC West battle between the banged-up Seattle Seahawks and the even more banged up Arizona Cardinals, the team who we thought would win the game did.

That victory, however, came at quite a cost.  Defensive face of the franchise Richard Sherman was lost to an Achilles tendon tear.  He will miss the rest of the season.

Seattle’s offensive face of the franchise also got dinged-up.  Star quarterback Russell Wilson took a healthy helmet to the chin and was forced to miss a down.  He probably should have sat out for more than one play. As is the rule established to protect the health of its players, all those who take a hit to the head must go through concussion protocol before returning to the game.  Wilson, however, waved off team doctors and got back on the field the very next play he could.

The league is now looking into how Seattle handled the Wilson situation to determine whether they broke league rules by not keeping him out until he was medically cleared to play.

Therein lies the hypocrisy of the league: they put their players in riskier than normal situations then penalize them for not following protocol.  Oh, the devious irony.

The league now looks like it may embark on a witch hunt of another one of its top teams and top quarterbacks all because he wanted to compete.  Sound familiar?  Meanwhile, the league parades its relatively ho-hum Thursday night match-ups as a tasty appetizer for the week to come, albeit one the players cannot stand to be a part of. 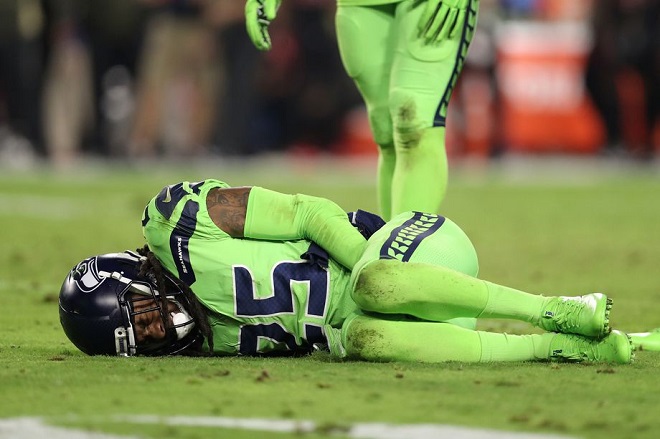 While Thursdays haven’t necessarily replaced the far more traditional Monday Night Football in terms of popularity, millions of fans still watch.  Monday, however, is only one day off teams’ normal schedules.  Thursday games means teams barely have time to recover from the Sunday they just played.  This turn-around time is particularly hard on league veterans.

Statistically speaking, it is impossible to tell whether Thursdays see more injuries.  Even if these statistics were released, the NFL would doctor them in their favor anyhow.  With concussions piling up every week, however, the league can hardly be seen as pro-Thursdays if it ever came out that these games put their players in considerably more jeopardy.

So, the league finds itself in yet another quagmire.  To Thursday or not to Thursday: that is the question.  We’ll see if anyone in the front office has any semblance of an answer.  I’m not too sure their track record means they’ll come up one.