Numbers are lifeblood to the history of sports.  They help us compare one player to another and one generation to the next.  Quite often, they signify greatness:  714.  .400.  16-0.   These numbers all hold meaning.

But statistics can also be misleading.  Case in point, the “NBA’s plus/minus.”

For those of you unfamiliar, the plus/minus statistic measures how well a team does when a particular player is on the floor.  For example, if a player is in the game while his team goes on a run, he’ll have a positive plus/minus.  If not, he’ll be in the negative.  It’s that simple.  The NHL has used this statistic for years.  It’s a relatively new phenomenon for the NBA.

It should come as no surprise that James Harden leads the NBA in plus/minus and that Steph Curry is second.  These two men handle the bulk of their team’s scoring as well as their team’s minutes.

But would you be surprised if I told you that Nikola Jokic is third in the league in plus/minus and as a result, wouldn’t that in your mind immediately render that statistic meaningless?  No disrespect to Jokic and his role on the Denver Nuggets but he’s hardly as important to his team as Harden and Curry are to theirs.

And then there’s Luc Mbah-a-Moute. 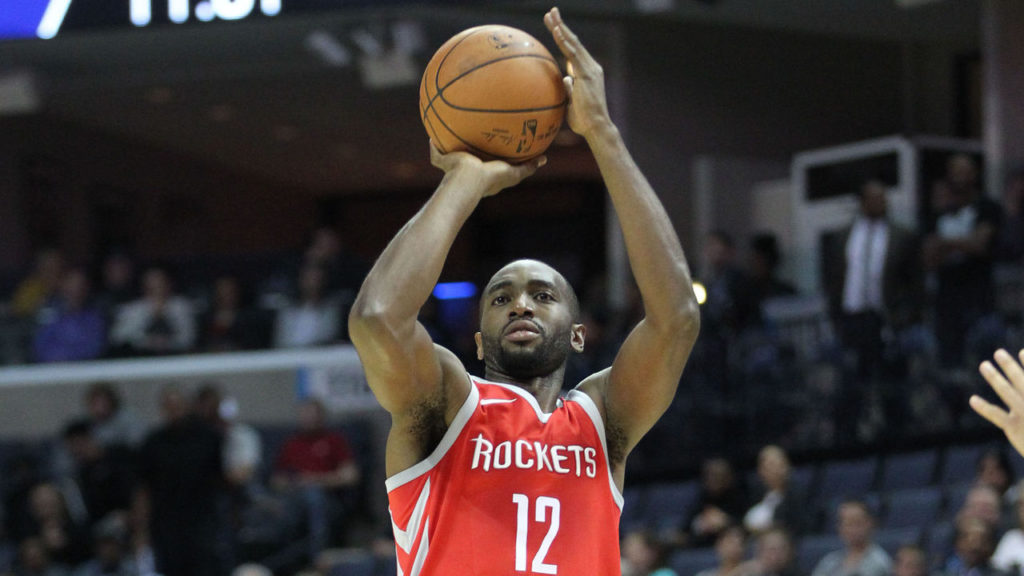 Aside from having a name you can’t spell, Mbah-a-Moute is a journeyman forward for the Houston Rockets who hails from Cameroon.  He is now the answer to a very specific NBA trivia question.

Wednesday night, Mbah-a-Moute’s was record-settingly responsible for the Rockets winning their game against the Denver Nuggets.  In 26 minutes played, he scored 13 points and had four rebounds but his presence was statistically far more important than that.

Trevor Ariza, Chris Paul and James Harden all poured in 20-plus points that night.  They just happened to do so while Mbah-a-Moute was on the floor.  As a result, Mbah-a-Moute ended up with a +57 plus/minus!  That, my friends, is a new NBA record.

I’m not suggesting he didn’t put forth a valiant effort but the NBA’s plus/minus is a perfect example of paralysis by over-analysis.  Whatever happened to the days when you could just tell a player was valuable to his team by simply watching him play?  Do we really need another column on the back of a basketball card to determine a player’s net worth?

DeMarcus Cousins is a force for the New Orleans Pelicans.  He is a seven-footer that can back you down and also kill you from the perimeter.  He’s one of the best big men in the game and this season, he ranks fourth in the league in plus/minus.

You know who’s fifth?  Robert Covington.  I’ll give you a minute to look him up.

Kyrie Irving is having an MVP-type season.  He’s 8th.  LeBron James is 11th.  I’m guessing these players are a little more important to their teams than Covington and a-Moute and I don’t need a spreadsheet to figure that out. If a guy hits four home runs in a baseball game, it might be an aberration but it’s most certainly an accomplishment.  A-Moute contributed to his Rockets beating Denver by thirty that night but he was by no stretch of the imagination the best player on the floor.  He just happened to be in the right place at the right time.

I’m pretty sure I don’t need a statistic to measure that.

3 thoughts on “The most meaningless stat of them all”