I just got done watching a horrible movie.  It featured bad casting in the lead role and shoddy production value.  There was limited character development, the dialogue was non-existent and the director was fired right in the middle of filming.

There were far too many scenes that were simply unwatchable, two that included fabricated death threats and a naked guy humping a shark on a boat.

This movie was a letdown of epic proportions.  It was Ishtar meets Leonard 6.  It was the Matrix sequels without the original.  It was every movie Wesley Snipes has made in the last twenty-five years. 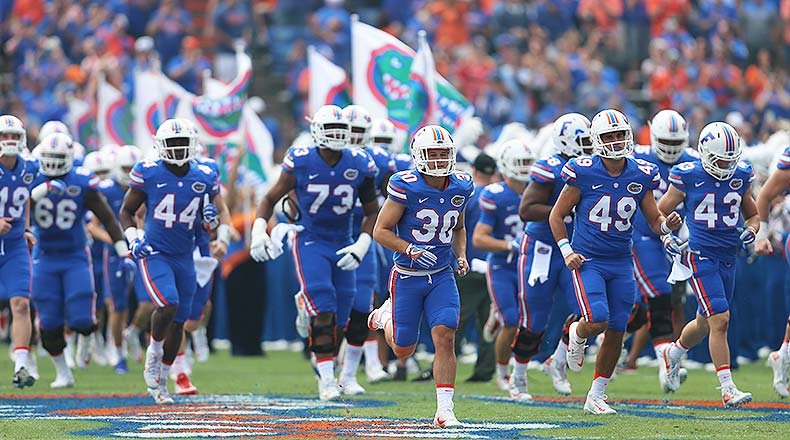 It lasted for three months.  Fortunately, for Florida fans, it won’t last any longer.  For only the second time in twenty-six seasons, there will be no bowl of soup for us!

Much to our dismay, the University of Florida Production Studio put forth yet another stinker.  Its films have been bad lately, with this most recent one another we regretted buying a ticket for.

The University of Florida’s once glorious football program ended the season without a head coach and without an identity.  What to do, what to do.

It’s easy enough to put this season behind us, like gruesome roadkill in our rearview mirror we’re trying not to stare back at but the thing is, we can’t.  It should be a season we look back on as an example of exactly what not to do, how not to play and how now to coach.  One must learn from one’s mistakes.

My uncle also attended the University of Florida.  His time was spent there in the early 70s.  He recalls a time when losing football games was the norm.  Then came Charley Pell, Galen Hall and of course, Steve Spurrier.  The rest is history. 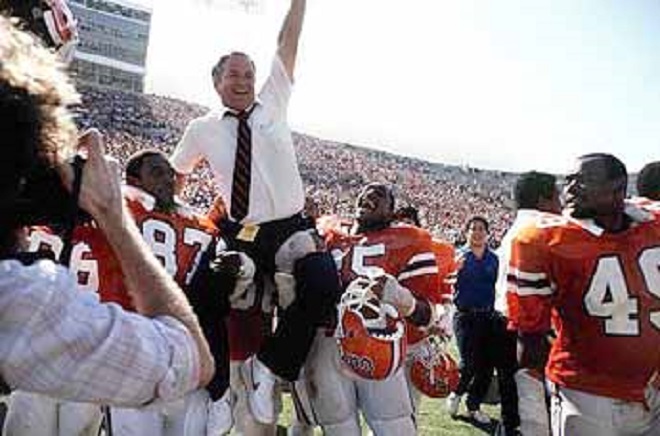 Unfortunately, the 2017 Gators reverted back to their seventies form, a comedy of errors, a tragedy not worth watching.  They haven’t won a game of a merit in a long, long time.

They lost five straight games and six of their last seven.  Friends and colleagues would text me on Saturdays this season, commenting on the games and commiserating about how abysmal this program had become.  Despite their wit, I could barely stand to look at my phone.

Before the hiring of Dan Mullen, people would ask me who I wanted as the next head coach.  My answer to them was simple.  I don’t know whether Mullen, Chip Kelly, Scott Frost or any of the other coaches rumored to fill the bill would be the better fit.

Here’s what I do know.  Whoever they hire, and it looks like it will be Mullen, will need to meet a number of requirements that comes with coaching a major college program.

The new coach will need to be thick-skinned.  He will need to be confident yet accommodating, flexible yet steadfast, and most certainly immune to the legacies Steve Spurrier and Urban Meyer left behind.

I read an article recently that talked about reestablishing a winning culture.  I’m not sure where the hell it went but it sure left Gainesville in a jiffy.  Florida is, or at least was, one of the top programs in the nation.  All it needs is a little push, a jumpstart to get the ball back and rolling, this time in the right direction. 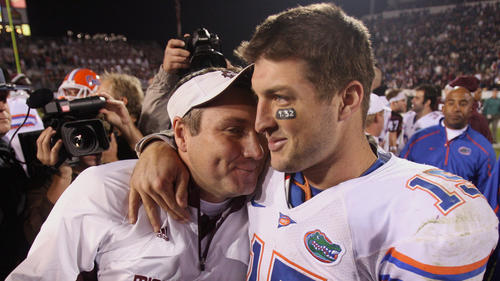 Dan Mullen was the offensive coordinator and quarterbacks coach during one of Florida’s finest hours which means it looks like the school is going for what it knows, popping an old classic into the VCR and hoping for the best.  Mullen’s a movie Florida likes and trusts, an award-winning feature film that once pleased crowds to no end.

Here’s hoping he can recreate that early production value and that we don’t get tired of the re-runs.