We take a short time-out from our annual Nick Saban-Urban Meyer Invitational for this news bulletin!

ONLY ONE OF THESE TWO COACHES WILL BE INVITED TO THE PLAYOFFS!!!

Ah… but which one, the announcement that every Buckeye and Crimson Tide fan will be losing sleep over until the bell tolls noon on Sunday. 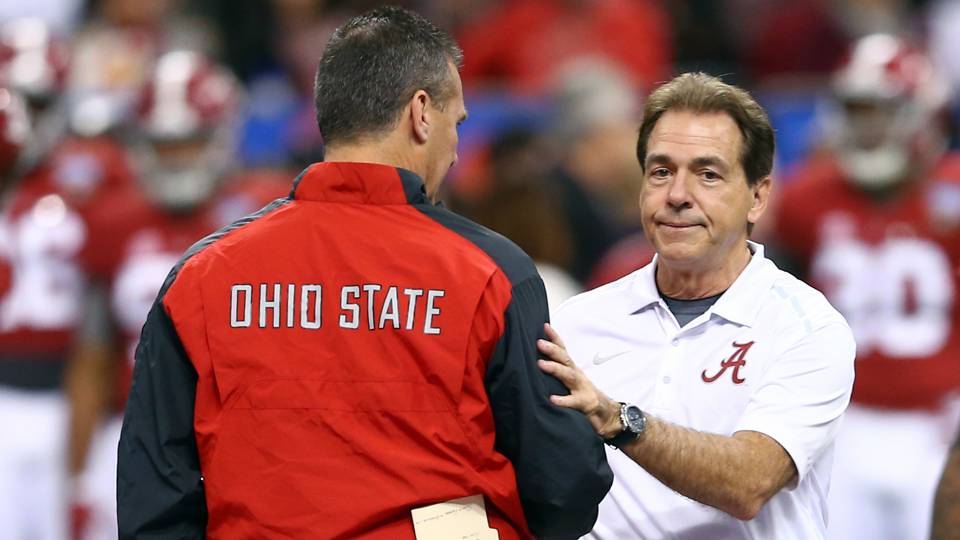 Odds are that Alabama will be the favorite to land that fourth and final playoff spot, coveted positions that Clemson, Oklahoma and Georgia have mostly likely already locked up… but in the words of one famous, college football analyst, not so fast, my friends.

Since both Meyer and Saban are sleeping about as little as their fans, and considering a legitimate case (sort of) can be made for both schools, I thought we’d have a little fun with how to best determine which school gets the nod.

Accordingly, I thought I’d come up with a few helpful (and most assuredly fun) suggestions, a final competition if you will, that each coach could perform in front of a national audience to determine which program is more deserving.

For example, they could….

Okay, so they were just suggestions.  Perhaps not the most strategic of ways to determine a national champion.  Either way, like it or not, the real answer will come at noon on Sunday without any of these contests taking place, unfortunately.

Or we could do the sensible thing and just nominate the undefeated, American Athletic Conference champion, Central Florida.

Now that, my friends, is laughable.