A few readers have asked my thoughts lately on the national title game, a proverbial mail bag in space if you will.  It was almost as if the prospects of another Alabama championship left them feeling all empty inside.  Understandably so.  They wanted to know what I thought of two SEC schools (once again) playing for a title and whether the current system determined a true national champion.

Since they asked so nicely, I thought I’d chime in with some final thoughts on the college season that was and do my best to answer their questions in an objective fashion considering I attended a school in the Southeastern Conference.

This year’s annual, national title game pitted college football’s “best two teams” against one another, both once again from the South and both representing the conference which most believe is pound for pound, the best in the country. 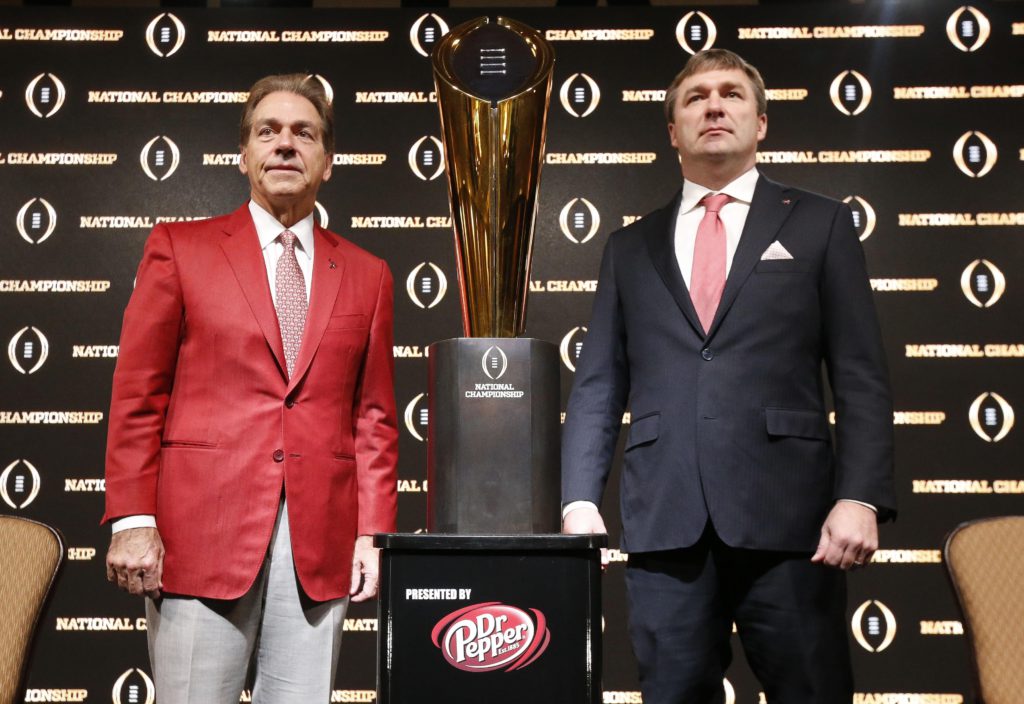 Most college football fans probably wouldn’t argue with that last statement.  After all, SEC schools have won nine of the last twelve national titles.  On the flipside, however, one could make the argument that they’ve been in the best position to do so.  Pollsters have granted these schools the most opportunity to showcase their talent.  For example, if Alabama or Auburn or Georgia begins the season ranked number one and they run the table, it’s hard to keep them out of the playoffs, even if they don’t win their division or play in their conference championship game which I should remind you, Alabama did not.

Meanwhile, schools from non-power conferences, like UCF, can go undefeated and continue to get the cold shoulder.  No one in their right mind is questioning which program is better.  Alabama’s five national championships in the last nine years far outshine what UCF has done on the college landscape of late, if not ever.  That being said, the University of Central Florida is doing their darnedest to show they belong with the big boys, including hoisting national championship banners and publicly challenging the University of Alabama to a home and away.  It’s not that Alabama wouldn’t have waxed Central Florida; it’s that we’ll never know. 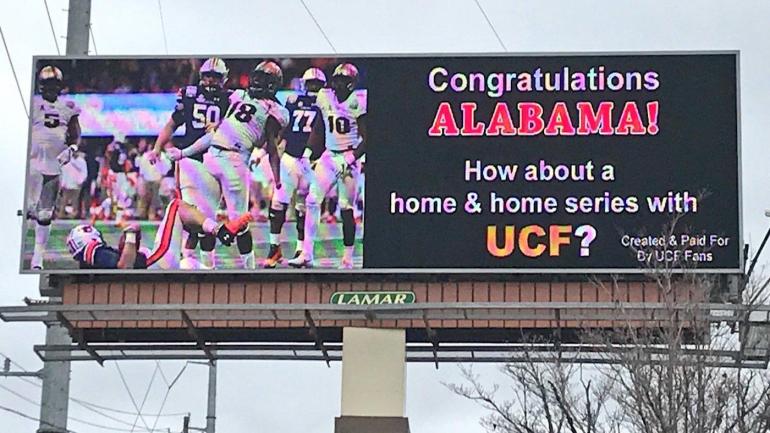 Alabama proved yet again just as Ohio State did a few years ago, that you have to be in it to win it.  After that, anything is possible, including a national title that would have done immeasurable good for a fledgling program like UCF and the rest of college football in general.  The last team invited was the last team standing.  Who’s to say it couldn’t have been anyone else?  You can’t dance if you don’t have a ticket.  The fact that UCF beat the team that beat both teams in the national title game has to leave at least a few logical thinkers (pollsters excluded) feeling uneasy and might just kick start (fingers crossed) the push to allow eight teams into the playoffs.

SEC schools were invited in by virtue of being ranked higher all season.  Had UCF, for example, started the season ranked in the top ten, it would have been harder for voters to justify their absence.  The system is rigged to reward the traditional powerhouses.  That’s the way it has always been and at least for the time being, the way it shall remain.  The system is exclusionary and despite annual efforts to make it more equitable or at least accurate, it remains far from perfect.

We currently celebrate Alabama as our national champion and very possibly, deservedly so.  The game was pretty damn riveting too.  Alabama head coach Nick Saban had to do some quick thinking mid-game, replacing his more experienced quarterback with a 19-year old, clearly not wet behind the ears Tua Tagovailoa, who overnight became a household name, if only we could properly pronounce it.  The shift in quarterbacks made Saban appear more genius than many of us already give him credit for. 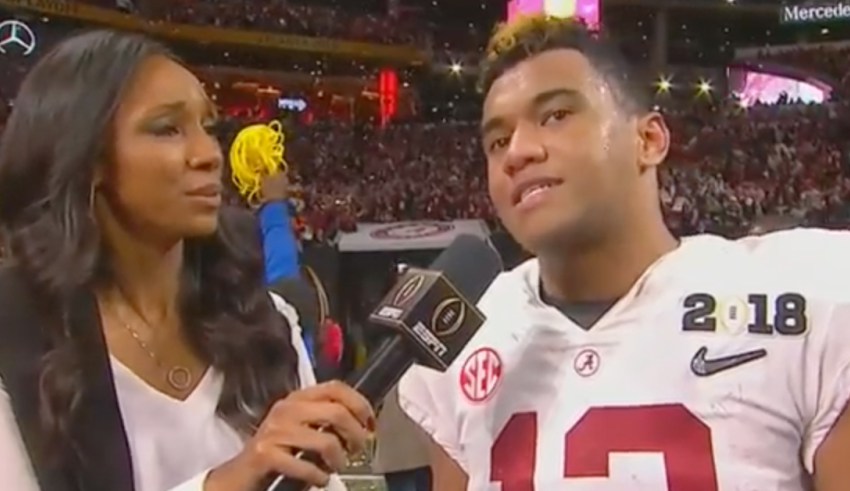 But there were a few moments in that game, for example an incorrectly whistled offsides call, that would have given Georgia the ball back after a blocked punt with some pretty good field position, giving them the opportunity to go up by three scores and more importantly, put them one giant step closer to their first national title in forty years.  This brings into question whether Alabama was in fact the best program in the nation when for thirty minutes, they were being manhandled by Georgia.  If that call gets made correctly, we might be calling another team the best in the nation.

I’m not suggesting Alabama wasn’t a deserving champion.  Nor am I suggesting that changing things to an eight-team playoff would suddenly create normalcy out of chaos.  But hey, you guys asked.

In the end, I suppose I’m okay with Alabama winning another national title.  It’s what they do.  But just like the end of any other sports season, we can’t help but wonder if the team that won is the best team overall.  The system tells us that’s the case by virtue of their 13-1 record and nothing short of miraculous overtime win.

So, we accept the outcome until we tinker with the system once again, which will happen in time.  In my mind, it just can’t happen soon enough.