I’ll admit it.  I’ve barely watched a single moment of this year’s Winter Olympics.  Sure, I glanced at the opening ceremonies, always an eye-catcher.  I’ve oohed and aah-ed at the occasional luge wipeout and yes, Shaun White winning again is a great story.  Other than that, I haven’t intentionally flipped on one of NBC’s gazillion stations to catch up on a medal count.

I’ll attribute some of that to me being much more of a Summer Olympics guy.  I don’t luge, I don’t cross country ski and I sure as hell don’t ice dance.  When it comes to Pyeongchang, I’m as confounded as my spell check.

Back in the day, just a few decades ago, there was a little something extra that fueled the Olympic fire.  That fan was called the Cold War. 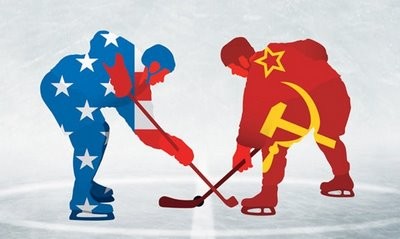 Now I’m not condoning or promoting hatred in any way.  World peace is a good thing.  But way back when, rooting against the Evil Empire (the Soviets, not the Yankees although they are equally as hate-able) made me watch.  This whole peace on earth good will towards man nonsense is bad for business.

Every story needs a good villain.  In times of peace, who are we to root against?  Last time I checked North Korea doesn’t have a bobsled team.  Or maybe they do.  I wouldn’t know.  Even Cool Runnings portrayed the Austrians as bad guys.  What these Olympics really need is a good bar fight.

I don’t mean to diminish the achievements of those athletes who have dedicated their entire lives to their craft.  I’m just suggesting picking up a sworn enemy along the way would make for a better storyline.  Would Jesse Owens’ accomplishments have been as momentous had he not thumbed his glorious, black finger at the entire Aryan race?  Exactly!

Norway.  Sweden.  Denmark.  These countries wouldn’t recognize a good conflict if it stood up and littered them with “Yo Mama” jokes.

Rocky had Ivan Drago (my second but most certainly not last Rocky IV reference of the year).  Ricky Bobby had Jean Girard.  Danny LaRusso had Johnny Lawrence.  I watch these movies over and over (and over) again because I know they’re always going to be the bad guys.  We don’t need someone to root FOR in these Olympics.  We need someone to root AGAINST! 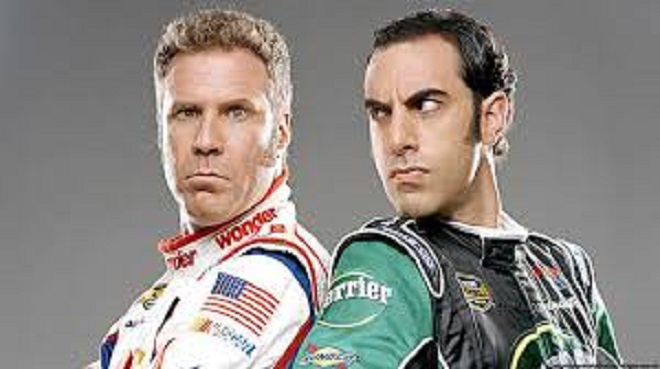 We watched the Super Bowl this year because we wanted to see Tom Brady lose.  We watch the NBA to see LeBron fall short of Jordan’s legacy.  We are a nation of haters.

Back in the day, Reebok marketed Dan and Dave because they knew that’s what we needed.  A good rivalry.

Give me a good story of how a particular Danish skier ran off with the girlfriend of an Austrian competitor and I just might tune in.

Until then, it’s all snow.