We can go on debating which are the greatest sports movies of all-time; the list is abundant.

But to me, two forgotten, early-90s sports movies stand out as underrated and particularly telling considering all that’s going on in sports nearly twenty years later.

One of these films was about an explosive, college basketball scandal just waiting to happen, kids getting paid and coaches getting caught.  The other was about gambling, injuries and pain pill addiction in a professional football league dealing with a disillusioned fan base and looking for something to do about it.  Of course, the movies I’m referring to are Blue Chips and The Last Boy Scout.

Now, before you think I’ve gone completely off the deep end, I’m not suggesting these two films make anyone’s sports movies halls of fame, although I do own a copy of The Last Boy Scout on VHS and quote Blue Chips regularly.  Both of these movies were deliciously cheesy in their production.  After all, it was the nineties and one of them starred Bruce Willis while the other starred Shaquille O’Neal.  But if you think about the premise of these two films, particularly in the midst of what’s going on today, even the cynic within would have to admit these movies were pretty spot on. 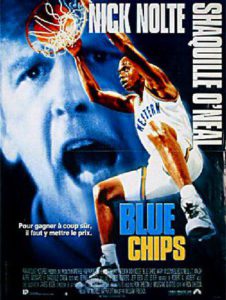 Blue Chips (1994) is about a college basketball coach named Pete Bell, played perfectly by Nick Nolte, whose program has seen better days.  Bell had won national championships in the past but running a clean outfit caused his fictitious Western University to fall by the wayside.

When high school standouts Butch McRae (Anfernee Hardaway), Ricky Roe (Matt Nover) and Neon Boudeaux (Shaquille O’Neal) express interest in playing for Bell, McRae and Roe demand to be compensated for their attendance.  Bell (Nolte) goes against his gut and agrees to give his players what they want.  McRae’s mom gets a new house and Roe’s family gets a tractor all thanks to the school’s biggest booster, played scumbaggishly to a tee by the late, great J.T. Walsh.  The following season, Western U. puts out a star-studded line-up of high school talent until it is discovered that Bell had recruited these players illegally.

Bell eventually comes clean at the movie’s end, confessing his sins at a post-game press conference.  “I’ve become what I despise.  I’ve cheated my profession,” Nolte mumbles under his breath into the microphone.

Of course, the only fictitious part of the whole movie is that no real life college coach would ever admit to wrong-doing.  Rick Pitino, who ironically has a cameo in Blue Chips, has yet to admit guilt and the recently accused, allegedly wire-tapped and most likely soon-to-be-resigning Sean Miller has been mums the word as to the $100,000 his school (allegedly) paid Deandre Ayton.

Calling college basketball dirty was hardly ground-breaking for Blue Chips.  Cheating in college basketball in one form or another has been going on since the game became big money.  But in its heyday, Blue Chips brought the issue to the forefront.  Sean Miller and Rick Pitino have done so again almost twenty years later.  Back then, we laughed at the movie’s incredulity.  Today not so much. 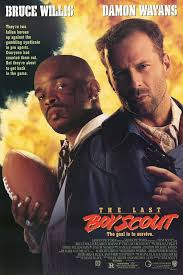 The Last Boy Scout (1991) is about a down-on-his-luck detective Joe Hallenbeck (Bruce Willis) who helps uncover a crime involving a crooked politician and an even more crooked football team in a league that is struggling to attract viewers because of the actions of its players.  Damon Wayans plays Jimmy Dix, a quarterback who has been banned from the league for pain pill addiction and gambling.  Willis and Wayans end up running around L.A. solving a crime related to all the crap that’s going on in the movie, that gratuitously includes a young, scantily clad Halle Berry.  Despite all the blown-up cars and Willis one-liners, the overall premise of the film has to do with how important gambling is to the sport and how the league wants to introduce legalized gambling to save its sinking ship.  “Why is there an injury report in pro football? Nobody else has one, only pro football does. You know why?  It’s so the gamblers can have an accurate spread.”

The film is dark and depressing despite its nineties-ness.  Albeit sensationalized (like the NFL isn’t), the movie not so subtly tackles some hard-hitting issues that are still prevalent today.  It might not make anyone’s top ten sports movies list but the mere fact that it brings up a league on the decline suddenly pro-gambler is pretty edgy stuff, even for a Bruce Willis action film.  Heck, the movie’s opening scene features a player blowing his brains out during a game on primetime television.  CTE, anyone?

Here we are in 2017, years after these films were put out and we are dealing with the same damn issues.  How’s that for progress.  The NFL in all its glory has yet to figure out how to handle player safety and as other professional leagues take the forefront on legalizing gambling, rest assured the most bet-on of all sports is silently jockeying for position to gain its proper piece of the pie.

College basketball remains a corrupted mess.  Not only is the fringe fan no longer watching like they used to, the entire sport still can’t determine how (or even whether) to properly reimburse its student athletes.  Meanwhile, no one with NCAA printed on their business cards is starving for their next meal.  I don’t know who handed Deandre Ayton a briefcase containing $100,000 or whether Sean Miller was in the room at the time but I can guarantee you one thing.  Other programs offered Ayton way less, which is why he ended up in Arizona.  So, who are those other schools and why aren’t they under the microscope as well? 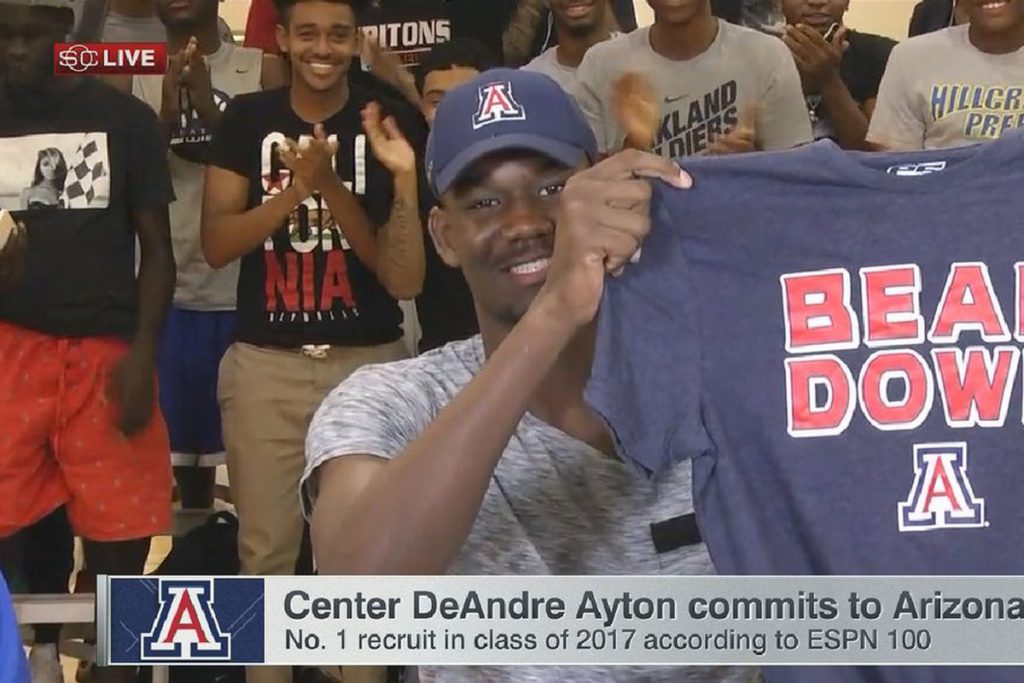 This doesn’t intend to be an article expressing the pros and cons of paying college athletes or how the NFL is whole heartedly self-serving.

I’m just saying Blue Chips and The Last Boy Scout were two, pretty good damn sports movies that are worthy of a re-watch. They were trite and uber-nineties but also far more ahead of their time than anyone outside this blogpost is willing to give them credit for.