SportsChump is a website of the people, by the people and for the people.  Many of you reading at this very moment have contributed in your own particular way to this little chunk of cyberspace, whether it’s by commenting, submitting an article, participating in a Q&A or entering one of the countless contests and/or pools we’ve hosted over the years.

Others have sent pictures, videos and stories and have often been handsomely reimbursed for their efforts… and by “handsomely reimbursed,” I speak not of money but rather relishing in the pure enjoyment of having participated in your own unique (and non-reimbursed) way to one of America’s great, independent sports websites.

Recently, a friend who goes by the name of Captain White Belt submitted a video that I simply had to share.  Like the rest of you, he too shall be reimbursed with a sincere thank you and the joy of having his name mentioned on the internet.

In case you’ve been living under a rock lately, the man they call Tiger Woods is back on tour.  He recently made quite a splash. 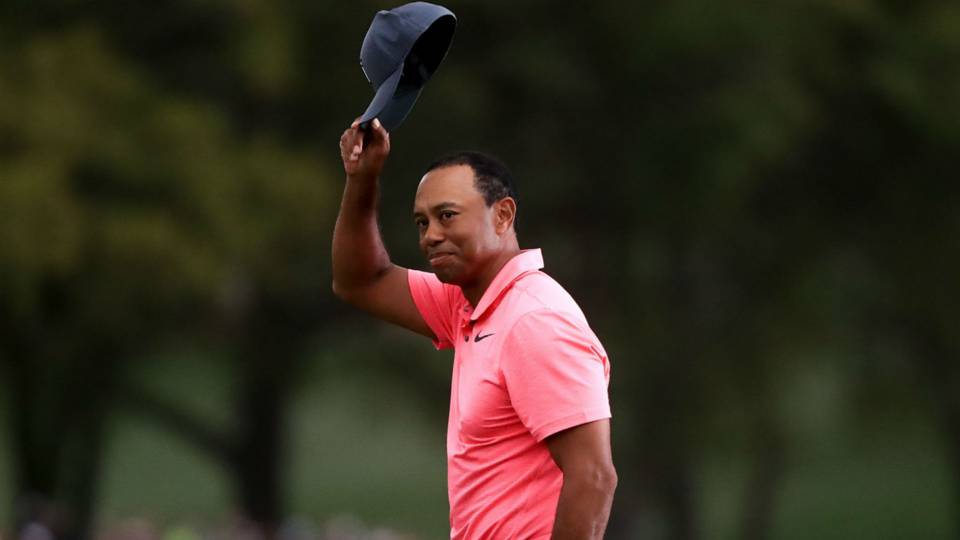 As one who lives in the immediate Tampa Bay area, I can tell you firsthand that last weekend’s Valspar Championship was the talk of the town.  A PGA Tour event that had previously taken a back seat to other Florida tournaments like Sawgrass and Bay Hill, Valspar had suddenly become all the rage.  That’s because a Tiger was let out of his cage.

Early in Thursday’s round, Tiger Woods had actually taken the lead.  It was the first time in years that a man who is STILL the world’s most famous athlete (if he’s not, he’s pretty darn close) sat atop a PGA leaderboard.

He was in contention for most of the weekend.  Even down the stretch, talk of him winning vaulted PGA Tour television ratings back to where they once were when he dominated the sport.

Spoiler alert, Tiger didn’t win the tournament.  He finished one stroke off the lead.  But that wasn’t before he gave us one of the more memorable golf shots in recent memory.

On the 17th green, needing to finish birdie-birdie to tie Paul Casey who was resting uncomfortably in the clubhouse with a four-round score of ten-under par, Tiger Woods lined up for what had to be a fifty-foot putt.

Many of you saw it on television or heard about it afterwards.  For those of you who didn’t, here’s how Captain White Belt, who drove all the way out to Palm Harbor, saw it through his own eyes.

And to think, he and I had nearly been thrown off this very golf course only a few weeks prior.  That’s a story for another time.

In the meantime, enjoy the view and kudos to Captain White Belt for sharing the video.  Your check is in the mail.