When sports commentary blowhards (present company excluded, of course) play the reactionary, “biggest or best ever” card, they’re generally doing so strictly for ratings.  This week when you hear them talk about a little school in Maryland, however, they might just have a point.

My phone was blowing up on Friday night.  I was working and couldn’t respond but knew exactly what all the fuss was about.

A storm was brewing and I’m not referring to the thousands of green beer drinkers and shot takers that would descend upon our humble, little Irish pub the very next day. #StillRecovering 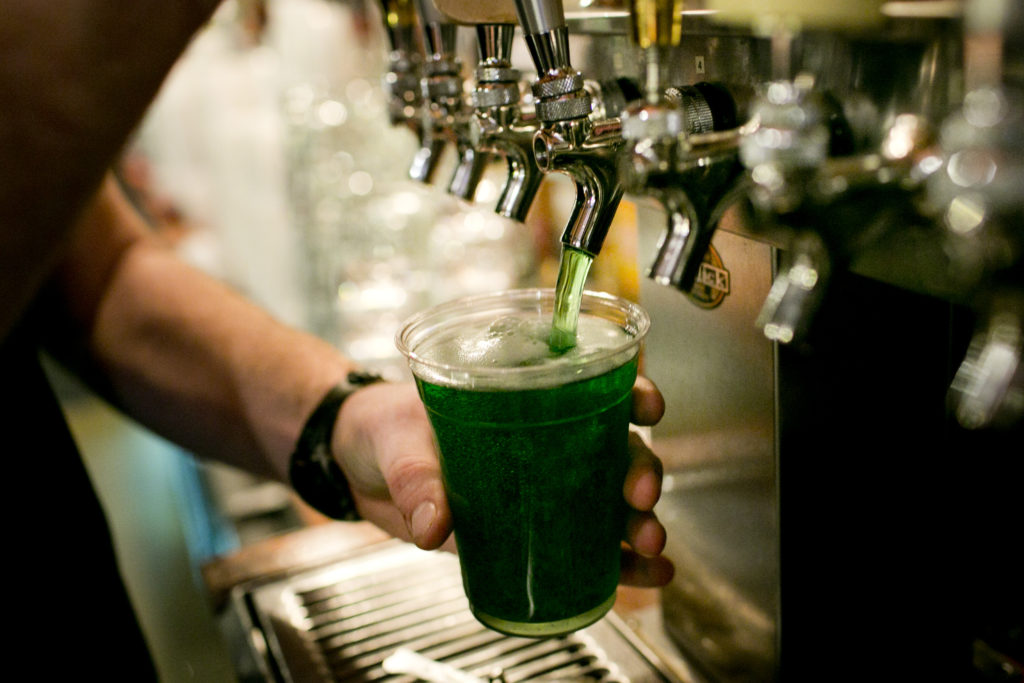 A school you had literally never heard of had just toppled a giant.  It was the first time in history a 16-seed had knocked off a number one.  It hadn’t happened in 135 tries!  The playoff format switched to 64 teams in 1985 which means we’ve had 33 years of close but no cigars.

That was until the University of Maryland Baltimore County (who?) etched their way into history by beating Virginia, a school who about 20% of the nation, including yours truly, had winning the entire thing.

Croshere was just one of my friends who sent me repeated “Did you just see that?!?” texts.  You could tell he sat in shock from his sofa miles away.  The vodka and reality of it all had set in.  A sports fan of the highest order, he proceeded to run through the greatest historic upsets in his head, or at least the ones that had occurred within our lifetime, to try to put UMBC-UVA in its proper perspective. 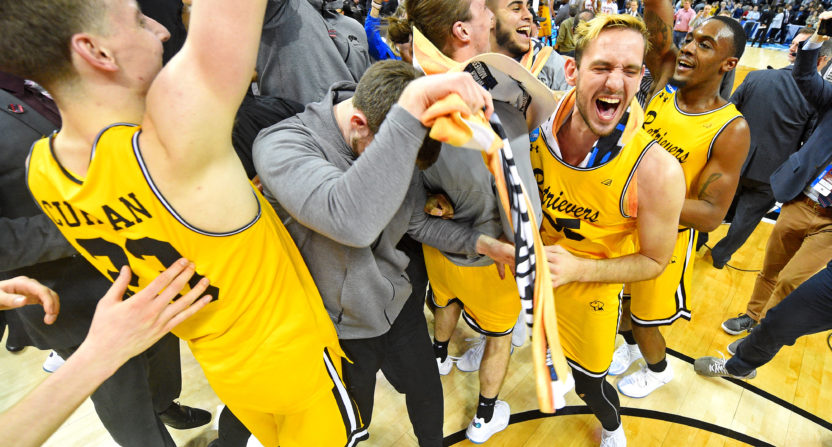 I’m not sure Baltimore over Virginia beats the greatest boxing upset I can recall.  Much like UMBC, nobody had ever heard of Buster Douglas prior to the night he sent Mike Tyson and his mouthpiece to the canvas but for the sheer magnitude of the defeat, one would think the heavyweight championship of the world would rank a touch higher than a March Madness first round matchup.  While Virginia was a 20-point favorite, oddsmakers didn’t even have a line on the Tyson fight that night.  Of course, all heavyweight boxers not named Marciano eventually lose and just like our good friend J-Dub points out, it was only a matter of time before a 16 beat a 1.  That night in 1990 was not Tyson’s time just like Friday night was not Virginia’s.  But is UMBC’s upset bigger than Buster’s?  I’d say no but that may all depend on how long it takes before we see it happen again. 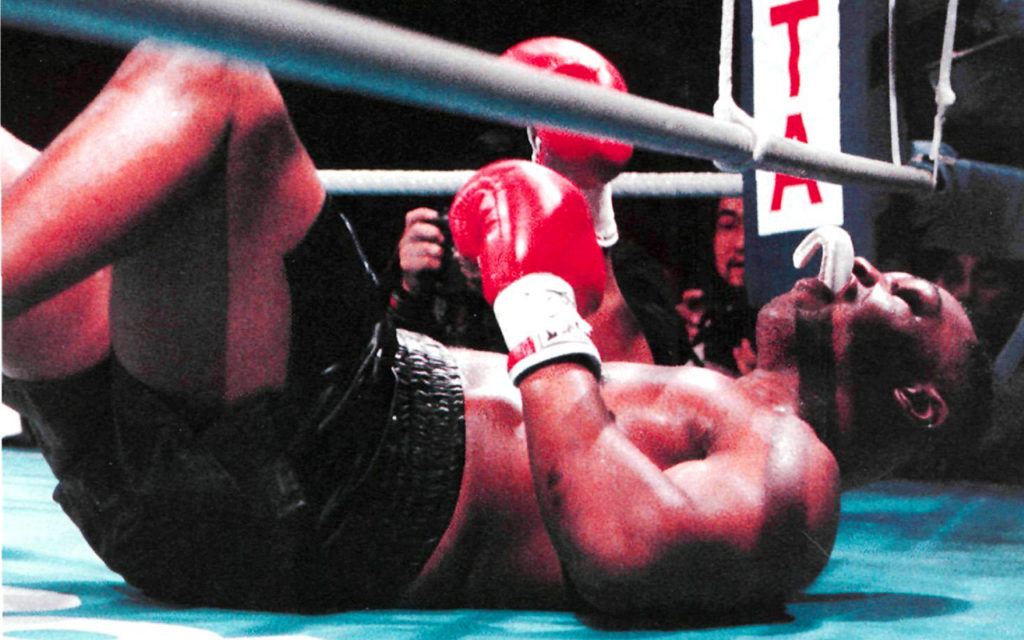 U.S. Men’s hockey knocking off the Soviets in the 1980 Olympics, smack dab in the middle of the Cold War, is often mentioned as one of the greatest upsets in history, at least from an American-centric standpoint.  I don’t suppose UMBC could topple that one either.

After that, however, I’m drawing a blank as to what other monster upsets rank alongside what we witnessed last weekend.

Other modern historic upsets include the Giants beating the unbeaten New England Patriots in Super Bowl XLII but at least there was a money line in that game.  I remember because Croshere and I had money on the Giants.  Although nobody gave the G-Men a shot at winning, it was at least somewhat conceivable that it could happen.  There was also Namath predicting victory over the heavily favored Colts in Super Bowl III.  The Colts were 17-point favorites.  That’s how far you have to go back to find an upset of that magnitude.

In the opening game of their 2007 football season, the Michigan Wolverines lost at home to Appalachian State.  Michigan Stadium seats over 107,000 people, about five times the annual enrollment of Appalachian State.  The line in that game was Michigan by 27.  That mattered not as Appalachian State won in Ann Arbor much to the shock of everyone.  Like Friday’s UMBC-UVA game, there was no money line to wager on because the point spread was too big.  That App State game ranks among the latest and greatest upsets in modern history.  The game even has its own Wikipedia page!  However, considering it was a regular season game and UMBC-UVA was in the post-season, I’m inclined to give UMBC the nod. 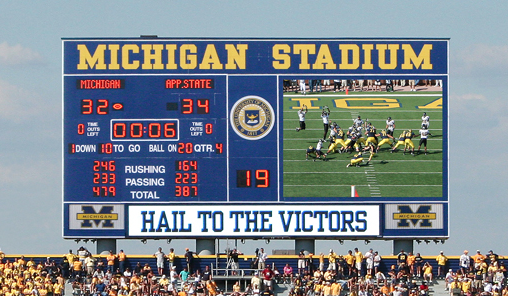 Back in the spectrum of college basketball, we might put Jimmy Valvano and NC State knocking off Hakeem Olajuwon, Clyde Drexler and the Phi Slamma Jamma ahead of UMBC-UVA because of context.  After all, it was the championship game of the tournament and not the opening round although if you wanted to make a case of ranking UMBC-UVA ahead of it, I’d certainly listen to your argument.  UVA also lost to Chaminade with Ralph Sampson making them the answer to two March Madness trivia questions they want no part of.  Similarly, Villanova knocking off Patrick Ewing and Georgetown in the 1985 final game was a monstrous upset but Villanova was an 8-seed not a 16 and the line in this game most certainly wasn’t 20 points.  But again, it’s all about context.

It was a pretty big deal when Dikembe Mutombo’s Denver Nuggets knocked off the one-seeded Seattle Supersonics back in 1994.  That had also never happened before but it has happened since, like when the pre-Steph Curry Golden State Warriors team knocked off the top-seeded Dallas Mavericks in 2007. 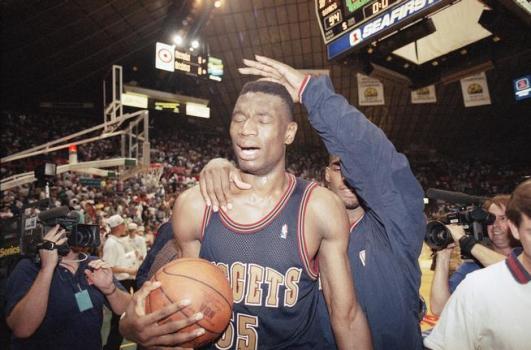 Either way, I think you get the gist.  You have to go pretty far back to find an outcome as unlikely as Virginia, a team that rolled through the toughest conference in college basketball, getting trounced by the University of Baltimore Maryland County, a team that lost to Albany by over 40.  Ironically, 40 is the difference between what Virginia was favored by and ended up losing by.  Ah, how it all comes full circle.

Friday night’s upset was so rare that I had Virginia winning in almost every bracket I entered and I couldn’t even be pissed.  I’ve learned over the years that being upset at history really makes no sense at all.

UMBC-UVA is why, despite the NCAA and its multiple misgivings, we appreciate March Madness as the best four-day stretch in sports.  Games like that are why we believe in sports in the first place.  It’s also why I almost always bet on underdogs, because on any given day, absolutely anything can happen: a mouthpiece on the canvas, a miracle on the ice and named previously unheard of forever etched in stone.