“If you leave me now, you take away the biggest part of me.  Ooooh, baby, please don’t go.”

It was 2004 and I was living in Orlando.  That night Tracy McGrady’s Houston Rockets happened to be playing an ordinary, regular season basketball game against the San Antonio Spurs.  That was… until it wasn’t.  This was back when Manu Ginobili had hair and Gregg Popovich was only a slightly ornery basketball coach.

With the game seemingly out of reach, I walked outside to take out my trash.

I walked back inside a few minutes later to realize that the Rockets, down by eight with less than a minute left, had come back and won the game.  Tracy McGrady had just scored 13 points in 35 seconds and I had missed it!  That’s what I get for doing chores.

Do yourself a favor and watch this video in its entirety.  It goes far into proving my point.

In 1994, I watched the annual Florida-Florida State game with some friends, one of whom happened to be a Seminole fan.  Nobody’s perfect.  That year, the Gators had taken a commanding 31-3 lead.  It was to be Steve Spurrier’s first ever win in Tallahassee.  All seemed lost for FSU and my Seminole friend stormed out of the house, refusing to watch any more.

What he missed was one of the most improbable comebacks and what remains to this day one of the most painful games I’ve ever endured.  Perhaps I should have been the one who stopped watching.

The Seminoles came back to tie the game, which ended in a final score of 31 apiece and will forever be referred to as “The Choke at the Doke.”

I bring all this up because an interesting thing happened to some friends of mine the other night.  As it turns out, nobody is immune to a little premature debarkation.

Lightning season ticket holders, the face painters had had enough.  Disappointed with the play of their team, they had watched the Bolts go down 3-0 late in the second period to the Toronto Maple Leafs.  Tampa Bay was getting outplayed.  The face painters decided to exit the building, even going so far as to post on social media “My hockey name is “First Round Exit”.  Fuck this team. Went home at 3-0 because my money is better spent elsewhere.”

They might not live that one down for a while.  In spectacular fashion, the Bolts came back and won the game 4-3. 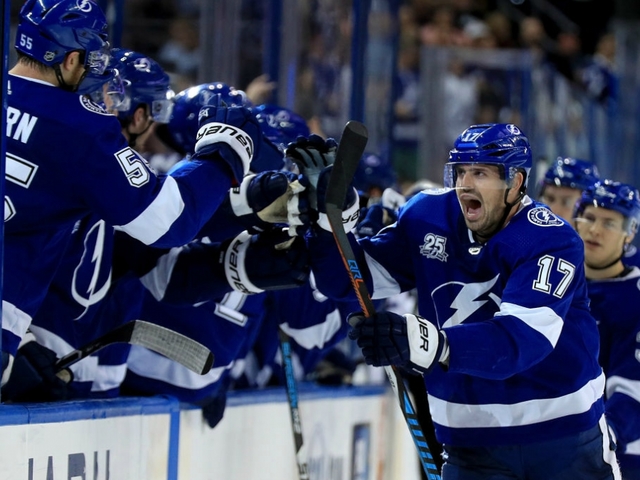 The face painters weren’t alone in leaving early that fateful night that may have just turned around a season.  Even our beloved Dr. Milhouse decided he had seen enough, opting to go home and drink scotch and eat ice cream instead.  It’s the post-game meal of champions… and premature debarkaters.  Fortunately, he turned on the tube to catch the end of the game.

The Bolts comeback wasn’t even the biggest collapse of the night.  Up by two with the ball at the free throw line, the Oklahoma City Thunder had sealed up victory in Boston.  That was until Carmelo Anthony missed both his free throws and Marcus Morris hit a three-pointer at the other end to give Boston the victory and remind ‘Melo just how empty his NBA career must seem.

Want more?  Last weekend, Cincinnati led Nevada by 22 points in the second half.  The game was a wrap… until it wasn’t.  Nevada advanced.  It was the largest second half comeback in tournament history.  New England over Atlanta, Cavs over the Warriors, Frank Reich over the Oilers.  Comebacks happen and when they do, we don’t want to miss them.

So, what’s the moral of this story?  If we haven’t already learned anything from Chicago, Yogi and Lenny, we may never.  Maybe one day, we’ll all get the message.  Until then, let’s hope that sport keeps reminding us how wrong we can be when we tune out early so that we can all have fabulous tales of regret to share.

14 thoughts on “The never-ending regret of premature debarkation”