A few things have come to light after hosting the first two rounds of this contest to end all rock contests.

A quick look at our Sweet Emotion Sixteen, which we’ll get to in just a bit, doesn’t hold all that many surprises but it is still quite telling.

One is that they’re all fucking awesome.

Our voting to get them to this point has taken many forms but it appears the majority of us voted sensibly, based on several, different factors that all these bands have in common.

Longevity:  All the bands in the Sweet 16 were not flashes in the pan but rather released hit after hit for years if not decades.  Their music has stood the test of time.

Reinvention: All the bands on this list changed with the times, often reinventing themselves and their sound while not sacrificing their art form.

Personal preference: While we all voted with our hearts.  More often than not, those opinions jibed with which bands were in fact “better.”

Recognition:  It should come as no surprise that for the above reasons and many others, all sixteen bands listed below are in the Rock and Roll Hall of Fame.

Without boring you with any more words, I know we all want to get to the voting… but be careful what you wish for.  With each round comes more difficult decisions, as you will soon see. 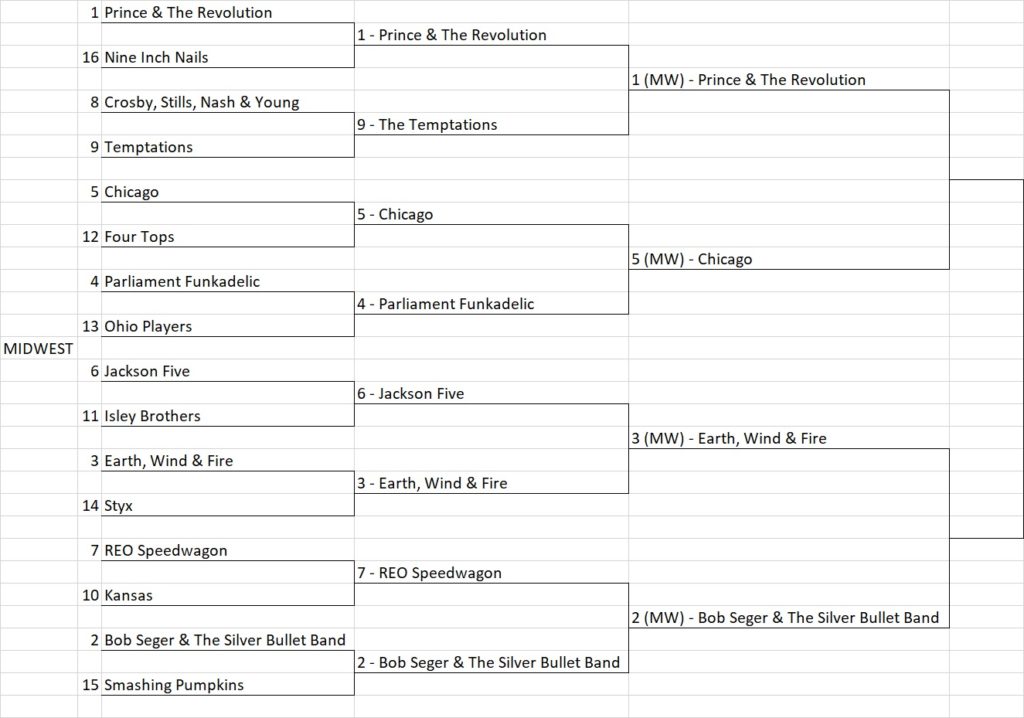 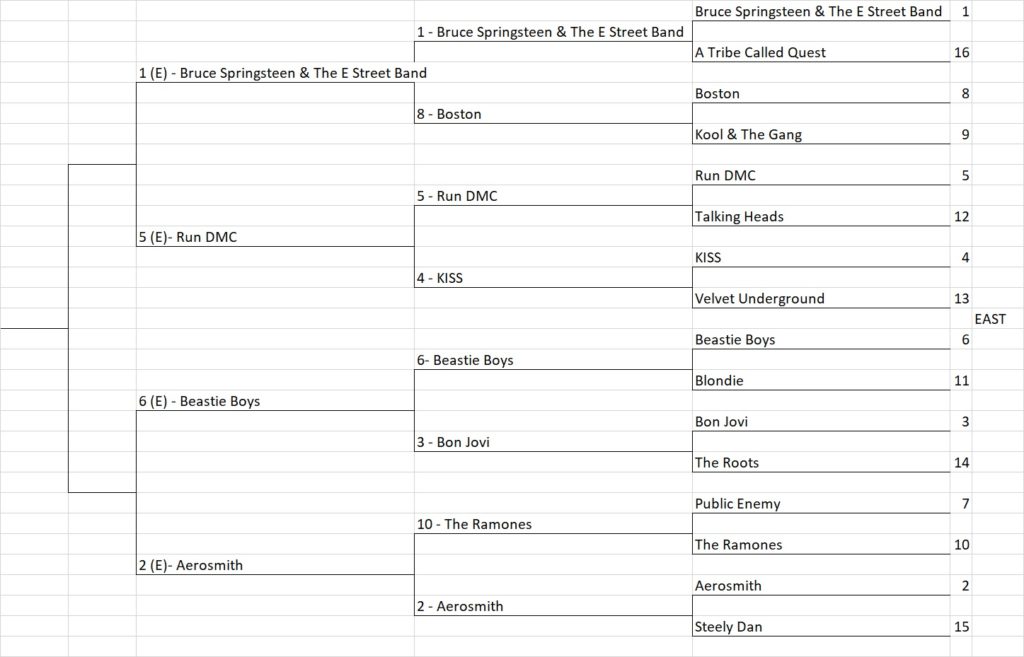 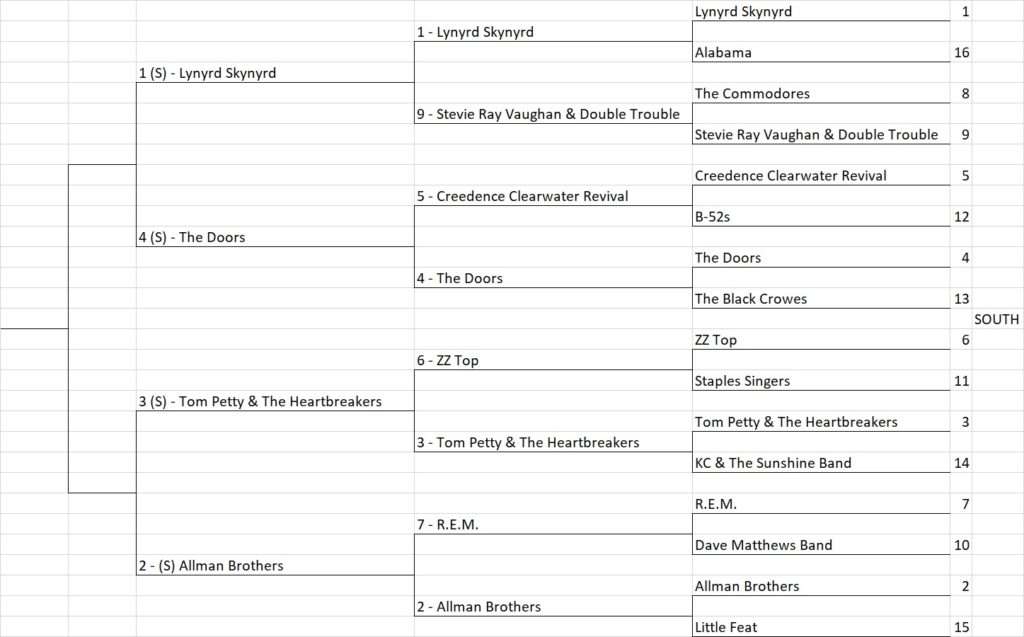