JR Smith is a knucklehead.

If you’ve been watching the NBA for any amount of time, you’d know this.  You just might not have realized the full magnitude of it until Thursday night.

When a trade brought Smith to the Cleveland Cavaliers in 2015, I was convinced they would never win a title with him on their roster.

JR Smith was an important (small ‘i’) part of the Cavs run to a championship in 2016.  And when it was all said and done, we suddenly felt for Smith as we saw him take the podium post-Game Seven, crying tears for all the world to see.  Flighty JR Smith of the streaky shooting and the neck tattoos was finally of championship pedigree.  It was his swansong of redemption. 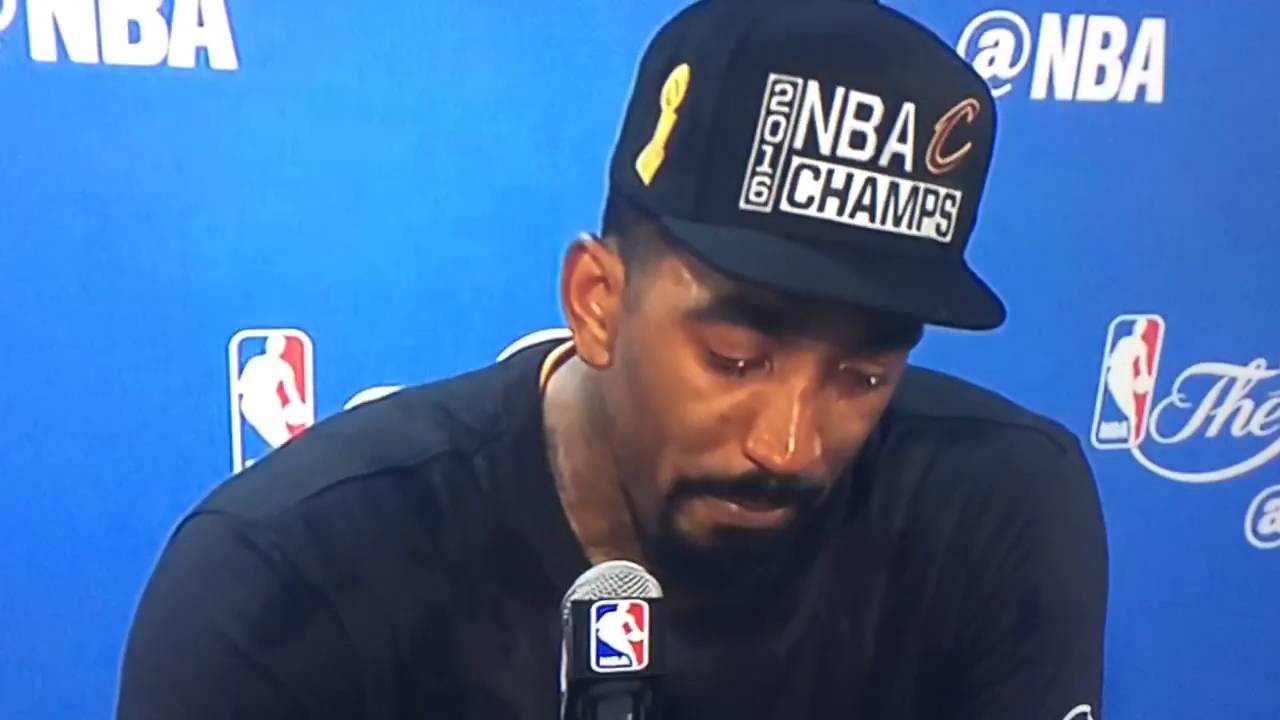 Then came Game One of 2018 and an altogether different reason to cry if you’re a Cavs fan.

JR’s final second anti-heroics will go down in the all-time pantheon of historic sports blunders: Leon Lett trying to gain possession of a blocked field goal on a snowy Thanksgiving Day, Chris Webber calling a time out when he didn’t have one and Tonya Harding thinking she could best her rival by having her bodyguard club her in the shin without getting caught.

Welcome to the wrong side of immortality, Mr. Smith.  You now have a front row seat.

If there was ever an example of LeBron James doing more (51 points, 9 rebounds, 9 assists) and his teammates (or at least one in particular) doing less, it was Game One of the 2018 NBA Finals.  If JR Smith was a Colombian soccer player and not a Cavalier, let’s just say he wouldn’t be heard from again.

The irony resides in the fact that, on the play in question, Smith’s offensive rebound, Cleveland’s 19th of the night, was brilliant.  It just happened to be followed up by a historically boneheaded play that might have cost his team a championship.

In case you missed it, George Hill was at the free throw line with under five seconds left on the clock and the opportunity to put his Cavs up one.  The score was tied at 107.  When Hill missed his second free throw, Smith out-positioned the much taller Kevin Durant to secure the rebound.  Smith then opted to dribble outside the lane and run the clock down to zero, which is something one does when his team has the lead, which they didn’t, not when they’re tied, which they were.  So basically, JR Smith was the only person on the planet who didn’t know the score of the basketball game he was playing in. 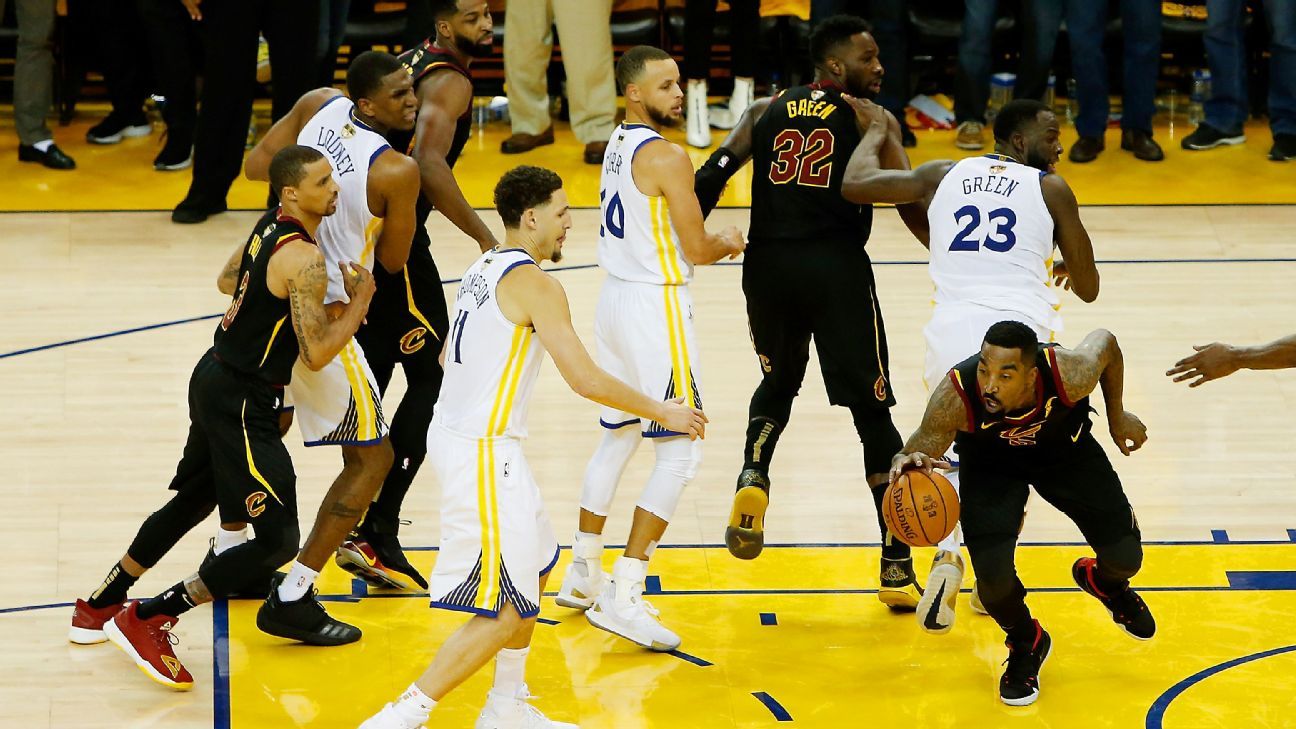 We always knew Smith was special.  This just solidified our notion.

The interesting thing is that if I told you before these Finals that the Cavs would somehow lose a game because JR Smith would do something stupid, you wouldn’t be all that surprised.  You just couldn’t possibly have imagined it would happen like it did.

To be clear, JR Smith is not the only reason the Cavaliers lost Game One.  There was the reviewed judgement call that turned a charge into a block.  There was George Hill’s missed free throw that left the game tied and prompted the Smith rebound in the first place.  No, Smith wasn’t the only reason the Cavs lost.  He was just a very, very big one.

He could have called time out.  He could have gone back up with it.  He could have just stood there and waited to be fouled.  Basically, anything other than directly handing the ball to a Golden State Warrior would have been a better option than what he ended up doing.  Keep in mind, the Cavs might not have made the shot had he called time out… but at least they would have had a look.  Had Smith gone back up with the rebound, another viable option, the shot might have been blocked, giving Golden State the ball back with a few seconds to spare… and we’ve all seen what Steph Curry can do with a few seconds left.

But none of that happened.  Smith thought his team had the lead and was hoping to run out the clock.  Scoreboard, JR, and not in a good way. 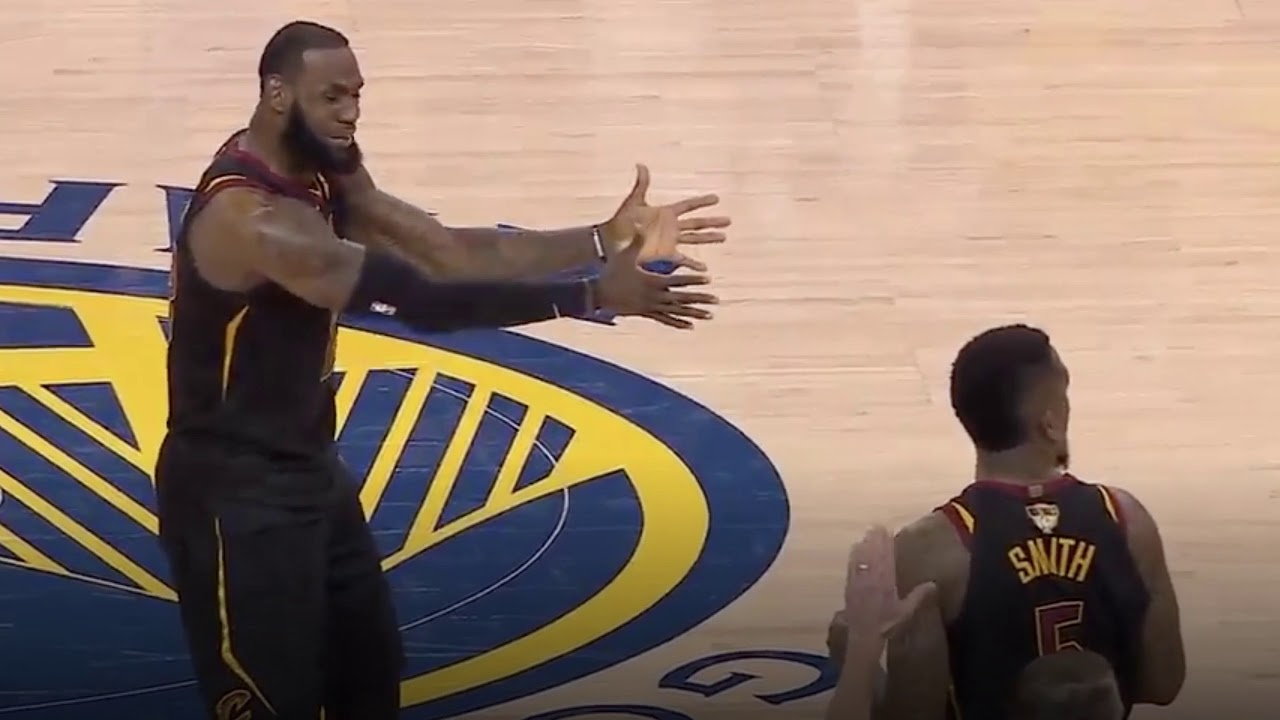 I can assure you JR Smith has gotten very little sleep over the last 48 hours.  It’s unfortunate that this game will be remembered for Smith and a Cavs loss rather than LeBron’s 51 and a Cleveland win.

A loss is only a loss no matter how devastating it might seem.  This series is far from over.  JR Smith will get another chance to sing a song of redemption.  He just has to pay closer attention.