Let me begin this post by congratulating James Harden of the Houston Rockets for winning his first ever Most Valuable Player Award.  He is an insane talent and a joy to watch play the game.

That being said, a friend of mine, who is by no means a LeBron James fan, sent me this infographic the other day. 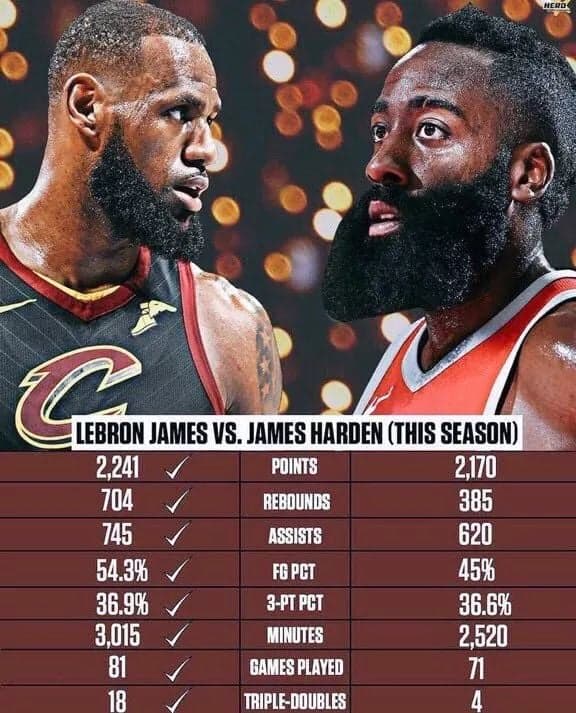 Before we get into this discussion, I want to be clear.  This is not a debate over whether James Harden, LeBron James or anyone else should, or should not, have won this year’s MVP.  Harden has been a near miss for several years, finishing top five in MVP voting three of the last four seasons.  This year, he once again put up video game-like numbers, leading his Rockets to the league’s best regular-season record.  For anyone paying attention to Harden’s progress, and the way voters had been voting, it was only a matter of time before Harden took home the hardware.

Not all that long ago, there was a time when Michael Jordan reigned supreme.  While Jordan has (only?) five MVP awards to show for it, he was arguably the best player in the league for far longer than that.

Similarly, LeBron James has four MVPs.  He has been the best all-around player in the league for well over a decade.

Back when Jordan wasn’t hauling in MVPs year after year, many of us questioned why he wasn’t being given the award.  We chalked it up to the logic that not only was he competing against other players in the league but also what he had done before.  If he couldn’t top what he had already accomplished, voters HAD to give the award to someone else. 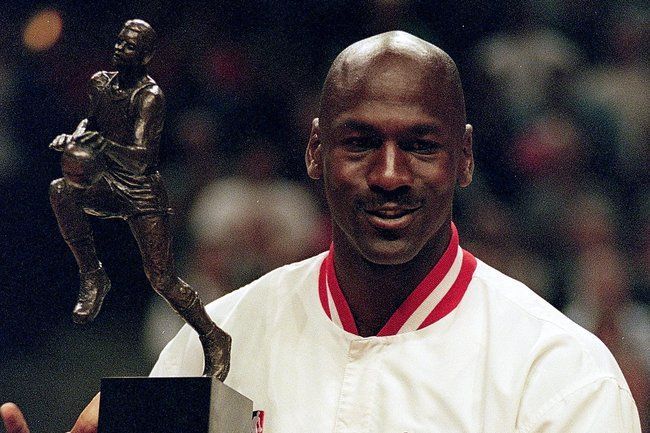 Jordan won his first MVP trophy in the 1987-88 season.  Here’s a list of all those who won it from then up until he retired, for the second time:

93-94 Hakeem Olajuwon (Jordan out of league)

In all but one of the years listed above, Jordan led the league in scoring, which is what James Harden did this year.

There are no set rules for determining a Most Valuable Player.  Nation-wide media members vote who they feel was the best player that season.  That can mean the most statistically dominant, who they perceive was most valuable to their team or any other random factor they deem appropriate in determining a player’s worth to his team and the league.

Media members vote for their top five players assigning them 10, 7, 5, 3 and 1 point respectively depending on where they fall in that voter’s rankings.  This year, James Harden and LeBron James were the only two players to receive first place votes, with Harden winning 86 of those votes and James winning 15.  James received the bulk of the second-place votes.  In other words, it wasn’t all that close.

One could certainly make the argument that Harden was better than James this year.  Obviously, many did, hence the new trophy that adorns Harden’s mantelpiece.  After all, Harden’s Rockets gave the Golden State Warriors a far better run for their money in the Western Conference Finals than LeBron’s Cavs did in the Finals.

One could also make the argument that Harden played with far superior talent.  It’d be nice to say that players who have done the most with the least generally receive the award, which is why Anthony Davis, Damian Lillard, Russell Westbrook and Giannis Antetokounmpo all received votes and why Curry and Durant might never win another as long as they’re playing in Golden State.  But Harden won it over James and all other those guys with far more talent so you can throw that argument out with the baby’s bathwater.  What’s done is done and Harden is your MVP. 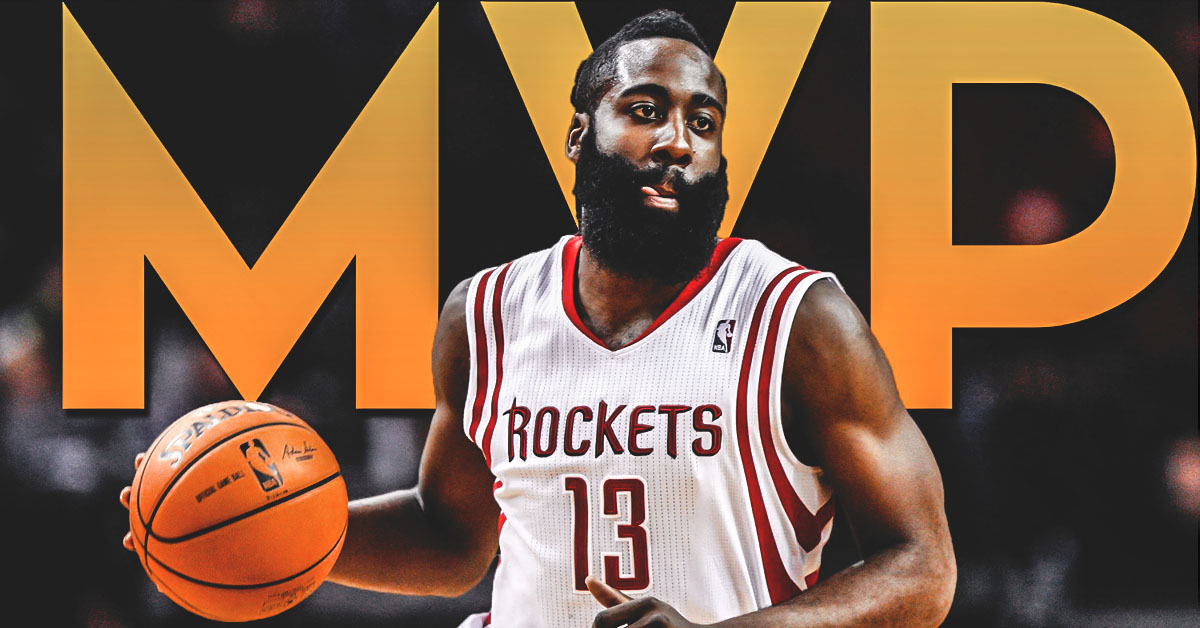 The NBA MVP award is as coveted as an individual award as there is.  Players that’ve won the award and haven’t won a championship would gladly trade it for a title but that doesn’t change the fact that there haven’t been all that many MVPs in NBA history.  Only 33 different men have won the award since it was first given after the 1955-56 season.

When it comes to measuring one’s greatness over time, MVPs won is a measuring stick (except of course when it comes to Kareem Abdul-Jabbar, which is surprising considering he has more NBA MVPs than anyone who played the game, not to mention three college titles, yet is rarely mentioned in the conversation).  For those of you who consider MVPs the end-all be all of sports arguments, keep in mind that two of the greatest players of the last generation, Kobe Bryant and Tim Duncan only have one regular season MVP award each.

I guess my point is, if the MVP isn’t given to the league’s best overall player (this year’s NBA Finals MVP Kevin Durant finished 7th in voting!), doesn’t that devalue the award itself?

What it boils down to is this: Voting for the MVP Award is an inexact science.  That’s what makes the award so great and so flawed.  It is simultaneously the right and the wrong way to measure history.

James Harden is a great basketball player.  He is not the best player in the league and might never be.  But in 2017-18, he was voted most valuable.  Take it for what it’s worth.

22 thoughts on “Questioning the MVP (Award)”