Good basketball stories make for good basketball movies.  Kyrie Irving’s camp wanted to take that a step further.  The made up, make-up gloriousness that is Uncle Drew is our result.

Based on his rather successful Pepsi campaign, Irving plays (and plays well) an elderly gentleman named Uncle Drew who today’s basketball-playing “youngbloods” think is a sweat suit-wearing has been who can no longer ball.  In the ads, Irving dresses as the venerable Uncle Drew who takes to the court and dunks on an unsuspecting younger generation to the oohs and ahhs of those watching along.  None of them know Uncle Drew is actually one of the NBA’s greatest young talents in disguise.

Irving proves that old guys still got it.  I can relate.

Of course, Irving is not old.  He’s 26 and one of the NBA’s best players.  He just looks old thanks to the amazing make-up artists that remind us in more ways than one to Eddie Murphy’s Coming to America.

Someone at Pepsi thought it would be a good idea to make a feature film based on Uncle Drew’s character.  It’s a good thing they did because right out of the gate, it’s easy to rank Uncle Drew as one of the top ten basketball films of all time. 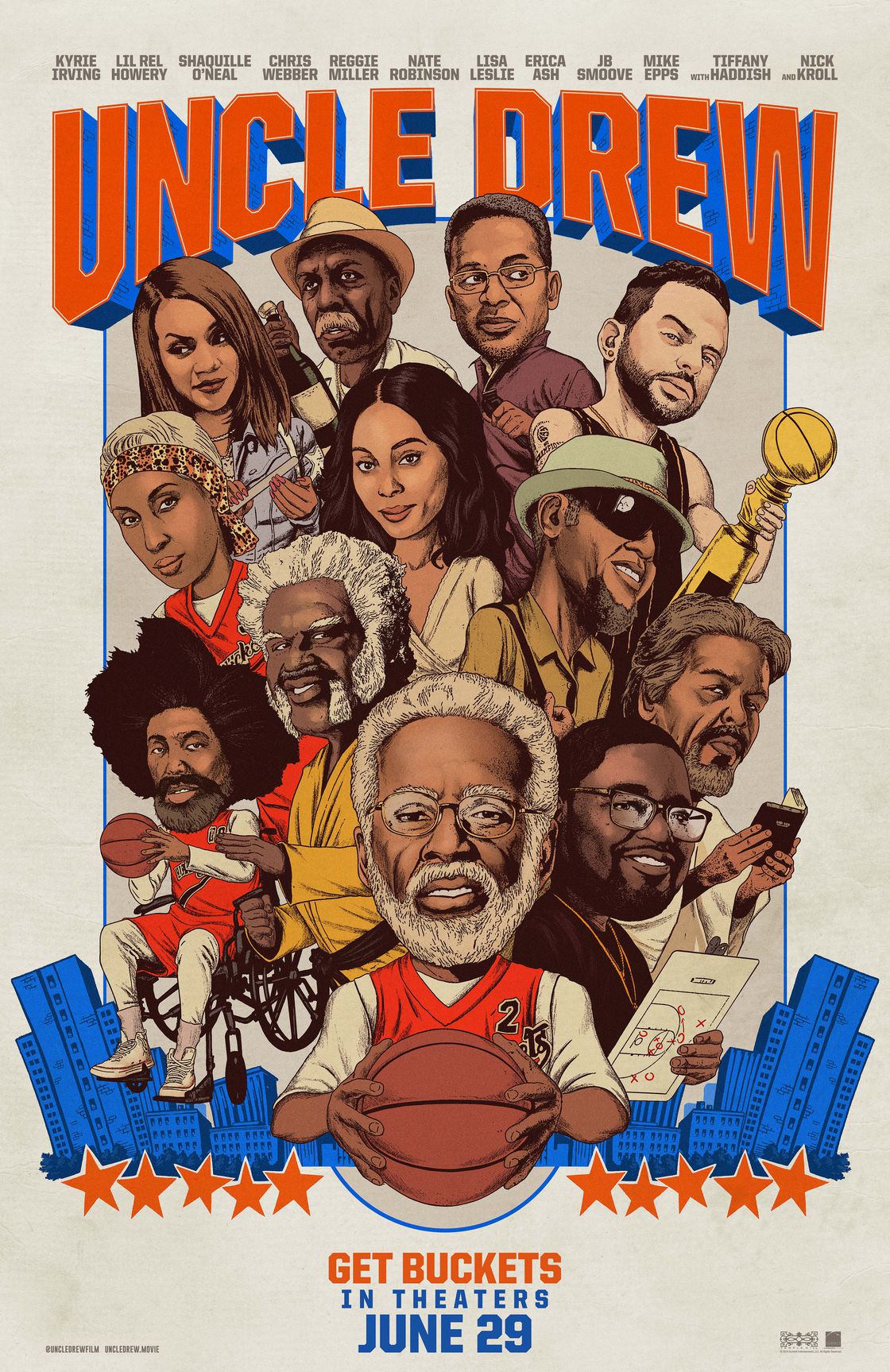 In the movie, Uncle Drew is a Rucker Park hero from generations past whose legend has stood the test of time.  The film features early pictures and videos of Drew dunking on opponents with one hand and a half-eaten ham sandwich with extra cheese in the other.  These are just some of the many hysterical tales told from the days that Drew used to run the park.

Alongside Irving, the film recruited former NBA stars getting the band back together for one last run at a playground title.  Chris Webber, Reggie Miller, Nate Robinson and Shaquille O’Neal all star as Drew’s former teammates.  One of the only cast members not in make-up, Lil Rel Howery, plays the man on a mission to compile this team and in doing so exorcise some of his childhood demons.

Howery has heard of the legend of Uncle Drew but no one has seen or heard from him in ages until Howery happens upon him courtside one afternoon.  Having lost his star player (played by Aaron Gordon) to childhood rival (played by the always funny Nick Kroll), Howery enlists Uncle Drew to beat the young Gordon and go for yet another Rucker Park title.  They pile into Uncle Drew’s old school van, still in pristine condition, and drive around the country trying to find Drew’s old teammates.

It is on this trip that they meet and re-recruit Lights, (played by Reggie Miller), Boots (played by Nate Robinson), the Big Fella (played by Shaq) and Preacher (played absolutely brilliantly by Chris Webber). 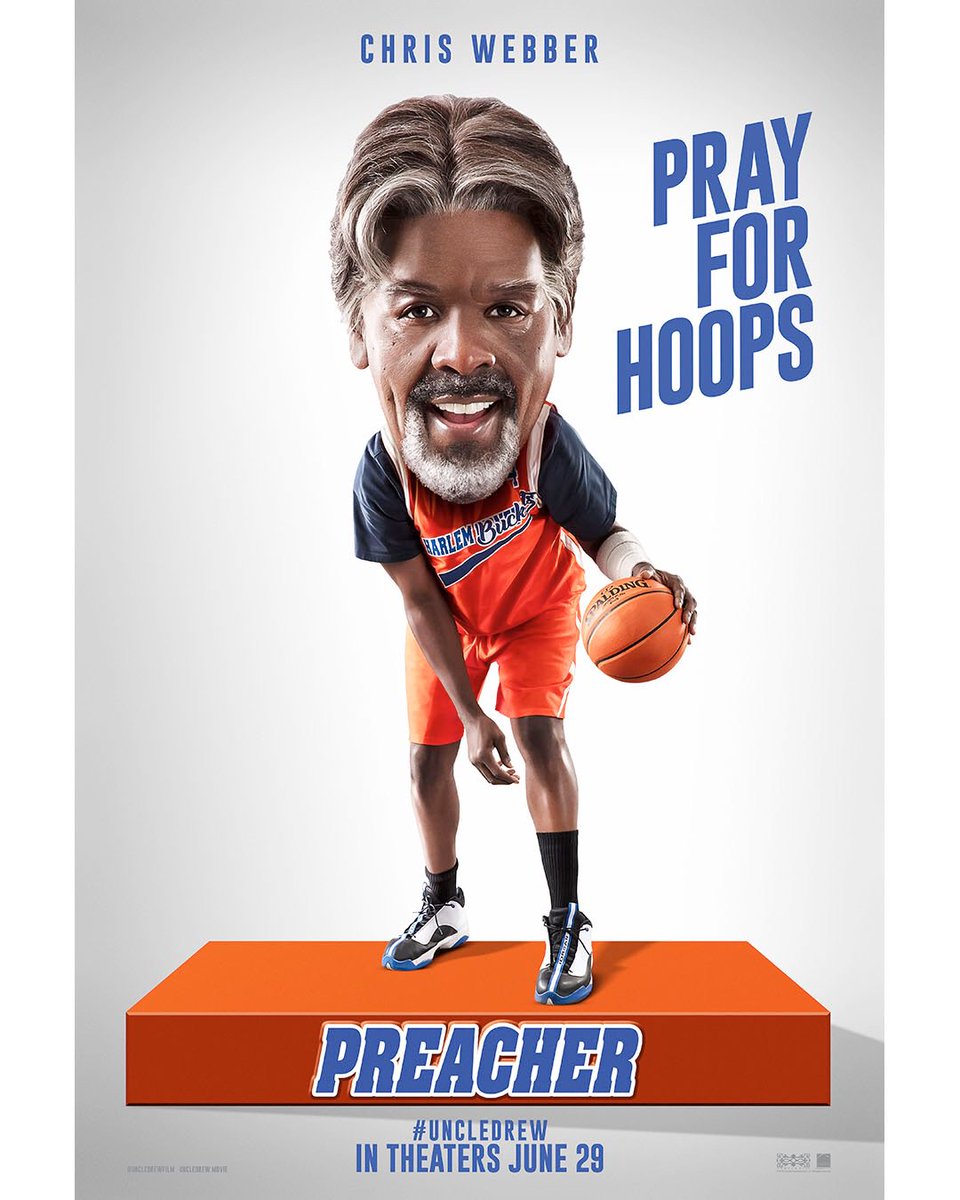 Believe me when I tell you there are very few scenes in this movie that Chris Webber doesn’t steal, alongside his on-screen wife, played by WNBA legend Lisa Leslie.

The film is a throwback to old basketball legends and what the game has meant to so many over the years.  There are gut-tickling comparisons when old school meets new, like when Howery and Uncle Drew introduce each other to sampling, Uncle Drew opting for the original Isley Brothers hit “Between the Sheets,” which he plays on 8-track, while Howery confuses it with the Notorious BIG “Big Poppa” song that made it even more famous.

What throwback film could be complete without a cry your eyes out funny, dance-off between the NBA giants, who can move, and the new school crew they meet out at a club one night.  And in a hospital scene, you even get to see Shaq’s ass.  There is hardly a dull moment in the movie. 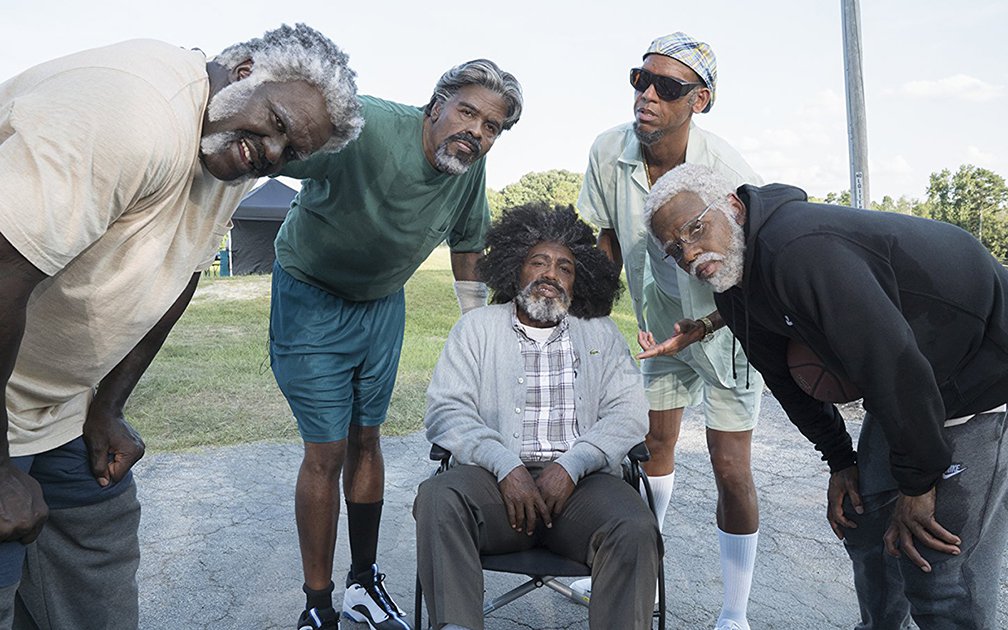 The best films are the ones it looks like the cast had a ton of fun making.  You can just tell these former players, aside from being on the court once again, looked like they had a blast on the set.  The writing is crisp and clever, the storyline is solid and a real pleasure for the hardcore hoops junkie.  There are even not so subtle references to the real players’ careers.  There’s Reggie Miller making a game-saving block, harkening back to when he has his shot blocked in the Eastern Conference Finals by Tayshaun Prince.  There are references to Shaq’s poor free throw shooting and beef with his former teammate when he shouts “Pass the ball, Kobe.”  And there’s even Chris Webber’s character making fun of himself after all these years mistaking how many timeouts his team had left.  All these moments and so many others made for a truly enjoyable and quite hilarious basketball film.

In Space Jam, an animated villain voiced by Danny DeVito turns Charles Barkley, Mugsy Bogues, Patrick Ewing, Larry Johnson and Shawn Bradley into evil MonStars who look to turn planet Earth into an amusement park.  In Uncle Drew, make-up artists turn Webber, Miller, Shaq and Robinson into something far more hysterical.  I can’t lie.  Once the credits started rolling, I didn’t want to leave the theater.  This movie will make my home video collection when it comes out on DVD unless the studio releases it on VHS, which will also work because this old-timer has one of those machines too.

While racy at parts, Uncle Drew is family friendly (rated PG-13) and most certainly adult friendly as well.  The references within will please any basketball jones.  It certainly did this one. 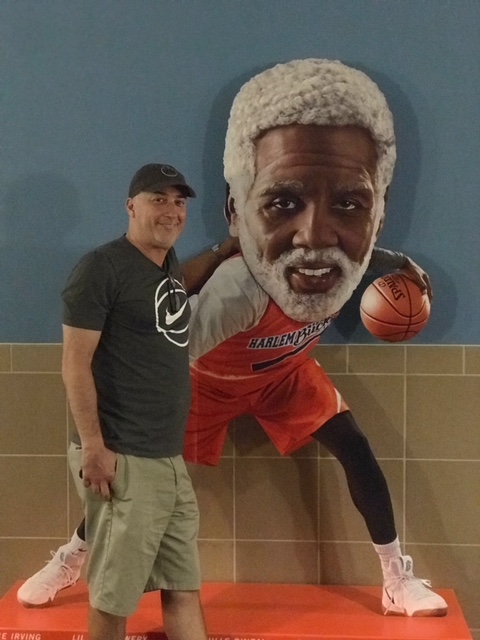