The National Football League simply can’t get out of its own way, tripping over its two left cleats every chance it gets.  The league continues to prove with overwhelming splendor that it is one of the most self-serving, poorly managed and ultimately doomed to collapse sports leagues in America.  It’s a modern miracle that it continues to thrive in spite of its own misgivings.  One might say it’s a testament to our own lack or morality that we continue to watch.

Just when we thought we had put the Terrell Owens Hall of Fame induction drama behind us, the back-and-forth continues.

In case you missed it, a little over a month ago, Owens publicly decided he would not attend this year’s Hall of Fame induction ceremony, issuing a polite and proper statement that he was instead going to spend it with family and friends at his college alma mater.

His decision to attend the festivities elsewhere raised eyebrows but once he announced why he was doing what he was doing, the move made sense.  It was a very Terrell Owens thing to do but it wasn’t malevolent or malicious.  Most of us chalked it to T.O. being T.O.

After all, there’s no rule that says one must attend one’s own induction.  Is it an honor?  Of course.  Is it an obligation?  Hell no.  Owens doesn’t owe the NFL anything.   He paid his dues and put in his time.  But now that he’s decided to celebrate his Pro Football Hall of Fame nomination at the University of Tennessee-Chattanooga and not on the “hallowed grounds” of Canton, Ohio, the Hall of Fame has fired back, saying when they host their ceremonial yellow jacket party, they’re not going to mention his name.

That is perhaps the pettiest thing I’ve ever heard and reason number eight million why we should no longer watch the NFL, if only if weren’t so damn entertaining… and I use that term loosely considering I’m a Buccaneers fan. 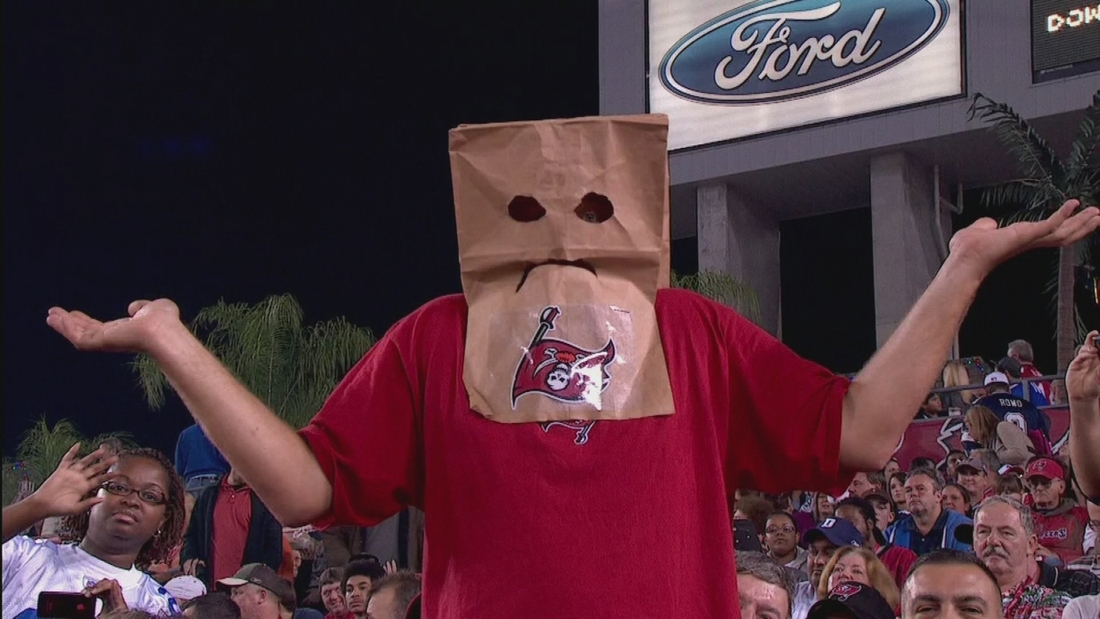 This is a league that STILL hasn’t figured out how to handle the national anthem issue.  Let me assure you, we have not heard the last of these forms of protest.  There’s more bullshit to come in ways we can’t even expect.

If it weren’t for how absolutely glorious the sport is to gamble on in its many facets, i.e., sportsbook, fantasy, eliminator pools, etc., the fact that the bulk of the games take place on a day of the week which nobody works, if it weren’t for the sheer violence and grace of the sport that we crave, people wouldn’t watch at all.  I can’t say I wouldn’t blame them.

The NFL has long been criticized for turning its back on its veterans, hence all the former stars that are offing themselves #CTE at an alarming rate for playing a sport that involved them bashing their heads against each other for our enjoyment and far more importantly for league profit.  The NFL is only now pretending it has its players’ best interests at heart.

Don’t get me wrong.  The NFL has me right where it wants me.  I play fantasy football.  I gamble on the sport for more than just entertainment purposes.  There’s not a Sunday during the season where I’m not planted on my sofa watching, attending a game in person or on a barstool at a local pub downing chicken wings and draft beer at an unhealthy rate.  I won’t boycott a Sunday a) because I’m a man of very low principle and b) I still enjoy watching the games but damn if I’m at least not considering taking it as seriously.

The league feels T.O. thumbed his nose at them so instead of taking the high ground, acknowledging his accomplishments and saying something like “We are disappointed that Terrell Owens won’t be attending his Hall of Fame induction but respect his decision to spend it elsewhere,” they’ve opted to shun him altogether.  Hall of Fame executive director Joe Horrigan went full scorned ex-girlfriend and said “The focus is on the guys who are here.  There’s no reason to bring him up as an individual. He’s not here.” 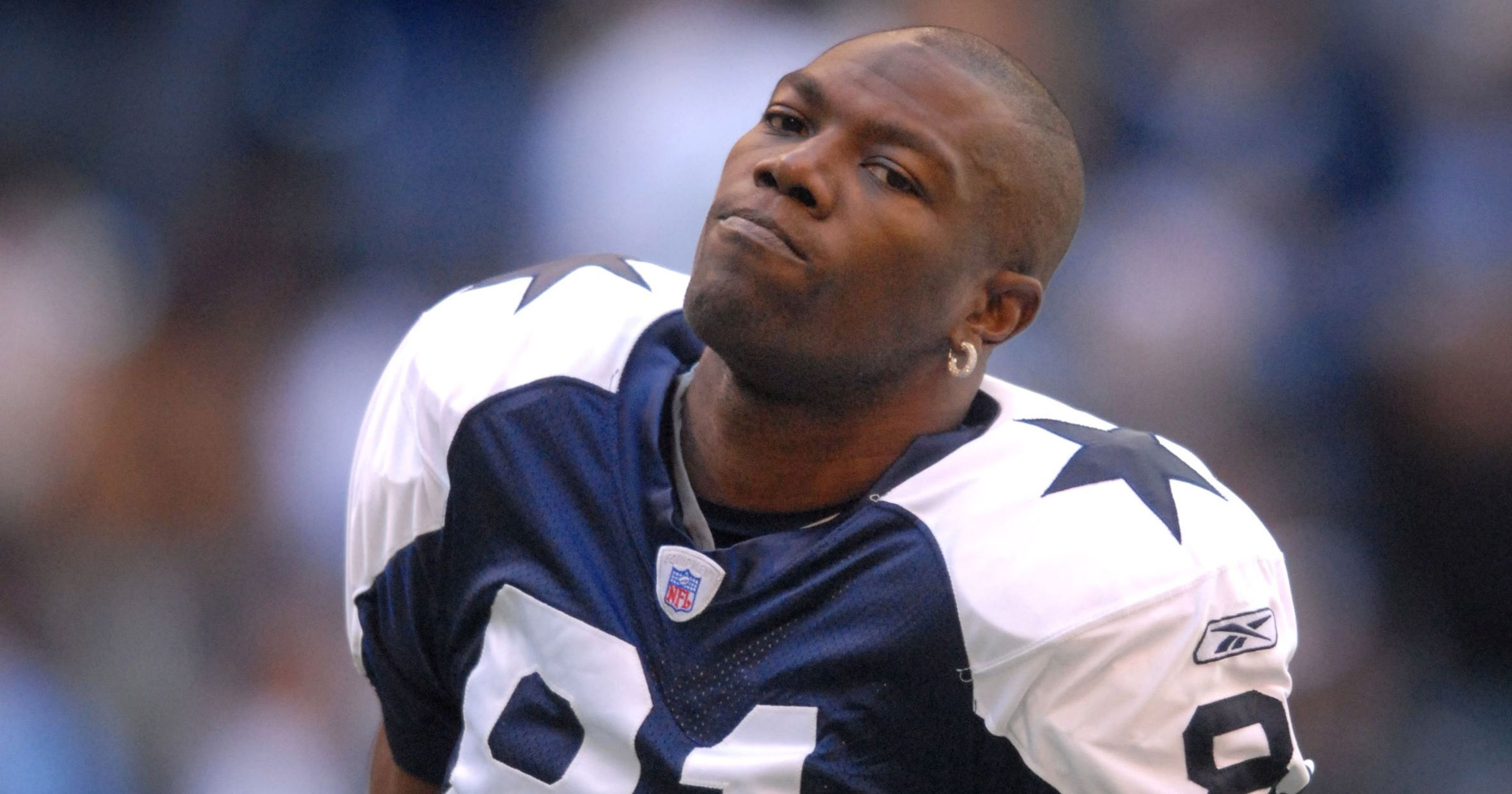 Suddenly Owens decision not to attend makes perfect sense as does the ire of the long list of players who the NFL has turned its back on.

Who in the absolute fuck is making league decisions?  This Owens backlash is so like the anthem issue it’s frightening.  Baseball fucked over its fans long ago.  The NFL better be careful not to do the same.  The league is so backwards-thinking, I’m beginning to believe league officials are more concussed than the players.

For the record, you know who else refused to attend his Hall of Fame induction?  The winningest basketball player ever.  In 1975, when asked to attend the ceremony at the National Basketball Hall of Fame, all-time all-star center and NBA legend Bill Russell declined.  “For my own personal reasons, which I don’t want to discuss, I don’t want to be a part of it. I’m not going. They know that. I’ve felt this way for many years.”

I’m sure that made a stink back in the day but Russell had his reasons and so does Terrell Owens.  The NBA now has a trophy named after Russell.  Owens likely won’t have any NFL awards named after him but I’m pretty sure he’s okay with that.

He’ll have a bust with his name on it in Canton.