I worked a 14-hour day last Saturday.  That’s nothing for this fifty-year old who spends most of his time either walking the numerous, lush golf courses of Central Florida or on his feet graciously serving the thirsty patrons of Tampa Bay’s historic Ybor City.

This Saturday, however, was different than most as it was Florida State University’s annual, pre-football season pub crawl.

Prepare thyself for whiskey was poured. 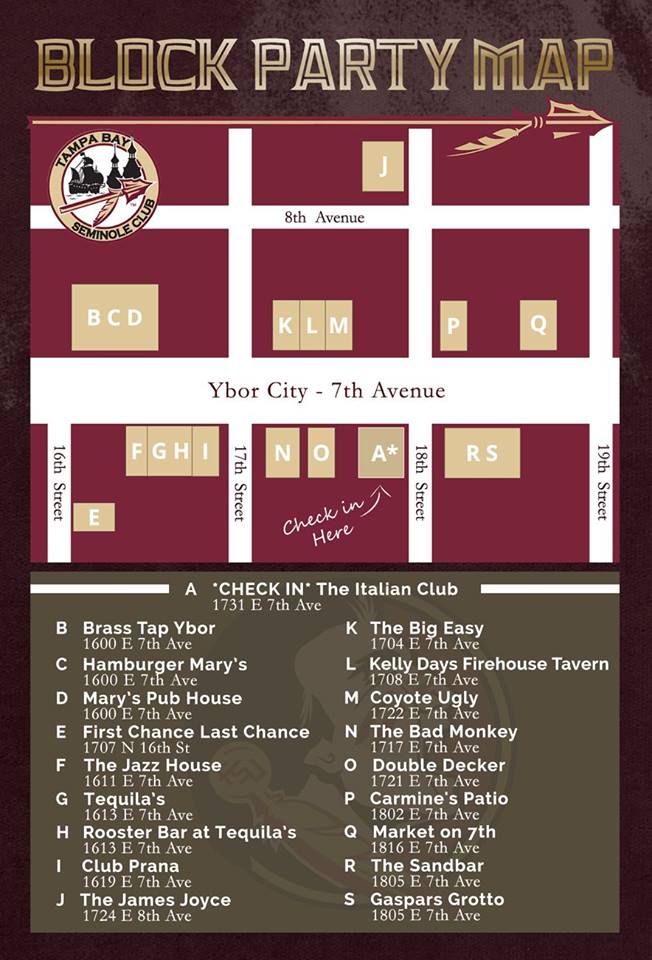 Five thousand strong, garnet-and-gold clad Seminole fans took to the Ybor City streets (or more accurately watering holes) to celebrate the fact that football season is finally upon us.  As you might imagine, that many drunken Seminole fans strolling in and trolling out of different bars was a sight to see… or avoid depending on how you look at it.  For this Gator fan, hearing that unmistakable war chant all day long made me sad I didn’t pre-invest in cotton balls… but duty called.

It was Seminole-ly appropriate that on that very same day, former Florida State phenom and two-time US Open Champion Brooks Koepka secured a healthy lead at the PGA Championship, shooting a third-round 66.  Koepka would go on to win the tournament twenty-four hours later, holding off a charging Tiger Woods.  Similarly, Seminole fans that attended the pub crawl would spend their Sundays holding off their charging, tiger-sized hangovers.

The annual crawl turned out to be a relatively peaceful endeavor.  There were no altercations or at least none that I saw.  Sure, there were a few sleepy, leaning ‘Nole fans who could barely speak after pounding car bomb after subsequent car bomb but that was to be expected.  My able-bodied security staff reported no fights and more importantly, no urinal vomit, which is always a plus.

Of course, peaceful coexistence would have been impossible had the Florida Gator pub crawl taken place in the same area on the same day.  Fortunately, the organizers of these two events know better than to coordinate the pub crawls of these two fierce rival schools in the same part of town on the same weekend.  The hatred runs that deep.  The Gator pub crawl generally takes place in South Tampa, miles away, the following weekend only after the dust has settled from the previous one.

So, where’s does the Cane joke fit into all this, Chump?  I thought you’d never ask.

For eight hours straight, my crew and I served drink after garnet-colored drink to thirsty football fans.  On one of my random, few-and-far-between pee breaks, I ran into an older gentleman in the restroom.  He was visiting the area for the first time, completely unfamiliar with his surroundings and confused as to why so many Seminole fans had overtaken the bar.  I explained to him what I just told you guys, that it was their annual, rather rowdy kick-off-to-football celebration and that Florida Gator fans planned their similar drunken bar tour on another day on the other side of town.

He replied that that was a good thing as Tampa didn’t have that many jail cells.

Without hesitation, I replied “That’s because they’re all overtaken by Miami Hurricanes fans.” 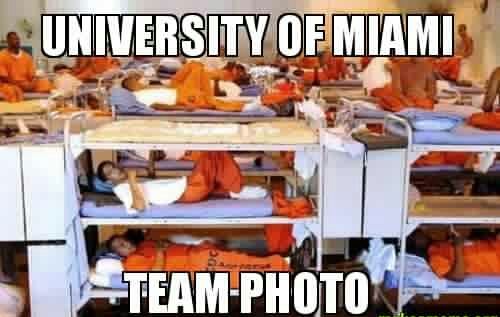 Surely, I jest… sort of.  Miami may have earned that reputation let’s be honest, under Urban Meyer Florida had enough arrest reports to throw a ticker tape parade and Florida State will always be known as Free Shoes University.  The three Florida powers are equal opportunity offenders.

The point is that said pub crawl, in all its obnoxious garnet-and-gold and even more heinous chants, reminded me just how much I, strike that, we, are enamored with college football.  And there’s nothing like a little college jostling and a whiskey shot or two to ring in autumn in full cheer.