I love this contest.

You should too since it’s giving you the opportunity to win $100 just for watching football.

No, I love this contest for three reasons.

First of all, it teaches you how to bet… assuming you don’t know already.  Considering it’s going to be legal soon, you might want to learn what you’re doing before you go giving them some of your hard-earned money.  Second of all, this contest replicates how people bet in real life, excluding parlays, round robins and futures of course.  Think about the last time you went to Las Vegas and saw some games you had a hunch on.  You probably chose the games you felt most comfortable with and placed your wagers accordingly.  This contest does exactly that.  You are rewarded for the games you pick correctly and penalized for the ones you pick wrong.  And lastly, it allows you to piggy back off those who are hot.  Take J-Dub for example.  He went a perfect five-for-five with his picks in Week One.  Don’t think for one second that I won’t peruse his Week Two picks and throw down a couple dollars on his selections.

Back to the matter at hand, here’s how this contest works in case you’re still unclear or just joining us.  Pick five teams every week and assign them 5,4,3,2 or 1 confidence points based on whether you like them to cover that spread.  Assign five points to the game you like the most, one to the game you like the least.  If your team covers, you get that many points.  If they do NOT cover, you lose the points you wagered.  I will track your progress all season long because I have nothing better to do than to make you a better gambler.

Remember, you must participate in this contest at least ten weeks to be eligible to receive the $100 grand prize.  IF YOU DID NOT MAKE PICKS IN WEEK ONE, THERE IS STILL PLENTY OF TIME SO GET YOUR PICKS IN BEFORE THE THURSDAY NIGHT GAME.  If you don’t want to bet the Thursday games, you can get your picks into me by Sunday before 1pm.

Here are your current standings…

Kudos once again to J-Dub once again for getting off to a perfect start.  Don’t be discouraged if you’re in the negative.  Everyone has a bad day at the casino.  Remember, one week of picking correctly can turn things around before you know it.

Here are Week Two’s betting lines.  Get ‘em in soon and happy wagering!

Now, onto our residents’ picks… if you’re so inclined.  You might wanna listen.  After all, Dubs, KP and I did put up and impressive tally in Week One.

FIVE POINTS – Before the season started, a friend asked me who I felt would be in the Super Bowl.  On the spot without having done much research, I picked Steelers-Rams.  I’d like to take that back.  Not the Rams pick, of course.  They look frightening and are well on their way to double-digit wins.  No, I’d like to take my Steelers pick back and replace them with the team they’re playing this week.  The Chiefs look absolutely outstanding, or at least they did in Week One against a Chargers team that was supposed to be relevant.  After watching Patrick Mahomes chuck the ball around the yard, it is now clear why the Chiefs decided to part ways with Alex Smith.  The Chiefs are loaded offensively so it’s hard for be to not believe they won’t cover the five points the Steelers are laying.

FOUR POINTS – I can’t believe I’m doing this considering I’m going to be at this game rooting for the very team I’m picking against but logic tells me that a Super Bowl winner going against a team not slated to make the playoffs AND starting their back-up quarterback even if he was the NFC Offensive Player of the Week AND only laying a field goal is the smart play.  I don’t want to.  I just feel I have to.  The Bucs went full Jets-Lions on the Saints last week, putting up 48 points, but none of those teams are the Eagles.  Besides, I’ve been to Eagles games in Raymond James before.  There’s hardly a home field advantage.  I’m taking Philly minus the field goal.

THREE POINTS – I don’t think Carolina is as bad as they looked against Dallas.  They’re getting almost a touchdown against a team that simply can’t score touchdowns.  That plus this is a pretty testy divisional rivalry.  Atlanta may win this game but they’re not going to cover the five-and-a-half.

TWO POINTS – Did anyone catch the second half of that Rams-Raiders game?  The Rams simply have too many weapons.  This will be the first of many double-digits spreads they’re laying this year.  Get ‘em while you can.  Two touchdowns is not that much to lay at home against a team that doesn’t know who they’re starting at quarterback.  I’m not sure how much more analysis is needed.  Las Vegas is probably already kicking themselves for setting this line too low.  I’ll take the Rams minus the twelve-and-a-half.

ONE POINT – Okay, I’ll take a stab at this since it’s only for one confidence point.  I didn’t think the Jags would pick up where they left off last season but they did, stifling an already bad Giants team in New York.  This week, they welcome the Pats into northeast Florida.  If I’ve seen anything over the last year and change, it’s that we’re witnessing a changing of the guard.  There’s a lot of young talent in key positions in the league.  The Jags are one of those teams.  If Jacksonville wants to continue to prove they’re for real, home games against the aging Patriots are a big step in that direction.  They beat Pittsburgh in Pittsburgh in the playoffs last season.  They should be able to beat the Patriots at home in Week Two.  I’ll take the Jags and the two points for ONE CONFIDENCE POINT. 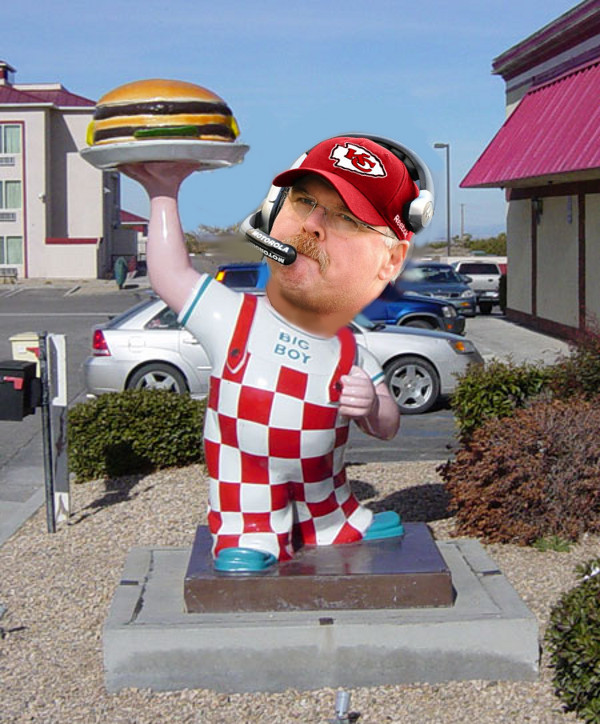 Flacco v. Dalton
One more elite than other?
Non-ginger victor

While spending the week ensuring that we do have ourselves prepared for the arrival of Hurricane Florence to the Carolinas, I couldn’t help but think of the most ridiculous movie line, one that barely has a connection to a hurricane ready to bear down on the east coast.

It’s the diner line from Dumb and Dumber, where Harry and Lloyd have a good laugh after calling the cranky waitress “Flo”.

Hey, when I said there barely was a connection, I meant it.

What about my NFL Week 2 “picks du jour”?

Those are the picks of the day.

“Mmm, that sounds good… I’ll have that.”

OK, well, then… here they are, peppered with some additional Harry and Lloyd flavor.  Let’s just hope the picks are not as “dumb” as the movie quotes (winners in BOLD).

Those worried about Jimmy G. following Week 1, don’t fret.  Sure, the Niners have a bit of a patchwork depth chart in the ground game, but Garoppolo faced a very strong Minnesota defense.  The potential absence of Marquise Goodwin could also be a crutch.  Still, in Week 2, San Francisco is at home facing another NFC Central foe, but did anyone see the Lions play the Jets earlier this week?  It was ugly and by the end, Matt Patricia looked like a deer in the headlights – and rightfully so.

Expect the same come Sunday. Give me the Niners at home in a big way.

I think we expected a rockier start for Ryan Fitzpatrick and the Bucs, yet look what happened.  Do we think Tampa Bay and Fitz can reproduce Week 1’s performance against the Super Bowl champs, or is it going to be a bit of a rockier road, despite being on the home turf?

Yep, John Denver and I both pick the Eagles (or at least I do).

How does everyone think the Bears will bounce back from a heartbreaking loss to a hobbled Aaron Rodgers and the Packers in Week 1?  Well, if you’ve seen any of my past analysis, there is minimal trust in the Seahawks and its somewhat depleted 2018 roster.  Throw in the newly injured Doug Baldwin, who is out for a few weeks and the home crowd in Chicago could be flying to the moon and back by the end of the night.

Give me Khalil Mack, Mitch Trubisky and the Bears at home.  Chicago covers.

The Joey Bosa-less Chargers defense struggled against Kansas City, so what should we expect in Week 2?  The East coast trip to Buffalo is always tough on west coast teams, sure, but do we really think that Josh Allen – set to start in Week 2- can compete with L.A.’s potent offense?  C’mon, how dumb do you think I am, Bills Mafia?!

Bolts cover on the road.

There’s some uncertainty here, considering what Ryan Fitzpatrick was able to do against the New Orleans defense last week.  The Browns also managed a nice comeback against Big Ben and the Steelers in Week 1… with the city of Cleveland not unlocking those free beer fridges, yet still likely celebrating a tie.  Sorry, but my gut here likes the Saints – sparked by a passionate home crowd – to complete a big-time rebound and take control of this game.  But would you bet on it?

No, really, how much you wanna bet?

Give me the Saints… with whatever odds you want.