Oh, how I love a good caption contest so let’s have another one, shall we?

Tampa is giddy over their new starting quarterback… and I’m not referring to the guy they drafted number one.

After watching the bearded back-up Ryan Fitzpatrick get off to a start no one could have predicted, there’s not a fan in the Tampa Bay area who hasn’t pondered whether the crab-eating, uber-fondling, interception-throwing Jameis Winston will start once he returns from suspension… and why wouldn’t they? All his replacement has done in Winston’s absence is beat both the Saints and the defending Super Bowl champion Philadelphia Eagles in back-to-back weeks by chucking the ball around the yard with zen-like accuracy.

How’s this for a statistic?  Fitzpatrick became the first quarterback EVER to start a season throwing 4 touchdowns and 400 yards in each of his first two games. His performance in Week One earned him NFC Offensive Player of the Week Honors. His Week Two performance begs the question could he do it again. After an amazing two games, FitzMagic leads the league in both yards and passing efficiency. Not bad for a Harvard grad, pretty fly for a white guy.

It looks like his success got the best of him, however, for in his post-game press conference, FitzMagic dressed the part, going full Connor McGregor behind the podium. Nothing says Russian mob boss like gold chains, a hairy chest and half-unzipped sweat jacket. Meet the new Fitz, definitely not the same as the old one.

It turns out he borrowed the outfit from his favorite target DeSean Jackson who, thanks to FitzMagic, leads the league in receiving yards. Set the Bucs clubhouse camaraderie to high. It’s easy to have a few chuckles when you’re 2-0 and setting NFL records. It’s this kind of jocularity (jock-hilarity?) that leads to winning ball clubs. Here’s his presser in case you missed it.

And for the contest, the person who can best caption Fitz’s photo will receive one gold (colored) dookie chain (courtesy of the Party Store), a Run-DMC mixtape (brought to you by your own Spotify – iTunes subscription) and my own personal second place vote for NFC Offensive Player of the Week (not valid at theaters near you). 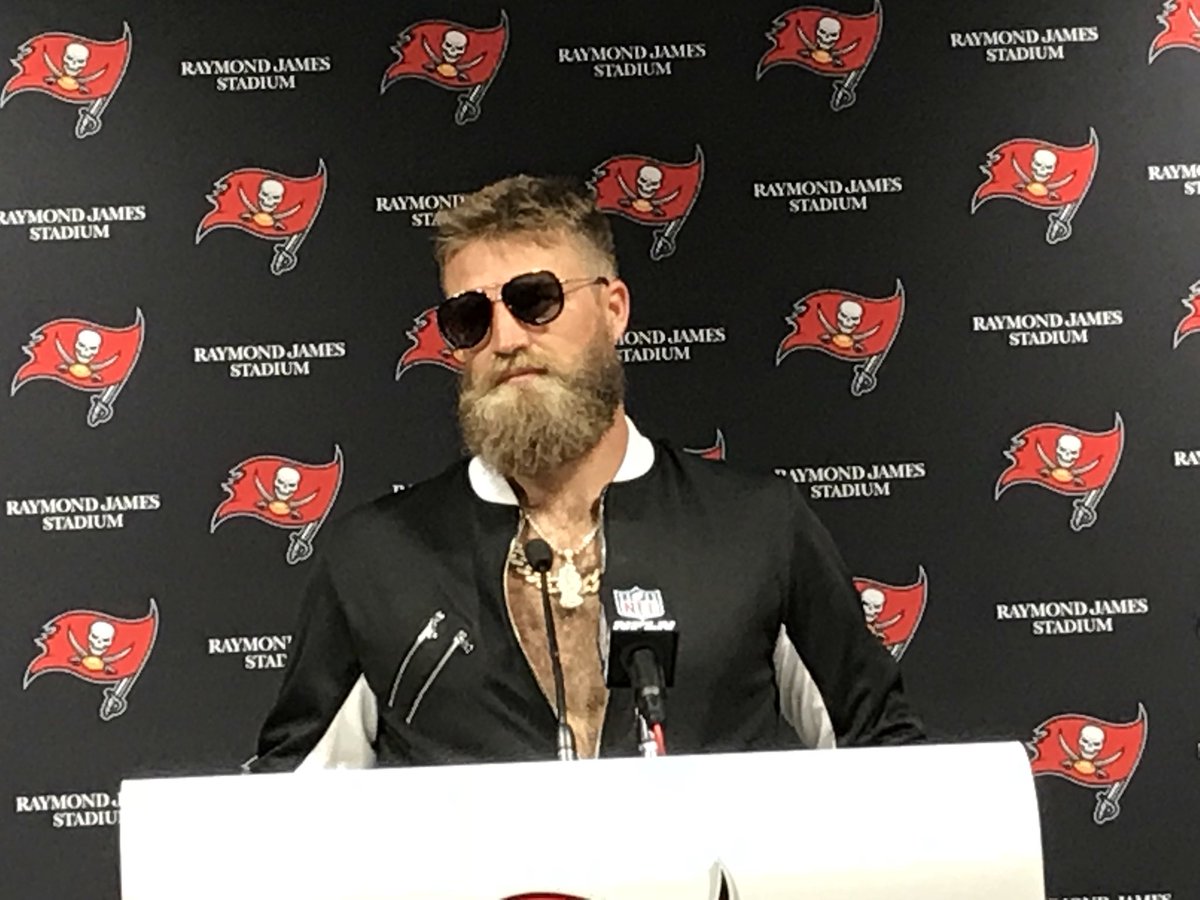 13 thoughts on “A Wolf in Sleek Clothing: Your first ever FitzMagic Caption Contest!”