Last Sunday, in overtime, entrenched in his own territory, Frank Reich decided his Colts should go for it on fourth down.  They did… and lost as a result.  For a brief moment, it looked like we were going to end up with our third tie of this already short season until the Houston Texans pulled it out by shifting momentum, kicking a field goal and leaving Reich (and a dozen or so members of the Indianapolis sports media) to question his decision.

Last weekend’s Cleveland-Oakland game also went into overtime but the Raiders, like the Texans, pulled out a victory.  This many overtime games this early in the season just goes to show that parity does exist in the NFL, unless of course you live in Kansas City or Los Angeles where the Chiefs and Rams have proven unbeatable.

Some fans are offended by ties.  One reader tried to argue with me calling them borderline unconstitutional.  I’m not sure what the big deal is about a game ending in a tie.  This is nothing new to the NFL.  Clearly those upset with a game’s impasse are not the same people watching soccer. 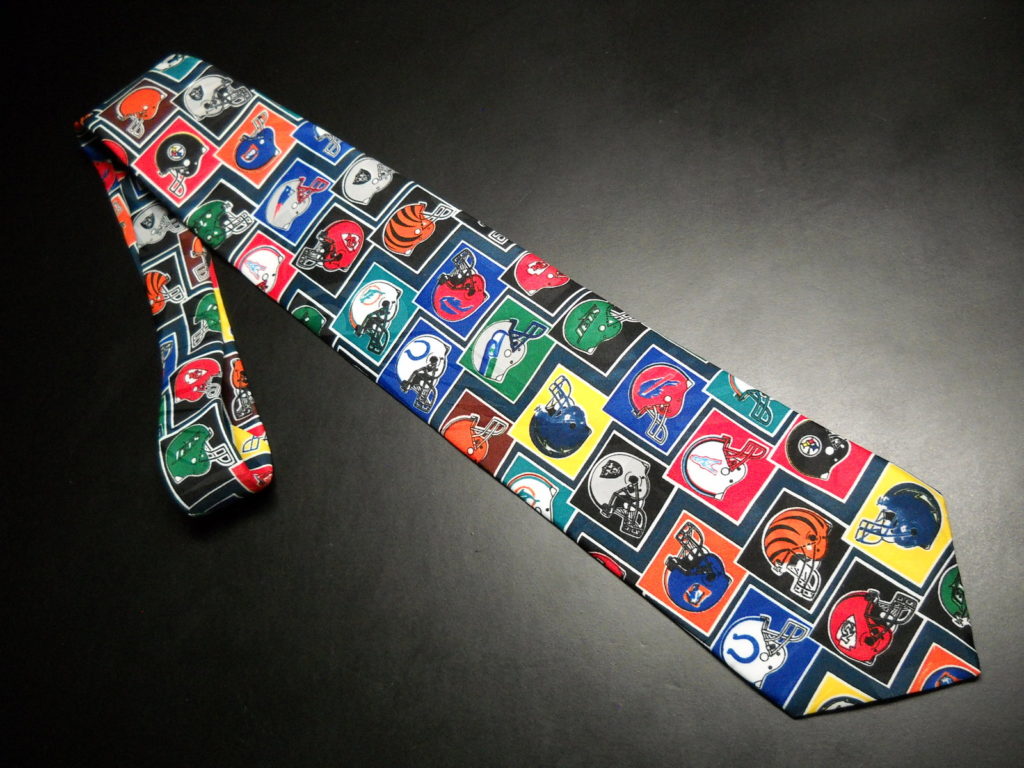 When it comes to gambling, a tie (or push as we call it here at SportsChump Manor) is the house’s best outcome.  You, the gambler, get your money back for the wager you placed, however, the house keeps the juice they charged you for making the bet in the first place.

That very same, tie-verboten reader asked me how this contest will reward (or penalize) pushes.  I’ve decided to do what I did the last time I hosted the contest, which is to award zero points for all pushes.  For example, last week if you had either Seattle covering the three points they were laying or Arizona covering the three points they were getting, you pushed since the score ended a 20-17 final.  You will be neither awarded nor negated the points you wagered.

Before we get to this week’s betting lines, here are your current standings:

It should be noted, in case you were still confused about how this contest works, that if you are currently tallying negative points, you would be losing money had you been betting on these games.  It is also worth nothing how many of us are in the negative.  If I’ve said it once, I’ve said it a thousand times.  That’s why there are so many casinos in Las Vegas.

Now on to this week’s words of wisdom and betting lines.  As always, wager wisely, my friends.

FIVE POINTS – It is common knowledge that home field advantage in the NFL is generally worth three points.  That means that Las Vegas is telling me that the Jaguars, on a neutral field, are as good as the Kansas City Chiefs.  The same Kansas City Chiefs that have been lighting up the league, the same Jacksonville Jaguars that scored six points at home against Tennessee.  I get that Mahomes is a young quarterback going against one of the best defenses in the league on a short week but I’m still not buying that Jax is as good as these Chiefs.  If I’m getting a red-hot Chiefs team and only laying a field goal, I have to jump all over it.  Chiefs cover in Arrowhead.

FOUR POINTS – I’m not necessarily saying the Dolphins were doing it with mirrors while getting out to a 3-0 start but we might have just seen the real Dolphins stand up (or more accurately lay down) when they got fish-fried in Foxboro last weekend.  This weekend doesn’t get any easier as they travel to Cincinnati who just won on the road.  I heard on the radio that Miami was cutting defensive tackle Jordan Phillips who later said he was happy to be out of that locker room.  When I hear locker room dissension, I bite.  Give me the Bengals to cover against a Dolphins team who could be in a heap of trouble.

THREE POINTS – Speaking of trouble, the Seahawks just lost Earl Thomas for the season which basically leaves Russell Wilson as the only remaining Seahawk from that Super Bowl team who is still able to walk.  This week the Rams come to town and are looking to make a mockery of their division rival… which they should.  A touchdown is not too much to lay here for a quarterback that threw for five last week.  I’ll take the Rams to cover as the whispers of Pete Carroll stepping down get just a little louder.

TWO POINTS – I’m waiting for the Houston Texans to show me something.  They got their first win last week but at home, to Dallas, I have this eerie suspicion they’ll be showing too much Texas envy to their bigger brother.  The Cowboys got it going last week, probably because they were playing the Lions, but that might be all the giddy-up they need.  Right now, the Texans are not three-and-a-half points better than anybody.  I’ll take American’s team and the points.

ONE POINT – I keep expecting this Chargers team to live up to the hype.  I had them laying a bunch last week… and lost.  This week, they’re only laying five-and-a-half to an Oakland team that needed a bad call to beat the Browns.  Oakland’s not that good.  The Chargers are better than they’ve been playing.  I’ll take the team that used to play in San Diego to cover against the team that’s soon to play in Las Vegas where pushes are the house’s envy.

The Patriots not so much

Could be best in NFL

Did not end well for Vikings

Ending will not change

“Can I borrow your towel for a sec? My car just hit a water buffalo.”

No, not the Buffalo Bills.  With drizzle in the forecast, there’s a possibility for sloppy conditions, plus the Titans are trending in the right direction, coming off a huge overtime win over the Eagles.  Marcus Mariota is getting healthier and playing better and with that, it may feel like that for the Bills.

Give me the Titans to cover on the road… and a fresh set of towels.

Since a Week 1 thrashing of the Lions, the Jets have failed to score more than 17 points.  Sam Darnold has four picks over the last three weeks and has failed to reach the 200-yard passing mark over the last two games.

Plain and simple, these Jets need fixing – and ball bearings are obviously not the answer.  Home field may help, but let’s keep in mind that the Broncos were one errant pass away from knocking off Pat Mahomes and the red-hot Chiefs.

Give me the Broncos to win outright on the road.  Oh, and “wash those windows, they have filth muck on them.”

“Dr. Rosenrosen, I’m here to get to the records room.”

Major headlines brewing in this one, with Drew Brees knocking on NFL history’s door.

“It’s Dr. Rosen, I want to check the records room.”

Brees is just 200 yards away from the NFL’s career passing record, which is currently owned by Peyton Manning.

The expectation is that we will witness history on Monday night, but the Redskins – led by an underrated defense that is 3rd in total yards allowed – hope to keep Brees out of the record books.  While that seems unlikely, it should be noted that Washington is coming off a bye and has a solid offense of its own.

The Saints are 30th in passing defense, allowing 11 TD’s through the air with just one interception.  Alex Smith is very efficient and has plenty of time to prepare for this game.

Give me the Redskins and the points – and a passing record for Drew Brees, too.

When the Packers play, it always comes down to two things: 1) Is the team, specifically Aaron Rodgers, healthy and 2) Will Clay Matthews get nailed on another brutal roughing the passer call?

“Well, I’m not even sure that’s a crime anymore. There’ve been a lot of changes in the law.”

Fletch is right, Clay… maybe you need to switch to flag football.

As for the game, the Packers are again bitten by the injury bug.  Rodgers will play, but Randall Cobb is out and Geronimo Allison (hamstring, concussion) may not play.  But will that prevent me from taking Rodgers in a tossup line against a division rival?  Nope.  Packers win.

ONE – Miami Dolphins at Cincinnati Bengals (-6.5)

After a 3-0 start to the season, the Dolphins were thrashed in New England, which was accurately predicted here at TWHS.  It’s therefore right to question Miami following that performance.

The Bengals remain banged up in the run game.  Joe Mixon is slated to return, but now Giovani Bernard is out.  Andy Dalton will be facing a Miami defense that does give up yards through the air, but has a league-leading 9 INT’s and has held opposing QB’s to a 72.2 rating (only the Ravens are better).

With these facts in mind, I’m confident that the Dolphins will keep this game close.  If you’re not, then just make the bet and “put it on the Underhills’ bill“.

15 thoughts on “Pushes, ties and other NFL anomalies: Your NFL Pick ‘Em Contest moves on to Week Five”