Have you ever signed a confidentiality agreement?

I haven’t… but when my book supplier mentioned a new book was coming out and that I needed to sign over a confidentiality agreement for before agreeing to review it, I suddenly felt all clandestine inside.  I was to be the Jason Bourne/Jack Reacher/James Bond of sports website book reviewers, minus the high-speed, chase scenes and corny one-liners.  Okay, so maybe a corny one-liner or two.

No, Baseball Cop: The Dark Side of America’s National Pastime intended to blow the doors off Major League Baseball, to expose the seedy underbelly of the things the sport does that the public doesn’t know about.  Even the most ardent fan understands that baseball self-servingly promoted a Don’t Ask/Don’t Tell policy regarding steroids in the 1990s.  But how responsible were they?  And what else does the sport have to hide?

That’s what Eddie Dominguez hoped to shine light on in Baseball Cop.  A former Boston cop and FBI detective, Dominguez was a founding member for the Department of Investigations assigned to find out who knew what and when about what was going on in clubhouses around Major League Baseball. 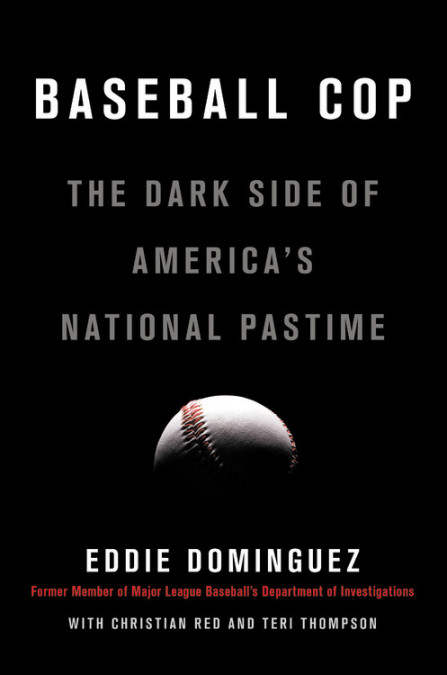 The book is one man’s stand against an institution that he claims wanted him out and that covered up plenty to promote their own agenda. “The owners don’t want you, the commissioner doesn’t want you.  Labor and Manfred sure as hell don’t want you.  You guys are internal affairs and if baseball can do anything about it, you won’t last long.”

As a fan, what do you think could be the worst thing to happen to Major League Baseball?  Could it be that they were lying all along about the efforts it claims to have made to clean itself up from steroid scandal?  Lying like they did in the past?  How bad would that be for the sport?  In Baseball Cop, Dominguez believes that’s the case.  According to him and trusted sources close to the sport, “the game remains as dirty as ever.”  It’s time to ruffle some feathers, Mr. Dominguez.

After spending thirty years employed as a Boston police officer, Dominguez went to work for the Red Sox as a resident security agent, which meant he served as a “security officer, investigator, consultant, clubhouse attendant, travel agent, driver and anything else that came with a particular job.”

He worked for the Red Sox in 2003 during the now famous scuffle between Pedro Martinez and Don Zimmer and has some great Pedro stories to tell.  Dominguez attended congressional hearings, including the one made famous by Rafael Palmeiro’s pointed finger.  “The atmosphere was surreal: the same congressmen who crucified the likes of McGwire and Canseco in the hearing were drooling over the players behind the scenes, posing for photos with them, and asking for autographs.”  He even blew the whistle on Theo Epstein after an alleged gambling incident with David Ortiz where a number of Ortiz’s buddies were arrested.  Pete Rose, are you listening? 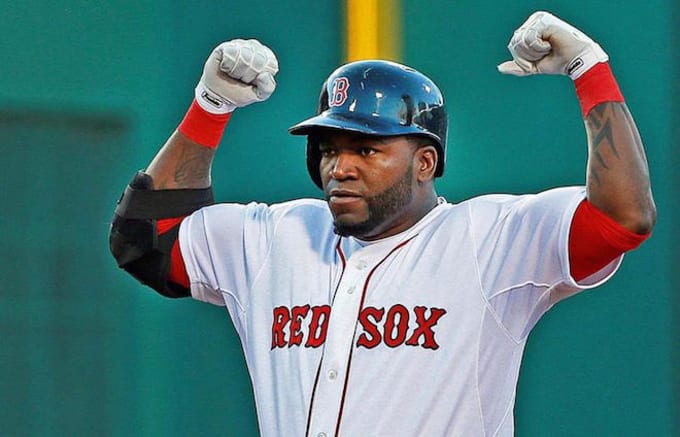 Baseball Cop tells stories of Dominguez’ days with the BPD, dodging bullets, narrowly escaping from drug deals gone bad, but we’re not reading Baseball Cop for those.  We want dirt on the MLB.  The meat and bones come when he names names, including most importantly current Commissioner Rob Manfred who I’m guessing can’t be happy this book was ever written.  Dominguez includes some tasty interactions between the two… but what of it?  When Tim Donaghy wrote his tell-all book about how he fixed games as an NBA referee, David Stern was asked for a response.  Stern calmly quipped that he didn’t read fiction and that was the end of it.  No word as to whether Manfred has made a statement about what Dominguez includes in Baseball Cop including allegations that Manfred told Dominguez to “stand down” from an investigation about Major League Baseball illegally recruiting Cuban nationals.

“In the murky business of signing Cuban players to major league teams, Cuban players seek to set up residency in a third country and once that step is accomplished, they can enter free agency and be on track for a lucrative payday.  The information we gathered on MLB teams that were cheating and cutting corners on signing players in violation of MLB rules was extensive, the abuses were rampant.  Some were handled by the Labor Relations Department; others weren’t handled at all.”

When it came to clubhouse drug use sanctioned by the teams themselves, Dominquez “determined that it was common for teams and players to take advantage of vague rules and standards – until they got caught or were seriously challenged, when they would say they hadn’t known they were doing anything wrong.”

Eventually, Dominguez and the DOI would become undermined by Major League Baseball.  In other words, the DOI was essentially a farce, one that MLB promoted then disbanded.

The book recollects in sordid details testimonies, allegations and involvement of names like Conte, Rodriguez, Galea, Ramirez and yes, your current baseball commissioner, Rob Manfred with nary a good guy in the mix.

The fact that people’s lives were often at stake should indicate how shady things got.  At one point, Manfred ordered 24/7 security detail for fear that he was in danger.  Dominguez details the timeline through his own experience.  “I wanted to tell my story and let the world know that the congressional investigation into MLB and the Mitchell Report that had followed were, as far as I was concerned, a lie.”  In other words, the league was no better than the players it ended up persecuting. 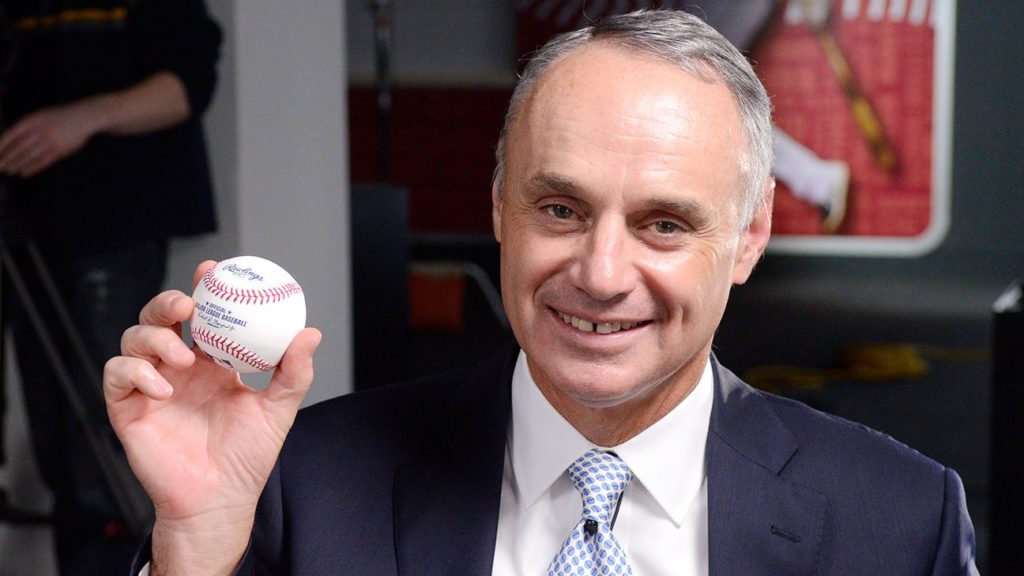 Look, we all know that Major League Baseball is first and foremost a business and sometimes businesses do some shady, unethical and often illegal things to survive.  So, should we expect more from our national pastime or are we just over it?

I made it through Baseball Cop and can’t say I was totally surprised by its contents.  As a former fan who no longer watches the sport, I guess I’ve just grown tired of hearing about it all.  Dominguez’s work is commendable; in many ways, its premise reminded me of Jeanie Marie Laskas’ and Bennet Omalu’s Concussion in the sense that a multi-billion-dollar sports industry covered up things it knew and promoted its own agenda at the expense of what was right and the players who played it.

So, I ask you, are we even surprised?