Picking five football games that are to be played on Sunday as early as Wednesday can be a tricky endeavor.  A full five days prior to kick off, you have too much incomplete information on factors that will affect the outcome of a game, i.e., injury reports, weather, roster moves, etc.  It’s why the shrewd gambler waits until having as much information as possible before placing a wager.

For example, last Sunday, most of us in this contest believed the Chargers would easily cover the six-and-a-half points they were laying against the Tennessee Titans.  Note: an astounding eight of us had LAC -8!!!  The game was in London and although the Chargers hadn’t seen the comforts of their own homes in quite some time, the Titans were struggling and the Chargers were hot.  Picking Los Angeles seemed like the safe play.

Then their star running back was downgraded from questionable to doubtful and ultimately to unavailable.  He was a game time scratch.  I didn’t see if the line moved once it became public that Melvin Gordon would not play but I can’t imagine it didn’t budge at least a little.  A player of his caliber should at least move the line a point or two.  If it doesn’t, as a bettor, you should most certainly react accordingly.

Knowing that I set the line at six-and-a-half early in the week, you had three options.  You could have either a) taken the Titans and the points, knowing that Gordon would not play b) laid the points anyway thinking his absence wouldn’t make that much of a difference or c) laid off the game altogether.  As it turns out, the Chargers still won the game but only by a single point.  They did not cover.  Gordon’s nine touchdowns and nearly 800 all-purpose yards on the season were sorely missed.

If this contest serves any purpose whatsoever, it is to make you a better gambler.  Betting on sports is not easy.  You wouldn’t buy a house, car or even an appliance before you knew everything about it, right?  Heck, most single women perform background checks on males before agreeing to a first date.  You should take the same advice when it comes to wagering.

The best advice Sir Francis Bacon and I can give you (and lord knows I love me some bacon) is that when placing a wager whether it’s online, in Las Vegas or on this humble little website, it’s always best to be informed.  Sometimes we suffer from information overload but knowing who’s playing and who’s out can mean the difference in a winning and losing ticket.

Either that or you can just wing it and hope for the best.

Now, on to this week’s gambling lines and current standings: 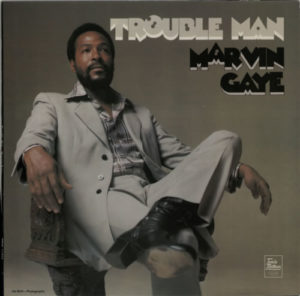 Benjamin Franklin once said nothing in this world is certain except death and taxes.  In his timeless classic “Trouble Man,” Marvin Gaye sings “there’s only three things for sure, taxes, death and trouble.”  I’d like to add a fourth certainty into the mix.  This year, the Kansas City Chiefs are 7-0 against the spread.  They just embarrassed a pretty decent Cincinnati team in prime time and the Bengals are far better than the 49ers.  Sometimes when red hits on a roulette table seven times in a row, the odds say to bet on black… but this isn’t roulette.  I’m gonna ride the hot hand here and take Kansas City red to cover the spread.

I saw on a recent NFL Power Rankings where someone listed the Saints as a top five team in the league.  I’m not sure I’m buying it or at least I’m not sure that’s sustainable.  Everyone is Drew Brees happy these days.  All-time passing leader this and 500th career touchdown that but playing in Minnesota is an altogether different animal.  They may not be living up to last year’s standards (they did change quarterbacks) but they are still the best team in the NFC North.  They are also winners of three straight and while the Saints have won their last five, I’m only laying a point and I have home field advantage.  I’m taking the Vikes to stop the Saints in their tracks.

The Raiders are bad.  They’re one of three teams in the league that only has one win.  They’re coming back from London where they got shellacked by the Seahawks.  Not only that but they just traded away one of their top wide receivers.  So why in the world would I take the Raiders in this game?  Because the Indianapolis Colts have no business being favored.  They’re 2-5 and coming off a destruction of the Bills which tells me this line is overly inflated with recency bias.  The Raiders will be glad to be back home and even though they are a team in transition, they should still have enough harumph to protect home court.  I’m taking the Raiders and the points.

Remember in Week One when the Browns shocked the world and took the Steelers to overtime.  That game ended in a 21-21 tie and was the first of four overtime games the Browns would play in this already short season.  That tells me two things.  The Browns, who are coming off a tough overtime loss, are tired and the Steelers, who are coming off a bye, want some revenge.  I have no problem taking Pittsburgh and laying the points against a Cleveland team that is still trying to find its way.

I hate betting against my team but I just can’t see that the Bucs, winners of only one of their last four games, are a half a field goal worse than the Bengals (minus the obligatory three-point home field advantage).  This team has no deep threat, no running attack and just suffered a huge loss at linebacker with Kwon Alexander out for the season.  Meanwhile, the Bengals will be looking to bounce back from being embarrassed on national television by the Chiefs.  I look for Cincy to control most of this game and cover the four-and-a-half.

Only way they don’t cover

Which really hate other

Aaron Rodgers is off the injury report.  Geronimo Allison is, too.  We could also see Randall Cobb back in the lineup, meaning the Pack are reloaded on offense.  That leaves it up to a Green Bay pass defense (5th in NFL, 211.8 ypg) to try and hold down the potent offense of the Rams.  Throw in the additional pressure for L.A. to remain undefeated.

The over/under is set at 57 points and that even seems low.  Aaron Rodgers being healthier and coming off a bye is the first big thing.  If the Green Bay offensive line can keep him that way, Green Bay will keep this one interesting.  Give me the Packers and the points.

The Giants dealt away Eli Apple this week, leaving a hole in a pass defense that is 14th in the NFL (253.4 ypg allowed).  This is a real opportunity for the Redskins to start to take hold of the NFC East.  This rivalry always seems to lead to interesting and competitive games, but the Giants are a mess right now.  Odell Beckham will need to have a monster game and he likely will against Washington’s secondary.  But, will that be enough?

The Redskins are underrated on defense, to the tune of 5th in the NFL in total yards allowed.  On the offensive side, Chris Thompson remains questionable but Adrian Peterson will play.  Even with the injuries, the one-point line is a bit surprising.  Maybe it’s New York’s home field advantage or maybe it’s simply the fact that the Redskins never build momentum over consecutive weeks.  That changes this week.  Redskins cover on the road.

If you haven’t noticed, the Patriots have scored at least 38 points in four straight games.  That includes last week against a very solid Bears defense – on the road.  The Bills have scored 31 points over the last four games combined.  And Buffalo is starting Derek Anderson.

Is there really anything else to say at this point?  The more sentences I write, the more I feel this should be my “five-point” game (and top lock of the week).  But a few of the obvious lines have shocked this season, so I’ll leave it right here.  After all, we do have the Bills Mafia to bring some Monday night energy, so who the heck knows.

Who am I kidding?  Pats win big on the road… again.

I admit that I was on the fence regarding this one for a bit.  Cam Newton landed on the injury list for the majority of the week and struggles against relentless pressure and strong defenses.  As most QB’s do.  The Ravens are that kind of defense (2nd in NFL against the pass, 1st in sacks).

ONE – Seattle Seahawks at Detroit Lions (-3)

The Seahawks are coming off a bye week and have had time to prepare for this road test.  Seattle is improving in recent weeks and its third-ranked pass defense will pose a challenge for Matthew Stafford.  That leaves Kerryon Johnson, who had a coming out party last week against the Dolphins, rushing for 158 yards on just 19 carries.

But did anyone see Miami’s defense against the Texans on Thursday night?  Exactly.  Give me a refreshed Seahawks squad on the road in the Motor City.

11 thoughts on “The NFL’s Week 8: Melvin Gordon and the Information Society”