Perhaps I have found my calling.  It is neither blogging nor bartending.  Please allow me to introduce you to SportsChump, motivational speaker!

I cannot tell you how many of you in this contest contact me individually about your wins when you get them but rest assured… it’s all of you!  Not that I mind.  I like the attention and I’ve upped my data plan for football season.  Plus, it makes me feel all giddy inside, like Tony Robbins teaching a class on how to wager correctly.

Our little boy’s all growns up. 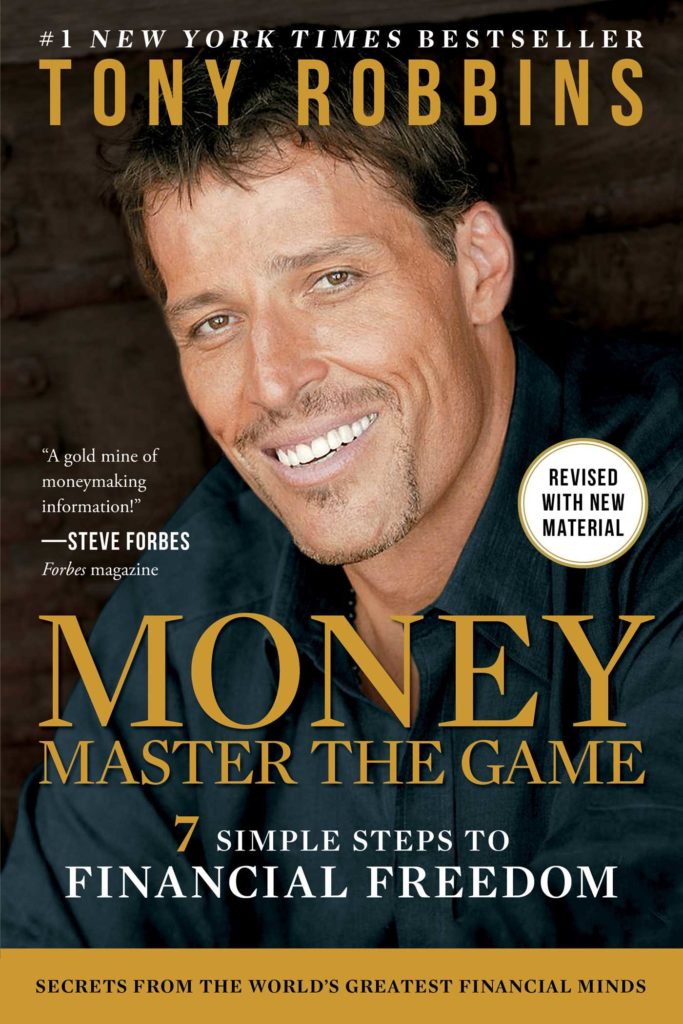 Of course, your accomplishments have come at my expense lately for my proclivity for picking football games has stumbled while many of you have tightened the gap.  Fortunately, the love guru had enough of a healthy lead to still sit atop the standings… for now.

Before we get to this week’s lines and contest standings, let’s move on to some other people that could use some motivational speaking.  The Cleveland Browns have fired both their head coach and offensive coordinator.  Gregg Williams of Bountygate fame is now responsible for leading the Downies the rest of the season.  Welcome to the NFL, Baker Mayfield.  You’ll have a few more bosses before it’s all said and done.

Do you remember the three teams from Florida that started off a combined 5-1?  They’ve since gone a combined 5-12.  Not surprisingly, all three suffer from quarterback envy.  The Dolphins start Brock Osweiler over the injured Ryan Tannehill, the Jaguars continue to struggle with Blake Bortles and the Buccaneers just announced they would be starting Ryan Fitzpatrick over the turnover-prone Jameis Winston.  I have a feeling the Browns won’t be the only team replacing their head coach by season’s end.

The Giants, Niners and Raiders could use some motivational speaking as well.  They’re a combined 3-20!  No wonder the Chiefs, Rams, Saints and Patriots are always on in prime time.  There aren’t too many other teams in the league worth watching.

You can now add the Houston Texans to that hot list.  They just landed DeMaryius Thomas to replace the injured Will Fuller meaning DeShaun Watson now has two of the league’s best receivers (Thomas and DeAndre Hopkins) to throw to which is downright frightening and most certainly motivational for Texans fans.

Now, without further ado, because I know a number of you have been waiting, here are your updated standings:

Now for my Tony Robbins picks.  The best NFL teams are those who exhibit stability.  In that sense, with a trading day that resembled fireworks on the fourth of July, I’m going with teams who stayed the course and avoided drama rather than bathed in it.

The Chiefs continue to be scary good.  The Browns continue to be Cleveland bad.  This week, in case you hadn’t heard, the Browns organization parted ways with their head coach, turning over the reigns to Gregg “Kill the Head and the Body Will Die” Williams and a new O.C. with limited play calling experience.   That’s not a very stable situation but this is what we’ve come to expect from Cleveland.  Meanwhile, the Chiefs keep on rolling.  Cleveland will do their best to slow down pace of play, most likely handing the ball to Nick Chubb plenty but will this defense be able to slow down Kansas City?  There’s simply too much drama going on in Cleveland to believe that even on their best day, the Browns can hang with one of the best teams in the AFC.  They got beat bad by Pittsburgh, they’ll get beat worse by Kansas City.

It doesn’t get much more dramatic that what happened in Tampa Bay this week.  When asked Sunday about who he would start, Bucs head coach Dirk Koetter said he would make that decision at an appropriate time.  That appropriate time was less than 24 hours later when he benched Jameis Winston and replaced him with the bearded, humble Harvard grad.  I have this sneaky suspicion this is going to end badly for Tampa Bay.  With no answers in sight and only darkness at the end of their tunnel, the Bucs are headed to Carolina to play a team that has its eyes set on the playoffs.  Cam and Company are hardly about to allow the Dysfunctioneers to waltz into their building and steal one, no matter who they start at quarterback.  I’m taking Carolina minus.

With less than two minutes in the game, Green Bay was about to get the ball back, giving Aaron Rodgers the chance to do what he does and give the Los Angeles Rams their first loss of the season.  That was when Ty Montgomery disobeyed a direct order.  Instead of taking a knee in the end zone, Montgomery ran the ball out, fumbling it and not allowing Rodgers another touch before the clock struck zero.  Montgomery is currently playing for another team.  So is five-year Packers safety Ha-Ha Clinton Dix.  That’s a lot of unloading for a team that still aspires to make the playoffs.  Meanwhile, the Patriots are coming off a surgical dispatching of Buffalo on Monday night.  There’s a little too much drama for me in that Green Bay locker room going against a team that rarely has any in theirs.  I’m taking the Patriots to cover the five-and-a-half.

For me, the steal of the trade deadline was Demaryius Thomas to Houston.  This guy was putting up monster numbers in Denver only a few years ago only to be underutilized lately.  Houston picked him up from the team they play this week for a 2019 fourth-round draft pick.  The only problem is that next year’s draft pick won’t be able to give Denver locker room secrets that Thomas will provide Houston.  No Fuller?  No problem.  Even with Deshaun Watson’s bum lung, I’ll still take the Texans in Mile High.

We can’t talk drama without talking about the Dallas Cowboys, the NFL’s classic running-passing-ticking time bomb of a reality TV show.  They replaced the currently unemployed Dez Bryant with Amari Cooper who will get his first look at prime time in a Cowboys uniform.  While I like the move, that doesn’t change that fact that their head coach doesn’t walk into his office every week wondering if he’ll still have a job.  Meanwhile, the Titans just plod along uninterestingly… but they’re competitive and the Cowboys have no business being favored by a touchdown over anybody.  I’ll take Tennessee and the points.

Runs for a hundred

Let’s get the outlier out of the way, shall we?  Sound that Viking Gjallarhorn, because my one home team of the week is Minnesota.  The Lions have been a more balanced and consistent team when establishing Kerryon Johnson and the run game.  But this week, Detroit faces Minnesota’s fifth-ranked run defense (91.8 ypg), which has allowed ZERO carries of 20 or more yards.  On the other side, it’s a big ask for Detroit’s defense to handle Adam Thielen, Stefon Diggs and Kirk Cousins.  Sure, the Lions are 7th in passing yards allowed, but its ‘D’ has just two interceptions, tied for the second fewest in the NFL.  In fact, only the Bucs have fewer.

Expect an efficient day from Cousins.  Vikings cover at home.

Road warrior ONE – the Tennessee Titans.  Start by looking at the schedule.  The Titans have been in close games all season long.  Five of Tennessee’s games have been decided by three points or fewer.  In the pass game, Dallas adds Amari Cooper, but faces a Titans pass defense that is 9th in total yards and has allowed just nine touchdowns through seven games.

This feels like one of those down and dirty games in the trenches.  A lot of running with Zeke and a hefty dose of Dion Lewis.  Derrick Henry, too.  Because of that, I’ll take the Titans and the points on the road.

Road warrior TWO – The Texans are rolling these days.  Toss in Demaryius Thomas, acquired at the deadline.  Sure, Thomas may need time to get acclimated, but he gets to face his former team right out the gate, which adds an interesting wrinkle to this one.  In the end, there’s one reason why this isn’t my highest confidence game of the week: the trenches.  Denver is tied for 2nd in the NFL in sacks (24).  Rookie Bradley Chubb is thriving, adding more defensive firepower alongside Von Miller.  Houston, on the other hand, is fifth in sacks allowed (26).  Deshaun Watson is on fire, but could he get rattled by Denver’s pass rush?  Maybe.

But not enough in my eyes.  Texans win on the road.

Road Warrior THREE – Patrick Mahomes vs. the Browns?  Yes, please.  Cleveland is cleaning house, which is something the front office should’ve done prior to the season.  I can’t understand making such a roster overhaul, but leaving the same hapless coaching staff intact.  Either way, we all know the drill here.  The players are either going to come out fired up and immediately respond, or we’ll be looking at adjustments and the same ol’ Cleveland Browns.  Outside of Mahomes and the weapons on offense, let’s also keep in mind that the Chiefs defense has quietly put together a few very strong performances.  Dee Ford, for example, has four sacks in his last two games and eight total on the season.  The Browns have allowed 33 sacks on the season – and yes, that’s the most in the NFL.  See where this is going?

Chiefs cover on the road – and in a big way.

Road Warrior FOUR – Aaron Rodgers and the Packers.  Geronimo Allison is doubtful, but most of the other weapons will be available for Rodgers.  Aaron Jones was finally unleashed last week and Green Bay is likely to use him a lot on Sunday, too.  The Patriots, meanwhile, saw its 38-point streak end last Monday night in Buffalo.  But stats and chatter aside, is there a better matchup than Aaron Rodgers vs. Tom Brady?  Everyone knows that Rodgers lives for this kind of challenge.  As a side note, don’t sleep on some of the talent in Green Bay’s secondary, too.  Ha Ha Clinton-Dix is gone, but players like Jaire Alexander are underrated.  This should be a fun one to watch.

Packers keep this one close.  Give me Green Bay and the points.