I keep an odd schedule.

I work nights and weekends, which I love because it keeps me out of trouble but it also cramps my style when it comes to big time concerts or sporting events.

Since I have Wednesdays and Thursdays off, I generally comb the sports and entertainment calendar to see who is coming to town and when.

For example, two years ago, I hit Orlando on a whim to see Steph Curry drop 51 on my beloved Magic.  This off-season, once LeBron signed with the Lakers, I immediately looked to see when they would be in town.  November 17th.  A Saturday night.  Damnit!  BronBron’s only trip to Orlando would be on a night I had to work.

But that very same week, only four days prior, the Philadelphia 76ers were coming to Central Florida.  I’d marked the date on my calendar months ago.  Ben Simmons.  Joel Embiid.  J.J. Redick’s not-so-highly anticipated return to Amway.  Philly already boasted one of the most exciting young teams in the Eastern Conference… and that was before they traded for Jimmy Butler.

When I mentioned to One Ball Kall that the Sixers would not only be in town but it would be the first time Butler would suit up in one of their uniforms, he suggested we make the road trip and would not take no for an answer.  Having grown up a Magic fan, 1BK had never seen a game in either that arena or their old one.  I had seen no less than fifty.  Sounds like I would be taking a drive.

Of course, no trip to Orlando is complete for two sports junkies without visiting one of the Mickey’s finest golf courses. 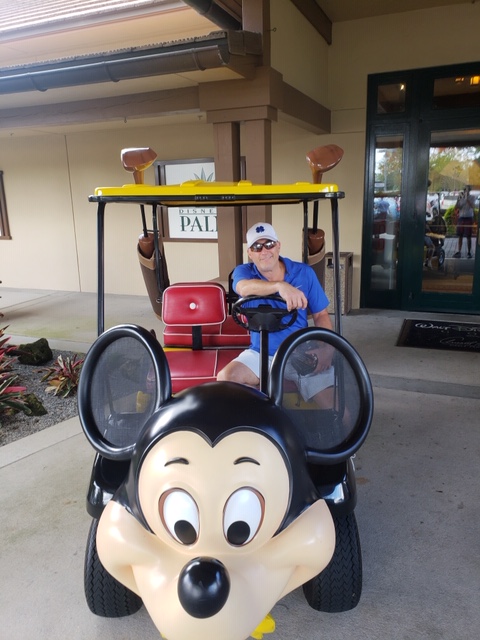 We teed off just after lunch figuring that would give us plenty of time to get to the arena for the Jimmy Butler Invitational’s main course.  As one would expect, Disney’s Magnolia was in pristine condition, fairways a plush, soft, turfy green and a rough you wanted to avoid at all costs. The course, as one would expect, was crowded.  Keeping our eyes on tip-off time, our fast-flying twosome routinely got held up by the foursomes in front of us.  With little help from the ranger, we decided to join the lone golfer directly ahead of us… who turned out to be none other than Dominique Wilkins’ first cousin.  The Human Highlight Reel’s blood line became a welcome third to the Jimmy Butler Invitational.

After shooting the shit with Wilkins about his days with the USFL’s Birmingham Stallions and how he once ran a 4.28 forty-yard dash (apparently that family can churn out an athlete or two), we finished our round with yours truly saving his best shot of the day for the 18th hole, a six-iron from 165 out that landed three feet from the pin.  And yes, I sunk the putt.

A quick visit to Disney’s Animal Lodge for a shower and minimal partaking of marijuana (recreational drug use at the Jimmy Butler Invitational is encouraged if not a prerequisite) and it was off to the beautiful Amway Center to see if the hometown Orlando Magic (+6, +220) could handle the visiting 76ers and the newly acquired Jimmy Buckets. 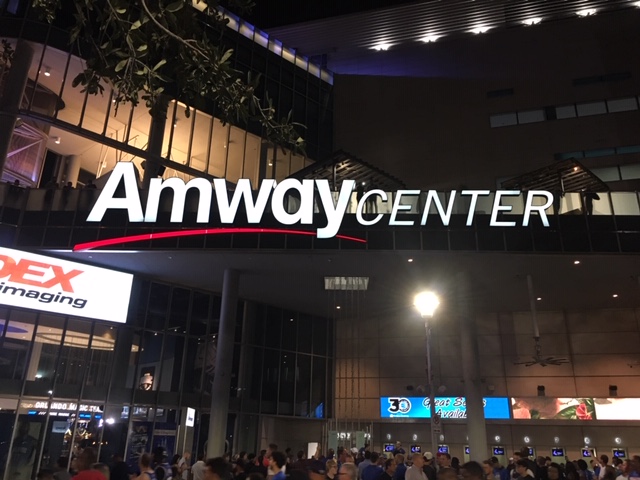 The good news is the far-less high-flying Magic beat a talented yet still trying to put it together Sixers team.  Down 92-76 with about eleven minutes left and the crowd all but out of the game, Orlando decided to perform a Magic act of their own.  Within a three-minute span, they had taken the lead with six different players scoring over that stretch.  The Magic, led by Uncle Drew star Aaron Gordon (17 pts, 6 rebounds, 6 assists) and an extremely steady night from their underrated center Nikola Vucevic, who led all scorers with 30 points, went on a 21-0, fourth quarter run to rain on Philly’s visit to the Sunshine State.  Butler played well but their lack of familiarity was too much to overcome against a Magic team who defended nicely and got hot at just the right time.

Despite not having the star power of Philadelphia, Orlando boasts some nice young players.  Jonathan Isaac and Mo Bamba are slight of frame but show promise.  Here’s hoping the organization can develop them and keep them around for a while, unlike how they did Victor Oladipo.  They’ll ultimately need to address their point guard situation.  No offense to DJ Augustin but he is not a long-term solution.  I’d also like to see the younger Magic players get more aggressive offensively.  Gordon, Vucevic and Terrence Ross were the only three I saw attacking the rim.  Don’t get me wrong.  I wouldn’t want to drive the lane against Embiid either but when Orlando’s second unit was the floor, they had no one that could score the basket.  The Magic have a long way to go but proved on Wednesday night that when inspired, they can give anyone in the league a hard time.

With regards to Philly and the Butler move, landing star power in the NBA when you can get it is generally the right play no matter who you give up in return.  It puts Ws in the win column and butts in the seats.  Heck, it brought us to Orlando.  By adding Butler, the Sixers got better and should contend in the East but after watching them Wednesday night, I’m not sure it’s enough to win the conference, even if it’s now LeBron-free.  Fortunately, they still have almost a full season to gel. 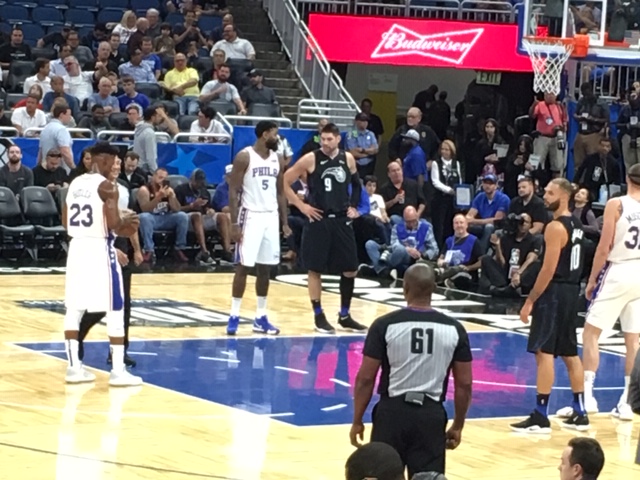 The following morning, upon seeing his former star in another uniform and obviously still bitter about the break-up, Timberwolves owner Glen Taylor channeled his inner Dan Gilbert, and called his efforts to keep Jimmy Butler in Minnesota a total waste of time.  I guess that means Taylor won’t be attending next year’s Invitational.

In the end, these are two teams that are both headed in the right direction with Philly probably getting their first despite the loss on Wednesday night.  As for the spectators in question, a good time was had by all.  Amway was definitely rockin’ that night which was nice to see considering it’s been a while since this team’s been in any way relevant.  Shout out to Nique’s cousin.  Some other minor details omitted from the post that deserve mention include: hitting two different two-teamers but missing out on betting JJ Redick over for points scored (over was 17, he dropped 22), Jonathan Isaac’s get-your-ass-out of-your-seat-inspiring block on Joel Embiid to spark that Magic 21-0 run, some very questionable NBA refereeing, seeing how tall Ben Simmons is in person for the first time especially when standing next to DJ Augustin, a slew of quality heckling from the SportsChump, whiskey, mistakenly tipping the pickle bucket drummers outside Amway a fifty instead of a five, rattling a Church Street bartender as he nervously poured a bottle of Louis XIII into a jigger, bad tapas, the night vision goggles that never were, One Ball Kall repeatedly insisting LeBron was not the greatest player of all time after finding out he had just surpassed Wilt Chamberlain as the fifth greatest scorer in NBA history, even more whiskey and a guy wearing this t-shirt. 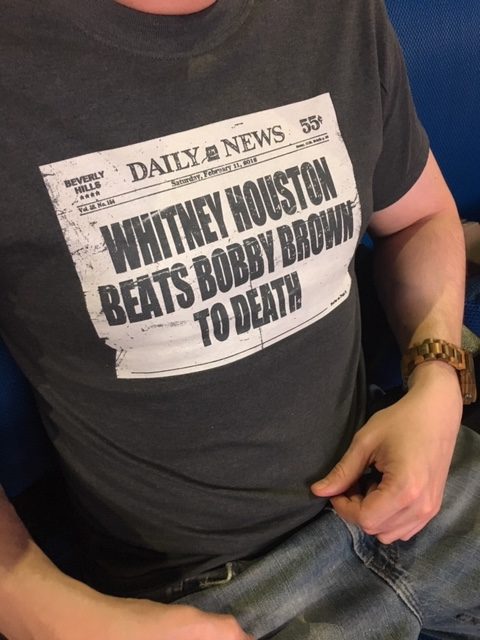 Yes, it was that kind of night.

5 thoughts on “My Sports Week, Part One: The Jimmy Butler Invitational”