9 o’clock came early Saturday morning but my driver wanted to get a jump on things.  The Gator game started at noon and the rest of the boys making the trip would be eagerly awaiting our arrival with drinks already in hand. 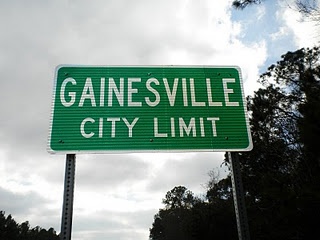 Yes, this was to be my annual trip to Gainesville to see my alma mater play football but more importantly to catch up with old friends, some of whom I hadn’t seen in years.

It had been far too long.

Of course, much of what happened that evening is a blur, considering we all sat in the same bar stools for about six hours before hitting the second stop of our whirlwind tour, but what follows is a solid (yet slightly hazy) recollection of the day’s events with no fabrication or exaggeration of any actual truths.  I think.

When I tell people that I make my annual excursion to watch the Gators play football, it’s really not about watching the Gators play football at all.  In fact, we generally don’t step foot into the stadium.  Sure, the game is on in the background, the play-by-play is blasting through the speaker system and the lot of us are oohing and aahing to the events of the day but it’s more about catching up with friends that I haven’t seen in years.  At least that was the case this weekend.  We were playing Idaho.

My travel companions and I have been to Atlanta, Fayetteville, Tallahassee, Columbia, Knoxville to name but a few.  This Saturday would entail a far shorter drive, only a few hours to the north, again not to get into the stadium but to sit at a rooftop bar and shoot the shit for hours on end, telling tales of old, creating ones anew and laughing until our abdomen hurt.  It was good to have a night off.

Things change over time.  Gainesville is hardly recognizable from the time I went to school there.  A dive bar called the Purple Porpoise, a Gainesville institution, has been torn down, gutted and replaced with a far fancier establishment that doesn’t reek of stale booze and where your feet no longer stick to the floor.  Back in the day, if you had to use the lavatory for something you had to sit down for, you were better off just holding it.  This new place’s lavatories were far more inviting.

At another place downtown, where I first learned how to pour a drink, times have also changed.  New faces, new places.  The man who taught me everything I know about tending bar has long since retired, he yet another Gainesville institution fallen by the wayside.  The bookstore where I bought countless books and swag also gone, soon to be replaced with who knows what.

Brand new shopping complexes lined Northwest 13th street.  Pricy condominiums now stand where the student ghetto once did.   Long gone are the Emmitts, Wuerffels and Tebows, the Spurriers and Meyers.  Gone… but not forgotten. 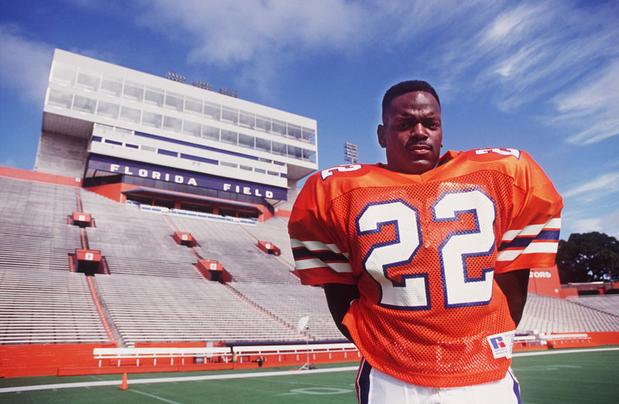 It is a new time in Gainesville.  And to be clear, this is not a post about how much better things used to be back in the day (although we did win three national championship, he he).  Things just change.  Sometimes for the better, sometimes for the worse.  Florida head coach Dan Mullen will have time to define his legacy.  He just has big shoes to fill.

After rummaging around town, we all finally stumbled into one bar late night where the floors were still sticky.  This place had been open since the 80s.  Although the faces, both ordering drinks and serving them, were far younger than ours, old school rock and roll played on the jukebox.  Both generations sang along in unison.

As it turns out, some things will never change.  That includes the time I spend laughing with friends cracking up about old times and creating entirely new ones.

Raoul, George, Brotha E, Mr. C (who couldn’t make it on account of a phone charger and ill-timed trip to Vegas), Jeffrey D, Johnnie May and the incomparable Steve McQueen, are friends with whom you do nothing but laugh, drink, talk about football, life and family, laugh some more and fondly reminisce.  Everyone is long since married now.  Kids and such.  We sat there Saturday, a bunch of fifty-year old dudes (give or take) cracking the hell up and not feeling one bit (TWO BITS!) old at all.

I am in no way opposed to change.  It’s just refreshing to know that some things never do.

Cheers, boys!  Until to we meet again! 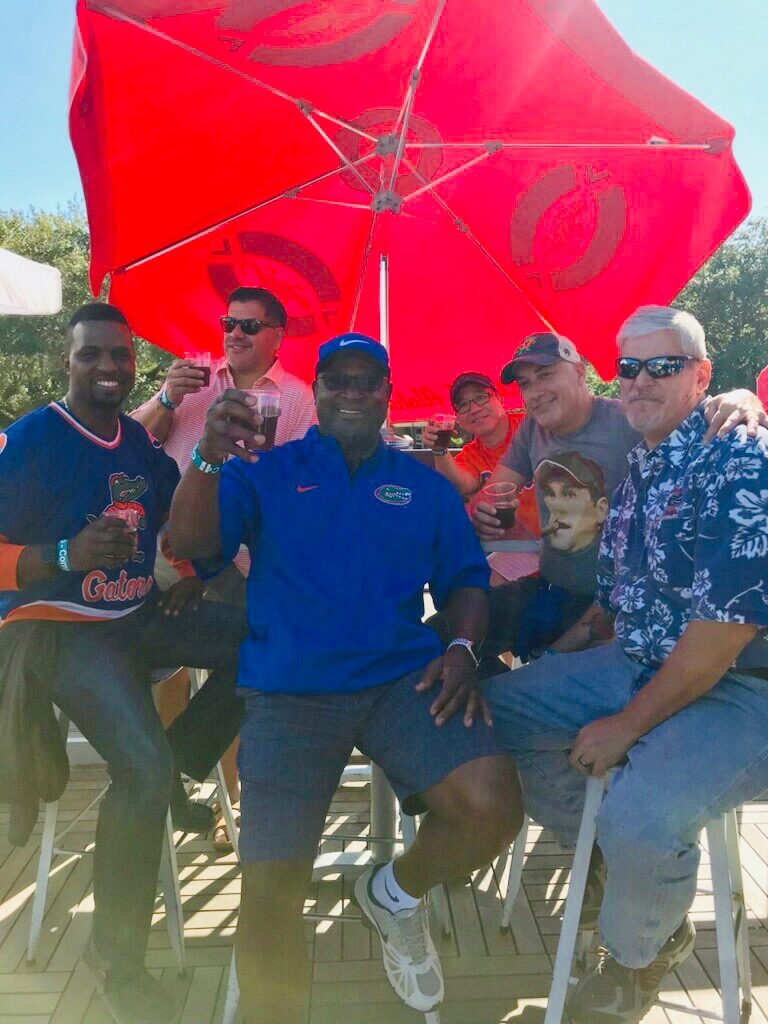 6 thoughts on “My Sports Week, Part Two: Vandals Descend Upon the Motherland”