I’m 50 years old.  When I walk into work, nobody wants to talk to me, not even make eye contact, until I’ve had my coffee.  It’s why my co-workers know to have a fresh pot brewing as I walk through the door.  They spoil me like that.

I’m not the only crotchety old man leading a crew of young’uns these days.  San Antonio Spurs head coach Gregg Popovich has never been one to hold his tongue… unless it’s during a sideline interview for which he simply cannot be bothered.

These days, however, Pop has a new beef.  It’s with the NBA’s three-point line.  What’s that poor inanimate object ever done to him? 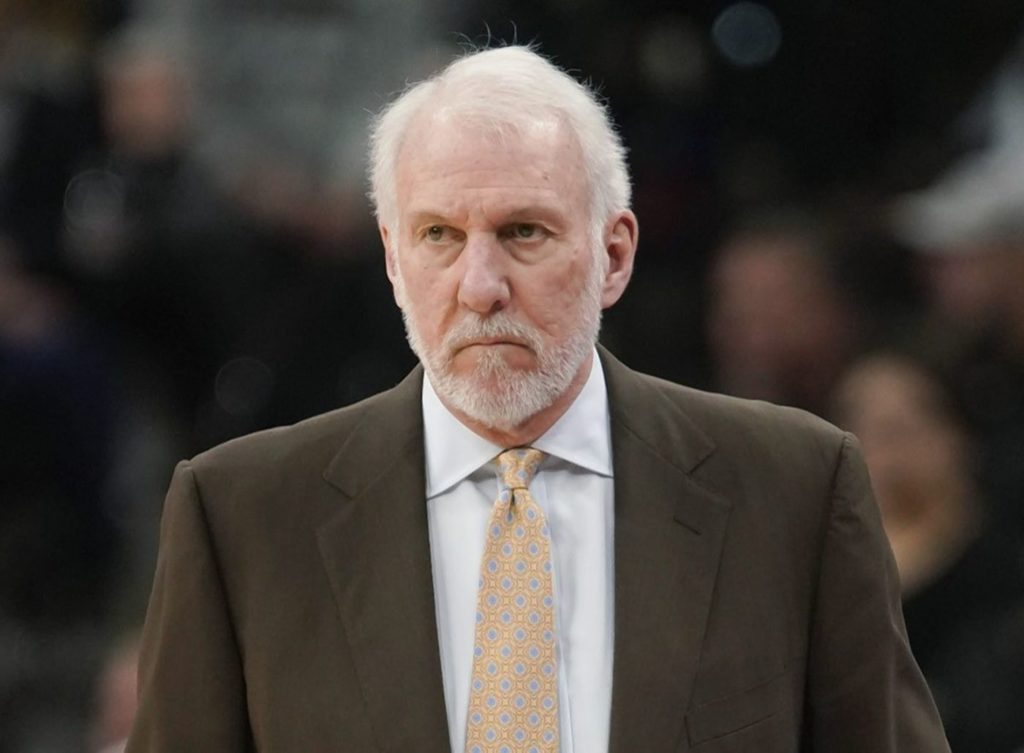 In a recent interview, Popovich told the media he’s always hated the three-point line… which is odd considering it has been in the league for forty years.  The three-point shot, says Pop, is “mucking up the game.”  Not only is Pop grossly out of touch, he’s also the only person to still use the word “mucking.”

Pop calls himself old school but old school, Hall of Fame players like Ray Allen, Reggie Miller and oh yeah, Larry Bird have essentially redefined the game from the perimeter.  New schooler Stephen Curry isn’t too bad from behind the arc either.  I would like to counter Pop’s “three-point shot makes the game boring” argument by saying these have been four of the most enjoyable players to watch in league history.  I also say that if you don’t like the three-point line, guard the perimeter.  Maybe Pop’s just pissed because no one on his current team can hit an open jump shot.

Pop’s once mighty San Antonio Spurs have fallen off the map in the Western Conference.  They are currently under .500 and if the playoffs started today, they’d miss ‘em altogether.  This is a team that with Tim Duncan, NEVER missed the playoffs, not to mention all the titles (five) they won with him.

Alas, Duncan has retired.  Former Finals MVP Kawhi Leonard has left town as well, leaving a bad taste in San Antonio’s mouth and a spur up Pop’s butt.  It bears noting that Leonard’s new team, the Toronto Raptors, boasts the best record in the NBA.

I have news for Gregg Popovich.  The three-point line isn’t going anywhere.  Not lost in Pop’s complaints is the irony that the ABA/NBA merger which brought the San Antonio Spurs to the NBA, also brought the three-point shot.  Perhaps Pop forgot that little nugget of NBA history.  It is unfortunate no reporter knew well enough to ask him.

The NBA likes ratings.  Offense brings ratings.  If you don’t like it, quit or play defense.  If Pop really wanted to complain about something, I’d say the league’s lack of defense and the way it is now officiated is worth a letter to the commissioner.  But to complain about a rule that’s been in the league for forty years and suggesting they should institute a five and seven point shot just sounds petty on Pop’s part.

I’m not going as far as to say that the game has passed Pop by.  He’s clearly earned enough good will in San Antonio to keep the job as long as he wants.  He’s a Hall of Fame coach and still one of the best in the game today.  But the last few years, the Spurs have been going through the motions.  With the loss of legendary players like Duncan, Kawhi, Manu Ginobili and Tony Parker, the Spurs have failed to evolve.  That’s something worth complaining about. 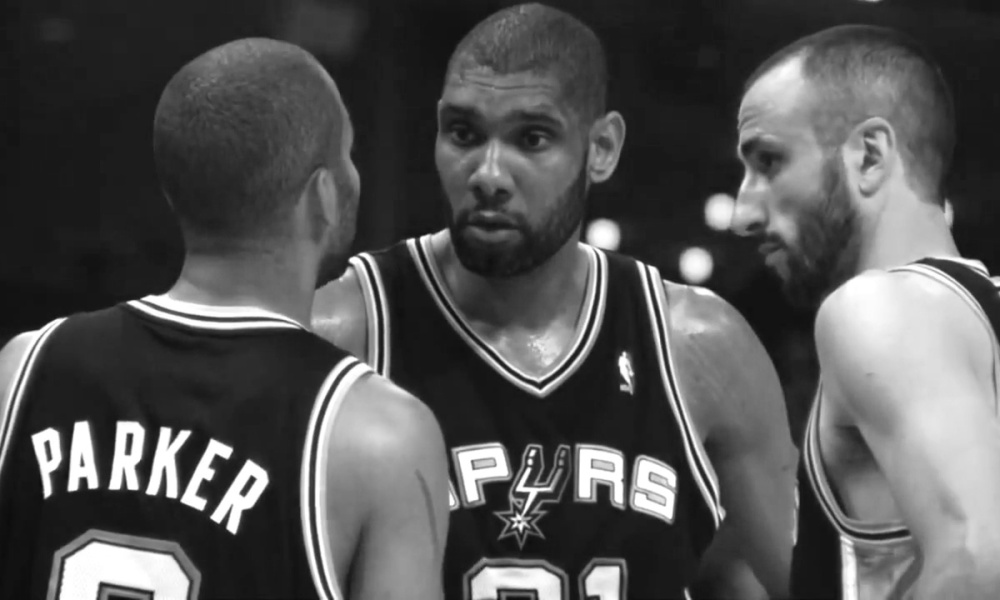 Collusion, super teams, inconsistent refereeing and soft play, there are plenty of things not to like about the current NBA.  If Pop’s not careful, we’ll soon be able to add him to that list.