In 2008, Tampa Bay hired a man named Barry Melrose to coach their beloved hockey team.  That experiment lasted only 16 games.  Fortunately, it wasn’t long afterwards that the organization found the man they wanted in Jon Cooper, who has since led them to a Stanley Cup Finals, an Eastern Conference Finals and once again has his team with the best record in hockey.

It is now evident that Barry Melrose was not the right hire.

The same cannot be said for the city’s newest hire.  The Tampa Bay Buccaneers have just hired their sixth coach in eleven seasons.  That man’s name is Bruce Arians. 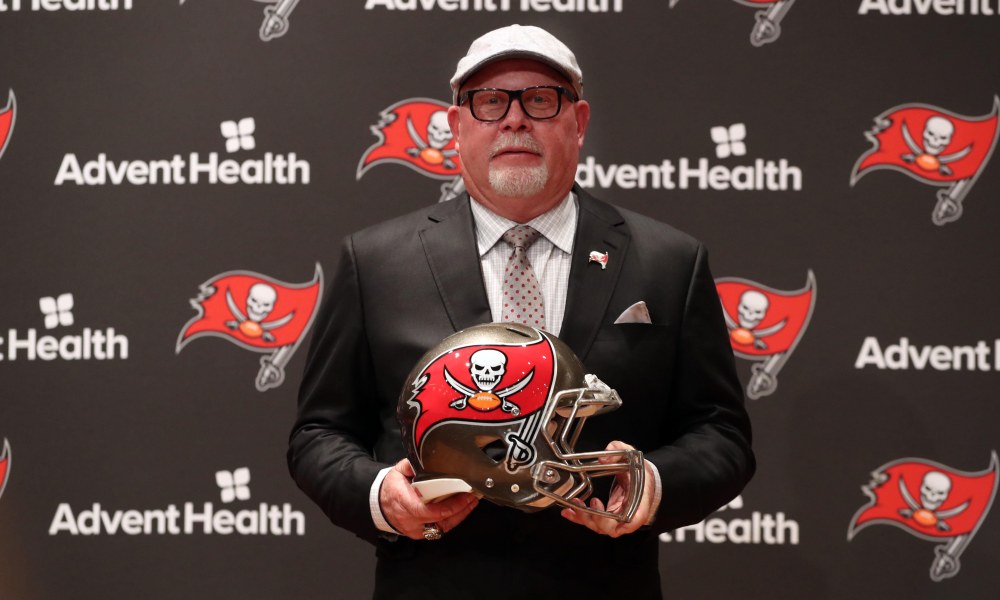 I’ve so far noticed a touch of local skepticism surrounding the hire.  I can only chalk that up to the fact that fans of this team have become so accustomed to losing, we’re not sure which way is up.  I’m here to suggest we pump the brakes on all this negativity and assure you that Arians was the right hire and the most qualified man we’ve had to coach this team in years.

Clearly this town and more specifically its football team have been overrun with negativity.  Understandably so.  We’ve seen a succession of unsuccessful head coaches, a quarterback that can’t find his way and an offense that can’t consistently do the same.  Furthermore, the defense is a far cry from the Monte Kiffin days.  The 2018 Buccaneers are a team that would score 48 points in one week and allow 48 the next.  With all their firepower, calling this team underachieving would be gracious.  After a solid start to the season by beating two playoff teams, the Bucs ended up losing six of their next eight games to teams that are not.

What the Tampa Bay Buccaneers desperately need is a change of culture.  It sure sounds like we’ve been saying that a lot lately but I can only believe ownership finally took note with the Arians hire.  Tampa Bay doesn’t need to find the newest, hottest young coach a la Sean McVay that every franchise seems so enamored with.  McVay is an anomaly; these searches end far more in more failure than they do in success.  What the Bucs need now is an old school guy to right a pirate ship that has lost its way while not taking any shit in the process.

I’m not here to convince you Bruce Arians is that man.  I am here to support the hire and to tell you he can’t be any damn worse than what we’ve had in the recent past.  So, smile already and let’s give this guy a laurel and hearty handshake.

We’ve been over this before but let’s remind ourselves of a few facts.  Yes, Jon Gruden won a Super Bowl here in Tampa Bay but if you remove his first, most successful season as head coach, the man has a losing record, 45-51.  The Bucs thought they found their hot hire right after that in 2009, giving a young man within the organization a stout and sudden promotion.  Raheem Morris proceeded to go 17-31 over the next three seasons.

Greg Schiano was thought the right hire, a hard-nosed coach who would ruffle some feathers.  He did just that all the while losing football games along the way.  Schiano finished his Buccaneers head coaching stint with a record of 11-21.  Lovie Smith was then brought in and things got even worse.  Smith’s claim to fame was that he brought the Bears to the Super Bowl.  That Bucs team he coached couldn’t spell Super Bowl.  Smith finished a resoundingly un-super 8-24.

Dirk Koetter was hired and subsequently run out of town when he couldn’t get his number one draft pick to stop making bad decisions.  Koetter went 19-29.

And so we move on to Bruce Arians.  This is a good thing.  When Chuck Pagano fell ill, all Arians did as interim coach was lead the Indianapolis Colts to a 9-3 record.  He then took a head coaching gig with the Arizona Cardinals and had three seasons over .500.  In 2016, he took the Cardinals to the playoffs and beat the Green Bay Packers.  Need I remind you that ‘playoffs’ is a foreign language to Buccaneers fans considering we haven’t been there since 2007 and haven’t won a playoff game since 2002.  To quote the Jim Mora “Playoffs?  I’m just hoping we can win a game.”

Arians is known as a quarterback whisperer.  He even co-authored a book of the same name.  He has worked with Peyton Manning, Ben Roethlisberger and Andrew Luck.  In Arizona, he made the playoffs with Carson Palmer who had never played better. 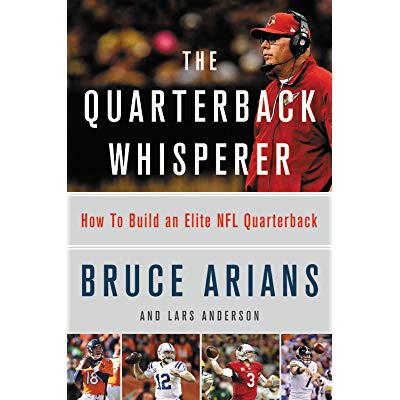 Jameis Winston is a quarterback that can use some whispering.  He is no Luck, Peyton or Big Ben but he is only 23 years old and in the final year of his rookie contract that will make or break his career here in Tampa.  In the past, the Bucs would choose Winston over any coach in the organization.  That is no longer the case.  Arians will decide whether Winston is the quarterback of the future and that decision will be made within the next year.  So far, he’s saying all the right things.  We’ll see if he can get Winston to achieve the acquired results.

A lot of talk was made over whether the Bucs should offer Winston that fifth year for $20 million but they didn’t have much of a choice.  Their back-up Ryan Fitzpatrick will be 37 next season and while showing moments of brilliance, most agree he’s no long-term solution.  Signing another free agent in lieu of Winston would have cost the Bucs the same amount anyway so sometimes the devil you know is better than the devil you don’t.

Make no mistake, the Buccaneers have now given Winston the tools to win: a coach who knows how to develop quarterbacks.  If Winston can’t pull this off, only he is to blame.

To shore up the defense, Arians brings with him Todd Bowles, the recently fired head coach of the New York Jets but to be fair, only one coach in Jets history has left New York with a winning record over multiple seasons and that man’s name is Bill Parcells.  Lou Holtz, Pete Carroll, Rex Ryan and Herm Edwards all tried and failed.  Bowles just followed in their footsteps. 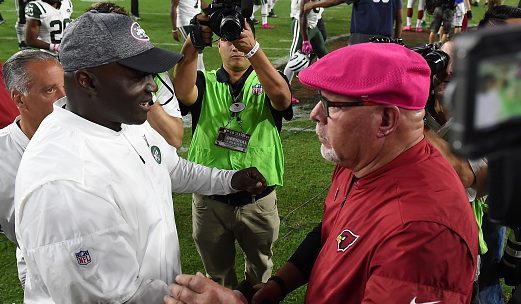 Bowles and Arians have history.  Not only did he coach alongside him in Arizona but he played under him at Temple.  Both Bowles and Arians are no nonsense guys which is perfect for a team that has been characterized by nothing but.

Arians is no spring chicken.  He is 66 years old and while the NFL trend is to try to find the next hot commodity, there’s nothing wrong with a proven commodity and Arians is just that.  He won’t coach this team for the next eight years.  The average NFL head coach’s tenure is half that.  But Arians will set the wheels in motion by changing a culture that so desperately needs it.  He will not accept the losing ways that in this city have become the norm.

As you can tell, I am totally supportive of this hire.  I’m here to tell you that you should be too until he proves otherwise.

In 1996, the Orlando Sentinel hosted a readers’ poll. After playing four seasons with the Orlando Magic, their young center phenom Shaquille O’Neal was due a large pay day. The local paper asked readers whether they felt Shaq was worth that sort of money, which was at that point was around $14 million a year.  Shaq wanted more and ended up getting it from another team that recognized his value.

Scorned by the good people of Orlando, Shaq went west and the rest is history.  He won three titles with the Los Angeles Lakers, another in Miami and became the most dominant big man in the modern game.  Orlando has since struggled, only reaching one Finals with another big man they also no longer have on their roster.

The point is that it is important to make Bruce Arians feel welcome.  He’s here to win football games.  I suggest we not run the man out of town before he’s even unpacked a box.