I remember exactly where I was the night of the Malice at the Palace.

It was so disturbing for this peace-loving, NBA fan that I could barely turn away from my television set.  I sat in disbelief, watching highlights (or rather lowlights) of that evening over and over again until early the following morning. 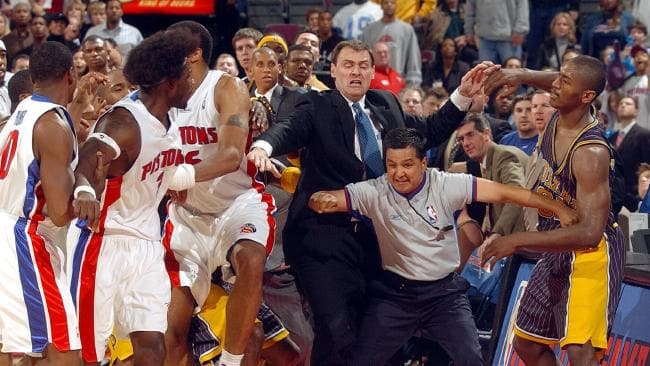 The images remain vivid in my memory: Ben Wallace shoving Ron Artest, teammates trying to break it up, Artest going to lay down on the scorer’s table after both players were separated, a beer being hurled onto Artest from the stands hitting him in the chest, all hell breaking loose, Artest running into the stands to find the fan who threw the beer, Stephen Jackson following him, Jermaine O’Neal cold-cocking yet another fan who had no business being on the floor, David Stern’s abject disapproval, jerseys torn, mayhem abound and the ensuing, unprecedented suspensions.

That night was a black mark on the NBA that changed the way the league tolerates violence just as it did the night Kermit Washington shattered Rudy Tomjanovich’s jaw. 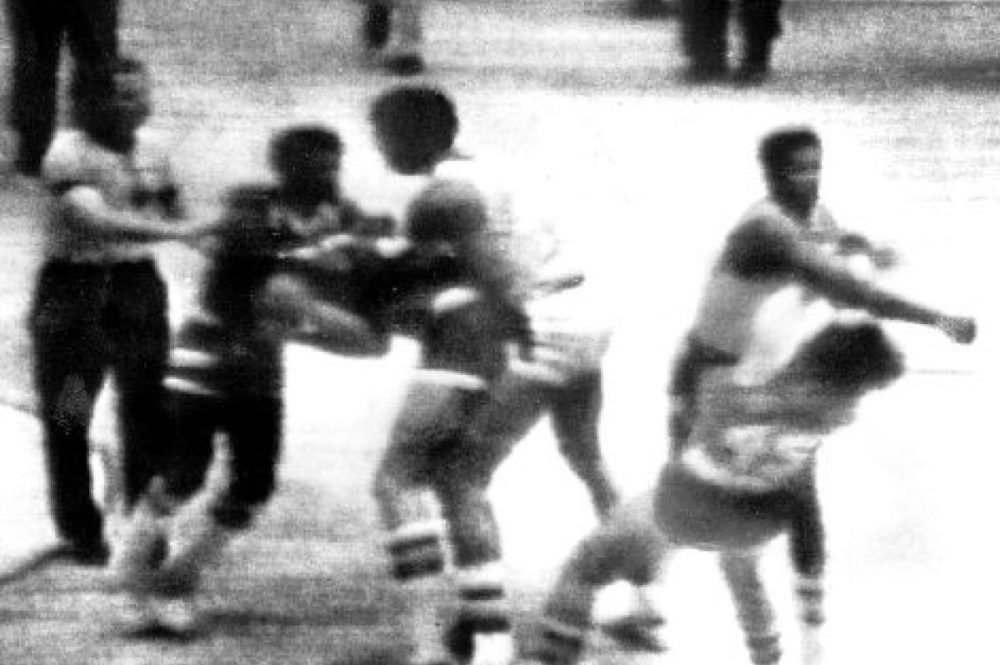 While fighting is verboten in today’s NBA, back in the day, fisticuffs were far more commonplace.  Images weren’t everything, social media did not exist and bullshit was not tolerated, not from opponents and most certainly not from fans.

I recently started a series called “Things I learned from Basketball: A Love Story,” a must have for any NBA fan.  It’s a slow, enjoyable read, one you don’t want to finish.  Here’s another tidbit I found interesting from the book’s initial pages.

This tale, just as the last one, involves the early Celtic dynasty.

Here is Hall of Fame guard Bob Cousy, in his own words, talking about the night a boisterous fan was giving his team lip service… and what came to pass immediately afterward:

“In Syracuse, they’d boo you [even] if the bone was sticking out of your leg.  There was no inch of sportsmanship in any way.  They were hostile. Some fan got carried away, he must have had a couple of pops before the game, and this guy got onto the floor in a timeout.  I took him and I shoved him in the middle of our huddle.  Loscy [Jim Loscutoff] and everybody took a shot a him.  They picked him back up and dumped him out, and they all ended up in court.”

Ah, the good old days when the NBA was like a Martin Scorsese movie. 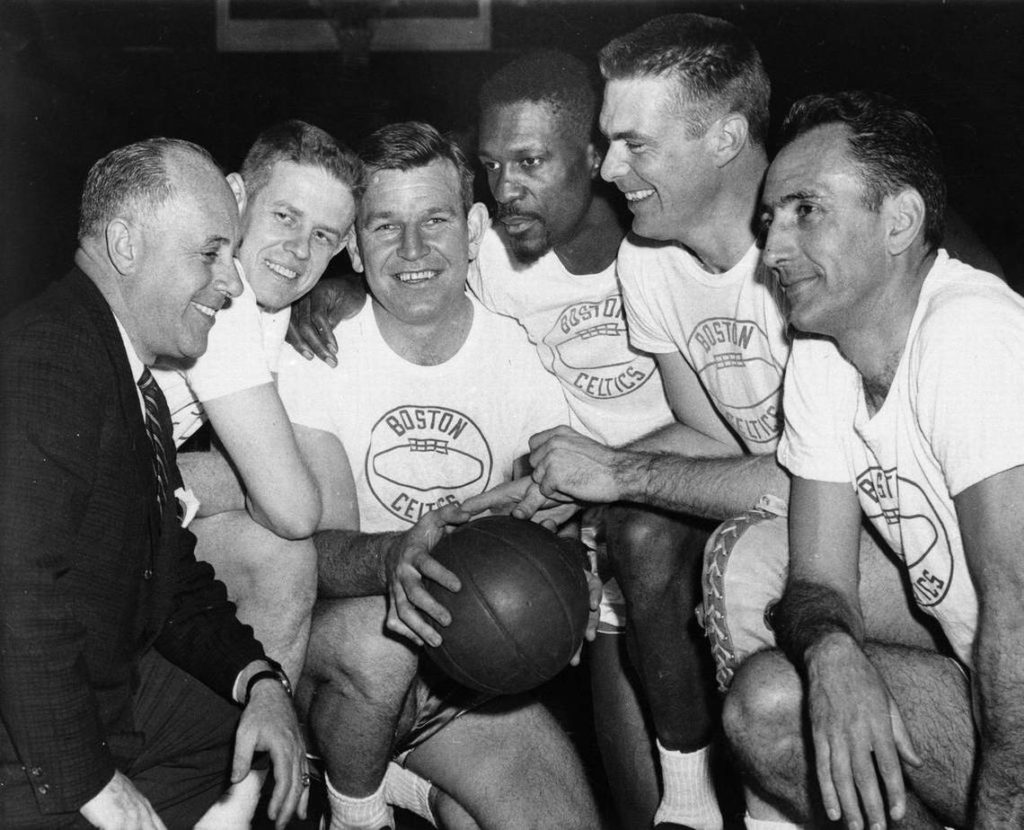 Look, we’ve all been to games where we’ve heard hecklers cross the line.  The fan who threw the beer that night in Auburn Hills changed the course of history, at least for Artest who was suspended for a year.  But can you imagine a day when athletes could beat the crap out of fans that deserved it?  How much of an uproar would there be today if NBA players got together to beat the shit out of somebody.  I mean, we expect that from the NHL but not the NBA.  And NFL players don’t beat up fans, only their significant others… but I digress.  Clearly rushing the court or field and/or throwing a beer on a player warrants an ass-beating.  I’m just not too sure any of us want to see that sort of extra-curricular.

Every ticket stub holds codes of conduct for its fans.  Far too often they are not followed.  Yes, athletes are well-paid to do what they do but that doesn’t give fans the right to get personal.

After that night at Auburn Hills, any punch thrown in the NBA leads to an immediate suspension.  But fifty years ago, if you walked into an arena and started to get a little mouthy, you might end up on the wrong end of a player meet and greet.

4 thoughts on “Things I learned from reading “Basketball: A Love Story” – Part Two: Don’t Go Messin’ With the Celtics’ Huddle”