Thirty seconds into the biggest game of his season, Zion Williamson sprained his knee.

Williamson, in case you haven’t heard, is the most-hyped college basketball player in decades, for good reason.  He has, in many cases, accurately drawn comparisons to LeBron James in the sense that a) he is a massively-statured freak of nature and b) he has that air of an athlete that can immediately change the state of an NBA franchise.

A Google search of “Zion Injury” the following evening drew 110,000,000 results.  This knee thing is kind of a big deal.

On any other day, Syracuse head coach Jim Boeheim running over someone in his car would have made college basketball’s front page.  Not this February 21st, however, when every NBA team tanking for a chance to draft the appropriately named Zion held their collective breaths.

Tuesday night, in Cameron Indoor against their most hated opponent, the Duke Blue Devils were seven-point favorites against the 8th ranked North Carolina Tar Heels.  This was finally their chance to see where they stood in college basketball’s most celebrated rivalry.

Within the opening seconds, Williamson received a pass from teammate Cam Reddish and dribbled to the top of the key.  Williamson then made a move to shed his defender but his shoe gave way, the bottom ripping out.  Williamson did an awkward, unexpected split on the floor as UNC stole the ball and headed the other way.  UNC would go on to win the game, the Zion injury a shock from which Duke could not recover. 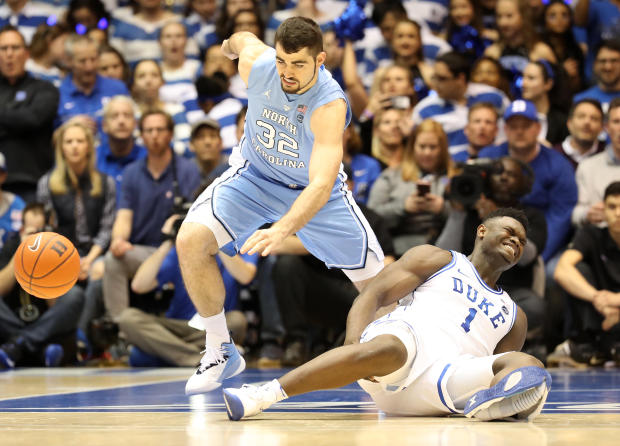 Zion hobbled off the floor and into the locker room, his torn shoes underneath his chair.  It bears note that the shoes Zion wore were Nike, whose stock dropped almost two percentage points the day after the incident.  The signature shoe even had NBA star Paul George, whose name was on the hi-top, talking to the company about what the hell happened.

This was no ordinary night in North Carolina.  Spike Lee, Ken Griffey, Jr., and Former President Barack Obama were in attendance.  Like I said, watching this kid play basketball has become a big deal.

There has been no official word on the extent of Zion’s injury but the incident raised a media shitstorm from every possible source, for good reason.  Zion’s fall affects finance, culture, fashion, celebrity, pro sports’ riches, college sports’ inequities and perhaps most importantly, one young man’s future.

In the past twenty-four hours, countless pro athletes who understand what Zion stands to risk via by continuing to play (for free) have recommended he simply shut things down and not play another minute of college basketball until draft night.  Zion’s stock is so high that he could conceivably follow their advice and not risk his number one status.

The incident inevitably led to the age-old argument about how college athletes risk harm while not getting paid while the institutions whose jerseys they wear make countless millions on their image.  College sports has been unfair since they first started charging admission.  The Zion incident just brought it back to center stage.

Suggesting Zion hang it up is a valid, albeit rash, proposal.  While it protects the kid in bubble wrap, it negates the importance of winning a college championship, depending on whether that is important to Zion, which one must assume it is considering he went to Duke.  Calling it quits, while perhaps the most fiscally sound option, also brings into question a kid’s character.  If he’s not willing to play for fear of injury, what’s to prevent the kid from not playing once he’s signed a multi-million-dollar deal with whatever NBA team drafts him.  Keep in mind, NBA rookie contracts are also regulated and quite often front-loaded.

To be clear, it is not my knee.  While it would suck for every fan of college basketball, I would totally understand if Zion hung ‘em up after Wednesday’s injury.  I would not judge him for doing so.  I just don’t think it’s going to happen. 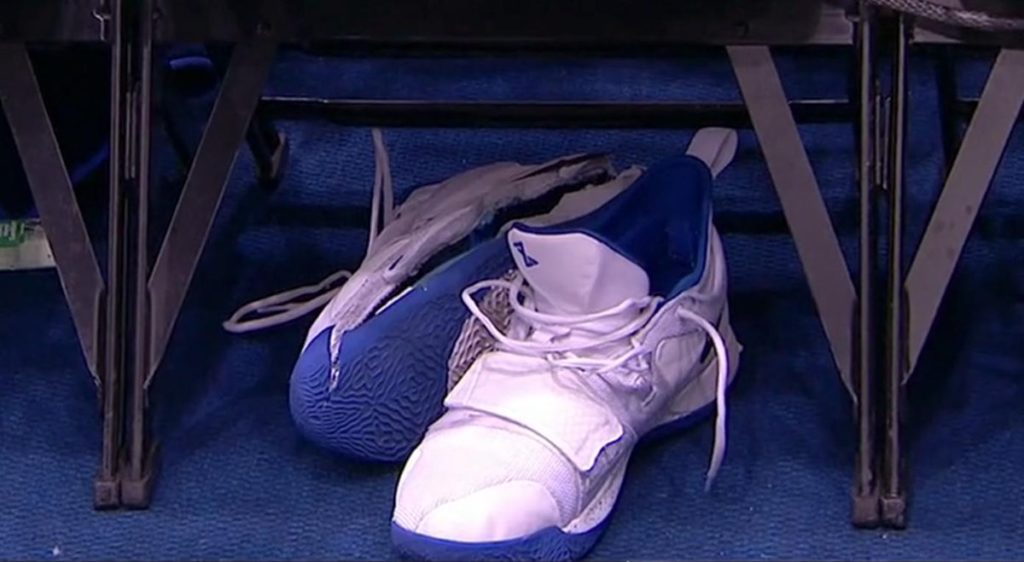 So here we are, in quite the quagmire.  We have a kid who has the potential to earn more than any player in NBA history, a system which currently “employs” him for a service for which is not compensated, the best option for the kid NOT to play a sport he loves and four long months of uncertainty until the NBA Draft.

So what is Zion’s mother to do?

The answers have to be out there.  It’s just that no one has come up with them yet.  While many think Zion calling it quits for fear of further injury is wise, that doesn’t take into account the backlash he’ll inevitably face from many for not finishing what he started.  While Duke has the talent to win a national championship in his absence, television ratings wouldn’t be anywhere near what they would be if Zion was leading the charge.  That means both the NCAA, the networks and the advertisers would lose out.  And yes, Zion too would be losing out on an invaluable experience by not playing in one of America’s traditionally most cherished sporting events.

I’m at a loss.  If I were in Zion’s corner, all I could do is present him with the facts at hand and let him and those closest to him make that decision.  Selfishly, I want to see what this kid can do in March where champions flourish.  The tournament would suck without him.  Of course, I have also become victim of a system that unfairly profits on the talents of those it reimburses only with room, board and tuition.

Zion Williamson’s family, who has already taken out an insurance policy out on their son, has an important decision to make.  To play or not to play.

Athletes risk injury every time they take the floor.  Heck, we risk injury when we sit behind a steering wheel.  But Zion’s promise raises the question of how we can still reward players who have far more to lose than the institutions they play for.

Duke will continue to recruit top young talent and compete for national championships.  Nike’s stock will recover once they come up with some kitschy commercial about a blown-out shoe.  Only Zion can determine his own fate which isn’t always the easiest thing for an 18-year old.

Here’s hoping he does so on good footing and on solid ground.

12 thoughts on “Zion’s blowout; Zion’s decision: How one night in Durham could change everything”