Deep in the heart of Southeastern Florida, a seventy-something year old, white billionaire walks into an Asian massage parlor looking for some relief.

In case you’re not familiar with what goes on inside these “massage” parlors, the word massage is only partially a misnomer.  The men who frequent these establishments are technically getting ‘massaged.’  For the sake of clarity, however, let’s just say these places cater more towards a fuller body massage than your average licensed masseuse would typically engage in… or at least that’s what I’ve been told. 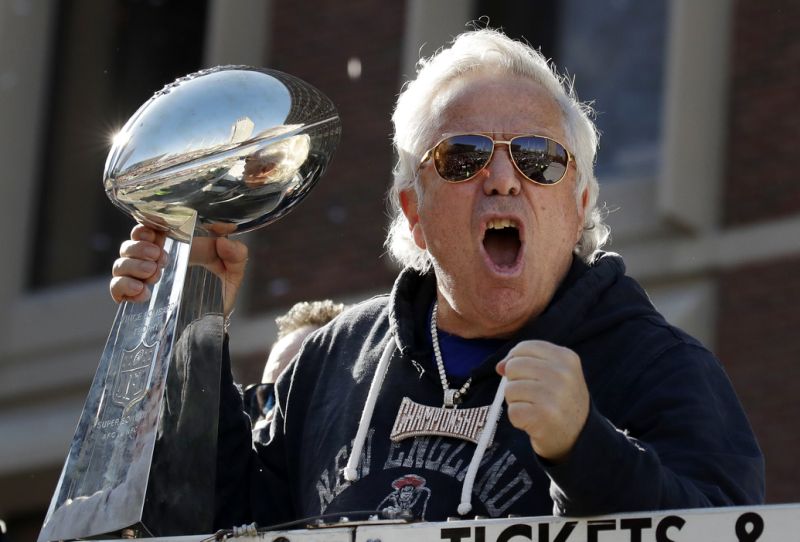 Unfortunately for the white billionaire in question on this particular afternoon, New England Patriots owner Robert Kraft, visiting such establishments and employing their services is against the law, as those types of massages constitute prostitution.  Much to his embarrassment and the embarrassment of the NFL team he owns, Kraft was busted frequenting this particular massage parlor on more than one occasion.  He is currently being charged with a misdemeanor.  He has pled not guilty…  and he will most likely get off, no pun intended.

Late one evening after practice and then dinner, one of history’s most celebrated college basketball coaches was driving home from work.  It bears note that he had not been drinking.  Just an ordinary night at the office and a drive he had probably taken tens of thousands of times over the years.

This night, however, would be different as the car Syracuse head coach Jim Boeheim was driving struck and killed a man who was walking along the highway, leaving an accident that had happened moments earlier on a snowy, icy highway.  Boeheim and those in the car with him that evening were all brought in for questioning after the fatality but the district attorney believes no charges will be filed.  None of that changes the fact that a man is now dead due to Jim Boeheim’s negligence. 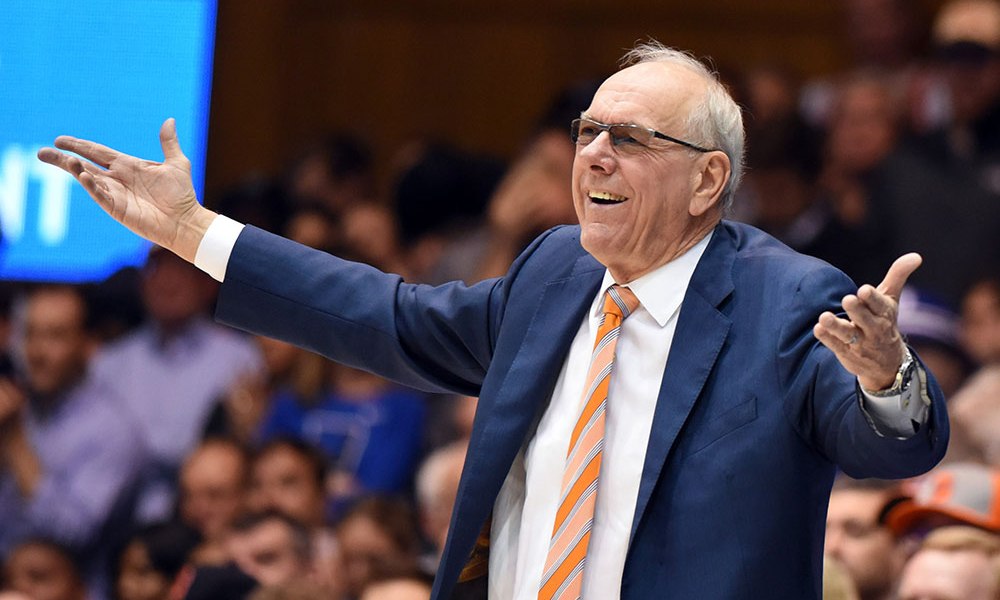 Perhaps the most disturbing of all the latest White Guys Gone Wild news came out of San Francisco Friday afternoon.  Giants CEO Larry Baer was having a spat with his wife.  From the multiple video accounts that have now adorned the internet, it looks like Baer is trying to get something out of his wife’s hands that she would not let him have.  Instead, he let her have it, throwing her to the floor in plain view for everyone, and one camera phone in particular, to see.  Whoops, Mr. Baer, you never know who is watching and for how much they’ll sell that video to TMZ.

Boeheim makes over two million a year, a mere pittance compared to what other big name, college basketball coaches are making but still a healthy sum compared to you and me.  Robert Kraft is worth a touch more than that, to the tune of 6.6 billion dollars; a hearty sum.  I couldn’t find a figure for what Baer is pulling in a year but rest assured if the owners of the San Francisco Giants, who are worth almost as much as Kraft, are allowing him to make key financial decisions for their franchise, Baer isn’t hurting for cash either.  I do believe I saw one article stating that he made upwards of $5 million back in 2013.  I’m pretty sure he’s had a raise since then.

These three men are all guilty of, at a bare minimum, using improper judgment.  They are also old, rich and white which tends to come in handy when running afoul of the law.

We can argue until we’re blue in the face about whether massage parlors should be legal or how sorry we should feel for Kraft’s predicament but the fact remains that he frequented a place, unknowingly or not, that was involved in illegal sex trafficking.  Jim Boeheim’s tragic accident a few evenings ago was a horrible mistake and was most likely due to February, New York weather.  That does not change the fact that his standing within the community will likely get him off whereas others in a similar predicament it might not.  And Baer, he won’t do time for any sort of domestic violence.  He might be reprimanded by either his organization or Major League Baseball but it’s far more likely that he receives a slap on the wrist for being a total and utter dick.

Welcome to America where it pays to be old, rich and white.

Rich, old white guys have been getting a pass ever since the history of rich, old white guys.  Jim Boeheim has built up enough good will in Syracuse that the guy could probably play demolition derby all over I-280 and get away with it.  The guy won with Carmelo Anthony, something no other coach has been able to do.  We may sympathize that Boeheim will have to live with this tragedy… but what about feeling sorry for the man that he killed?

Upon a recent visit to Atlanta, I saw a picture of Robert Kraft in the Civil Rights Museum.  It struck me as odd that of all the sports figures that have made a positive impact on the history of civil rights in this nation that Kraft would receive honorable mention.  I didn’t look on the back of the placard to see what he had done to receive such recognition.  I just assumed it involved him giving hundreds of millions of dollars to a cause that promoted civil rights.  Kraft is old, a widower and a humanitarian although after his recent visits to South Florida, that word carries new meaning.  Kraft, like Boeheim, will get a pass.

The Giants CEO Larry Baer may or may not lose his job based on the recent altercation with his wife.  She may or may not leave him.  Heck, if I were married to a multi-millionaire, I’d probably overlook a few missteps myself.  Maybe, as the Baer family issued in a public statement, it was just a “misunderstanding.”  That doesn’t mean Baer isn’t a total scumbag and should remain subject to the court of public opinion for having thrown his wife to asphalt in public.

I’m all for second chances but I also recognize a good double standard when I see one… or three.  Where is the outrage?  I’m not suggesting these guys do time, although Boeheim did kill a man and other less famous people have served time for less.  I’m just saying it’s no coincidence that these three men, all old, rich and white, in the grand scheme of things will get off relatively scot-free.  Lucky for them.

I’m old.  I’m white, sort of.  I guess I’ll have to work on those winning lottery numbers to complete the trifecta.  Until then, I guess two out of three ain’t bad.  Let’s see if that defense works for me the next time I’m driving recklessly to a massage parlor after throwing my wife to the floor.  Wish me luck.

10 thoughts on “Old, rich white guys doing whatever the hell they want”