Eureka!  I, the resolver of all things irresolute, the fixer of all that needs fixing, have found a solution to all the Lakers problems.  Someone please get me Magic Johnson on the phone!

All the talk this NBA trade deadline – and long after it – focused on how the Lakers couldn’t reel in the big fish, aka Anthony Davis. They offered up essentially their entire roster for the most coveted big man in the game… but no dice.  Collusion was the word of the month as every time Davis’ name came up, we thought those words were uttered from the lips of LeBron.  With every post-game handshake or embrace between the two, we assumed a potential fine from the commissioner was forthcoming or at least warranted. 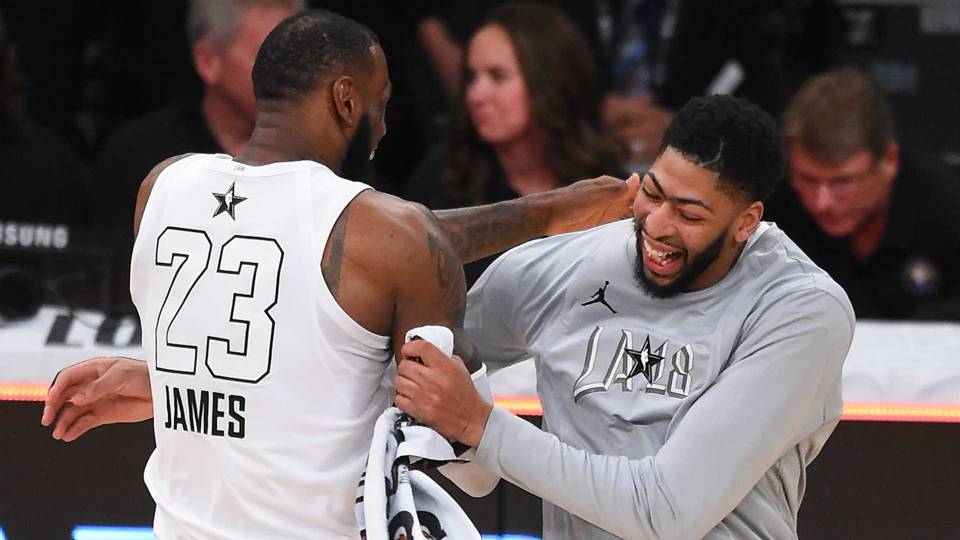 Alas, the deadline came and went with the Lakers remaining the same old, sorry ass, playoff-missing Lakers, LeBron-full and Anthony-free.

The Pelicans did not want what the Lakers had to offer… so allow me to flip the script entirely.

While losing superstars generally doesn’t work out for the teams with which they part, maybe trading LeBron is something L.A. should consider.  If the Lakers are so in love with their youth movement of Kyle Kuzma, Lonzo Ball and Brandon Ingram, then why just not move LeBron and build around them?  Think of what a) even an aging LeBron would warrant on the open market and b) how much cap space they’d clear to start anew.  There’s nothing wrong with cutting ties and just admitting this experiment was a mistake.  They did so with Karl Malone, Gary Payton, Steve Nash and Dwight Howard.  So why not LeBron?

It’s either that or keep him and make everyone else expendable, which would include their partially disillusioned fan base.  After the season they just watched, I’d go so far as to say most Lakers fans would be okay with the move.

What the Buss family needs to figure out is a) how long it will take to build around LeBron, b) what players they could get under their cap once they clear out the expendables, c) what they’d have to give up to move in the right direction and finally, d) determine whether that’s enough time to challenge the Golden State Warriors and the NBA’s second tier of contenders for a championship.  Rome, my friends, was not built in a day.

With all that considered, why is trading LeBron James not an option?  Think about it.  The Pelicans didn’t so much as budge when the Lakers offered basically their entire roster for Anthony Davis but you can’t tell me they wouldn’t have at a minimum listened to or even outright accepted a straight up deal for LeBron James.

When LeBron went to L.A., he was once again compared to the greats, this times the ones who played in purple and gold: Wilt, West, Kareem, Magic, Kobe, Shaq.  All these legendary players brought championships to Los Angeles.  When LeBron signed on the dotted line, he knew this weight would fall heavily upon his shoulders.  Passing Michael Jordan on the all-time scoring list was inevitable.  Bringing a championship to the Lakers is an altogether different animal.

These Lakers are light years away from competing for a championship never mind winning one.  With that in mind, do you think Jeanie Buss, Magic Johnson and GM Rob Pelinka have discussed trading LeBron behind closed doors?  Do you think that’s something he’d agree to or maybe even spearhead?  This can easily be a win-win for both parties. 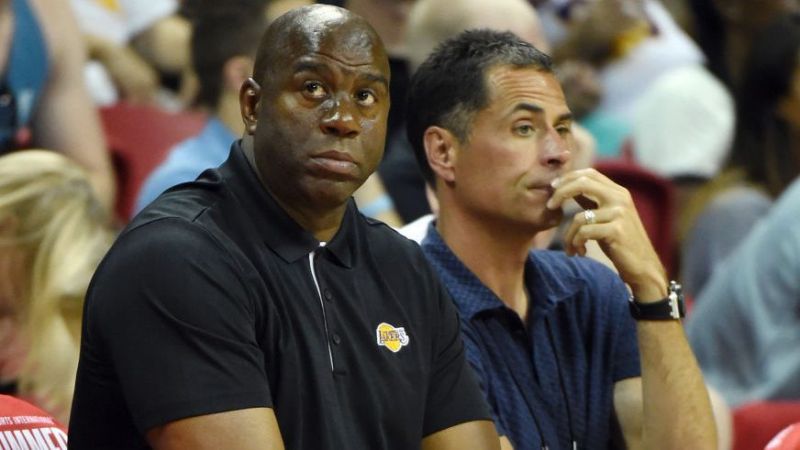 If you assume that you have four years left of LeBron James at the level to which he currently contributes, and that might be a stretch, is building a championship franchise within that time a realistic possibility?  How long did it take Golden State to build their dynasty?  Longer than four years, I assure you.

The Lakers will need not only one superstar but two to pose a threat.  Not only that but they’ll need depth.  I’m not talking about Carmelo depth either.  I’m talking about veterans and role players that will take close to the league minimum to play for the Lakers and for a championship.  And while you think that might be easy, it’s not like all-stars are beating down the door to play with LeBron.

The other night, LeBron James was on the verge of passing Michael on the all-time scoring list.  If I’m on that Lakers team and on the floor at the time, I want the assist that gets LeBron to pass Michael.  No one was passing him the ball.  That tells you all you need to know.

In 1999, Wade Boggs got his 3,000th base hit.  He did so in a Rays uniform.  Boggs played 18 seasons, his final two with the Rays.  Although he’s from Tampa, Boggs was never really considered a Ray.  That doesn’t change the fact that that milestone came while he was wearing one of their uniforms.  Aside from that, the individual milestone meant nothing.  That team finished 24 games under .500.

Some relationships weren’t meant to be.  Perhaps its time for the Lakers to cut ties while they still can, before things get too deep and parting becomes more painful.

They sold a lot of tickets and jerseys this season thanks to LeBron but the Lakers always do.  Filling the Staples Center has never been tricky.  The Lakers are iconic.  It might be time to make an iconic change.

So, I ask you, why is trading LeBron not an option… or is it?