If I’ve learned anything over the years, it’s that fewest words possible is a solid policy to live by.   The more you say, the trouble you can get yourself into.  No matter how hard I try, however, I still manage to trip over my own tongue.

In a recent conversation with a friend, I did it again.  Apparently, old habits are hard to break.

I was at my chiropractor’s office getting my monthly adjustment when my doc and I started shooting the shit.  An avid sports fan, he and I generally converse about the goings on of the day.  Since it’s March and he’s a fellow basketball jones, we started talking about the tournament.

Auburn had just gone on an unexpected run, knocking off Kansas, North Carolina and Kentucky.  Accordingly, I mentioned something along the lines of “that Bruce Pearl is a slimy fucker but he sure can coach.” 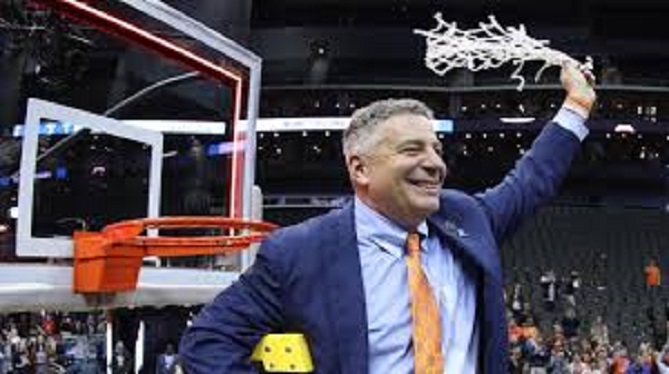 My chiropractor, an Iowa alum, remained silent, taken aback that I would say such a thing.  But why wouldn’t I?  I mean, who in their right mind doesn’t think Pearl’s a sleaze bag?  Then, I heard him utter the following four words that stopped me in my tracks.

Whoops!  There goes that mouth again.  It wasn’t as bad as calling my doctor’s uncle an douchebag but it wasn’t far behind.

What I didn’t know, however, was that Pearl had Iowa roots (where he was also involved in recruiting scandals) and that while there, he became a close personal friend of my chiropractor.

To be clear, Pearl is by no means alone in his miscreance.  I’m not sure any sport boasts as many snake oil salesmen as college basketball.  When it comes to character, the collective cesspool of college coaches ranks somewhere in between record label execs and times share salesmen.  When feeling down about himself, Drew Rosenhaus compares himself to NCAA basketball coaches just to lift his spirits.

The list of legendary, rule-benders reads like a chicanery top ten: Pitino, Calipari, Boeheim, Calhoun, Haskins, Bliss, Sampson, O’Brien, Krzyzewski, Miller, Wade, Floyd, Bozeman, Harrick, Eustachy, Tarkanian, I could go on and on.  Not a day goes by where some college basketball coach isn’t doing something grossly immoral.

However, when you hear Bruce Pearl speak, especially after taking Auburn to its first ever Final Four, you find him oddly likeable.  His words are genuine and sincere, or at least that’s what he wants you to believe.  Such is the dichotomy of the America’s college basketball coach.  These men have worked in, for and under a system that is far more corrupt than them.  They are a product of the environment within which they fester.

Maybe guys like Pearl are not to blame.  Maybe the NCAA, which is as corrupt and self-serving as any institution in this country, has turned these men into something they once thought they despised yet ultimately became.  Being calloused, fake and incorrigible is now a job requirement.  They are doing their best (we think) to ensure the young men they recruit leave campus better basketball players than when they arrived.  Well, everyone but Mike Krzyzewski.

If that means bucking the system’s grossly one-sided regulations so a young man can land the next, big NBA contract, then so be it.  If that means ensuring they earn a college degree while not attending class and winning a few basketball games in the process, that’s okay too.  What’s a little truancy among friends? 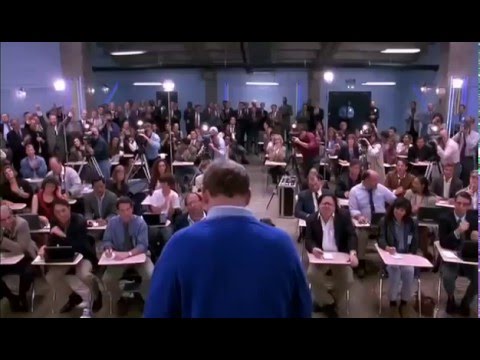 I’ve reviewed the movie Blue Chips in the past.  While delightfully cheesy, twenty years after its release, the film is still frightfully relevant.  As ludicrous as Blue Chips is, the most preposterous scene comes at the end where Nolte’s conscience gets the better of him.  After illegally paying players to come to his school, Nolte confesses his sins at a post-game press conference.  This would never happen in real life for first of all, the coach would have to admit to having a conscience.  The next college basketball coach to admit to any sort of wrongdoing will be the first.

So, I called Pearl sleazy, which he is.  However, just because college basketball coaches are the lowest of the low doesn’t mean they don’t have friends, as surprising as that might seem to you or me.  What’s scary is that if I met Bruce Pearl, I’d probably like him too.  Right after I tried the snake oil.

Auburn has two games left to win in their unlikeliest of seasons.  If they do that, they’ll become national champions and Pearl will add his name to the long list of coaches who have won the game’s highest honor, which is ironic considering the sport is filled with so little.

14 Replies to “Bruce Pearl, chiropractic visits and knowing when to keep quiet”