“There’s no comfort in the truth, pain is all you’ll find”

Please allow me to vent.  And if you live in the Tampa Bay area and have just suffered through the highest of highs only to follow it up with the lowest of lows, hopefully this will provide you with a bit of solace.  It probably won’t.

As a lifelong sports fan, I’ve suffered through some devastating losses over the years.  The 1978 Red Sox coughing up a 14-game lead in late July only to lose to their rival Yankees and Bucky Dent in a one game playoff.  The 1986 Red Sox being one strike away from winning the World Series against the Mets only to see a ground ball roll through Bill Buckner’s legs.  The undefeated Florida Gators getting trounced by Lawrence Phillips, Tommie Frazier and a far more physical Nebraska football team in the 1995-6 national championship game.  Their basketball counterparts and Teddy Dupay getting thrown to the ground by a far more game-ready Mateen Cleaves and Michigan State in the 2000 title game.  But at least those teams all made the finals in their respective sports. 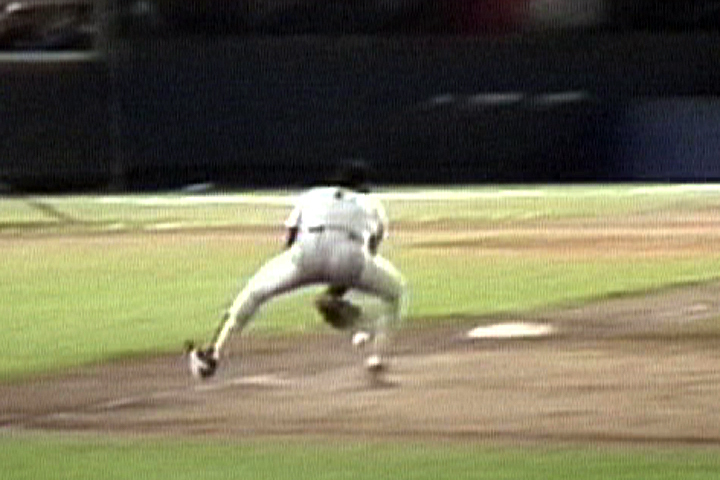 This year’s record-setting (now for multiple reasons) Tampa Bay Lightning couldn’t even muster up a single, post-season win.  While those aforementioned losses all left a scar that time can never mend, this Lightning debacle (which isn’t nearly strong enough of a word) left a taste in my mouth worse than an evening full of whiskey, cigars and going home with an unclean stranger.

All year long, we heard from far more knowledgeable (and far less partial) hockey fans about the curse of the Presidents Trophy, how this team was made for the regular season and not the post, with all of us rose-colored Lightning fans coming up with the trite and in the end, horribly wrong answer of “but this year is different.”

You’ll note I started this post off with a lyric from Careless Whisper.  Careless whimper is what better describes the heartless and uninspired effort this Lightning team put into its post-season.  There’s nothing worse than a team not trying.

I’m a firm believer in teams paying their dues.  One would think this team has already done that.  They’ve been in four of the last five post-seasons.  Five years ago, they lost in the Stanley Cup Finals to the Chicago Blackhawks.  The following season, they lost in the Eastern Conference Finals to the Penguins.  After altogether missing the playoffs the following season, they lost to the Washington Capitals once again in the Conference Finals.  All three of those teams went on to win the Stanley Cup, which bodes well for the Columbus Blue Jackets who kept the Lightning winless.  In other words, this team is regressing.  For a slew of talented (we think) players who took less money under the salary cap to stay in Tampa Bay, they have yet to learn how to win a hockey game that matters.  I guess some people are slow learners.

This little five-year experiment has generated three seasons of fifty or more wins but fewer and fewer post-season ones.  No wonder Steve Yzerman is leaving town.  He can barely stand the stench.

It’s easy to blame Jon Cooper… and I do.  The buck has to stop somewhere and for years, his demeanor has ranked somewhere in between a turtle dove and a gum-chewing zealot far too nice to coach hockey.  This is a man the organization loves, so much so that they gave him a contract extension in good faith three weeks before the season ended, which means that regardless of the results, they were on the hook.  If they got swept, which they did, to a team that had no business being better than them, which they did, and Jon Cooper got outcoached, which he did, he would still have job security, which he does. 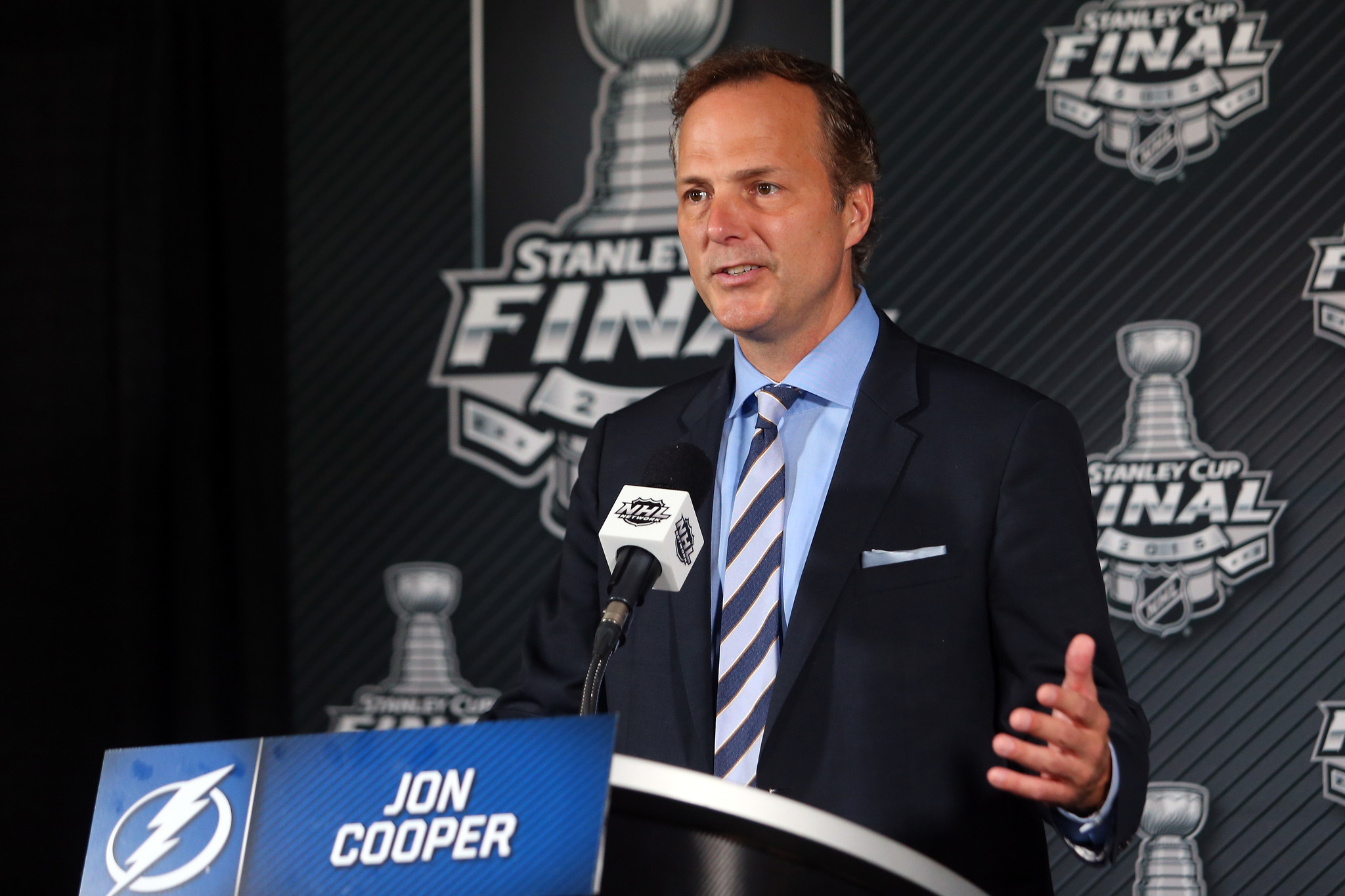 There was a disheartening lack of leadership on this team.  Once again, where was the star power?  Nikita Kucherov had 128 points in 82 games played, scoring 41 goals.  In four playoff games, in which he only played three after being suspended one game for smashing a defenseless hockey player out of frustration, Kuch totaled two points in three games and scored zero goals.  Steven Stamkos finished the season with 45 goals and 98 points.  He had one goal and two points this post-season.  These two regular season superstars have had post-season problems in the past.  If I were Cooper, which I am not as I am a man who is held accountable for his job performance, and I knew that these two players tightened up in the post-season, I would have made every effort to get them off the snide early so an empty stat sheet would not have rattled their far-too fragile psyches.  Alas, that never happened.  And here we sit a-stewing.

To put this colossal steaming pile of dog shit into perspective, this is an organization that ESPN the Magazine, your source for all things slanted about sports, voted the best in professional sports as recently as two years ago.  This honor is one traditionally given to the San Antonio Spurs, the New England Patriots, the Golden State Warriors and the St Louis Cardinals, teams that have all won multiple titles.  There is but one outlier in the bunch.

After getting inexplicably (I take that back, it is quite explicable) swept by the Columbus Blue Jackets (and congratulations to them by the way for exposing the weaknesses in this Tampa Bay Lightning team), my unhappy, commiserating conglomerate of sports fans tried our best to find any team in professional sports history that has underachieved so.  It’s hard to find.

The 73-9 Golden State Warriors went up 3-1 in the Finals and then lost to the Cleveland Cavaliers… but at least they made the Finals.  The 19-0 New England Patriots were 14 ½ point favorites to the New York Giants in Super Bowl XLII but at least they made the Super Bowl.  Last year, the top-seeded University of Virginia lost to University of Maryland-Baltimore County in the 2018 NCAA tournament.  It was the first time a 1 had ever lost to a 16.  But that was only one game.  One has to assume that in a four-game series, Virginia would have mustered up some semblance of an effort.  This year’s Tampa Bay Lightning did no such thing.

It’s no wonder I’ve been reading more books about music these days and fewer about sports.  That’s because music does not disappoint, unless of course you’re listening to Johnny Cash which is something I don’t currently recommend for Lightning fans already on suicide watch.  When you listen to a song from your favorite playlist, you’re reminded of a better time.  Albeit a fabulous and joyful regular season, I challenge you to remember a more disappointing team than this year’s Tampa Bay Lightning and draw any sort of positive. 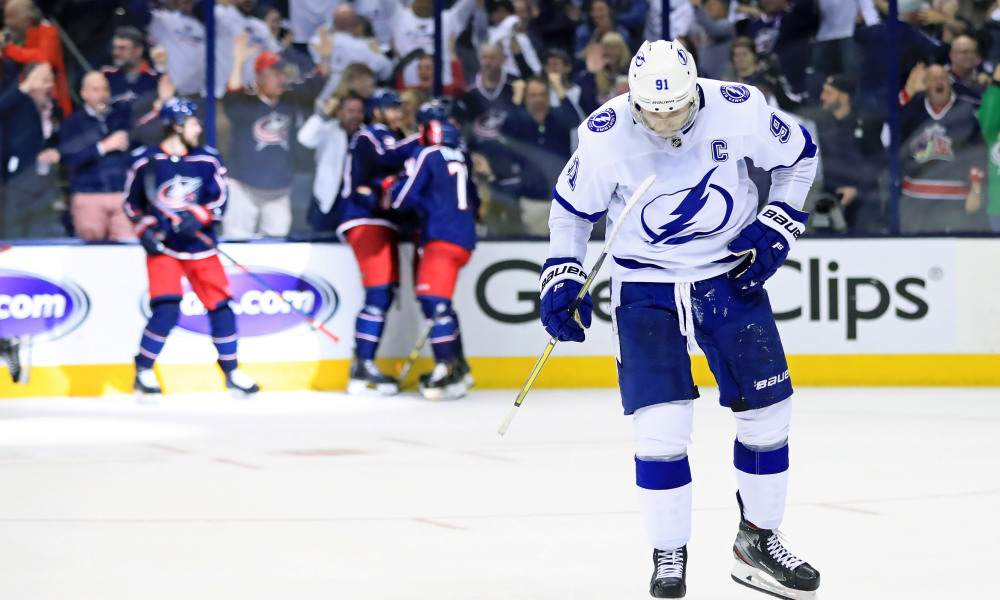 Lightning fans, this one is going to stew for a long, long time.  This year’s Tampa Bay Lightning will forever be remembered as one of the greatest regular season teams in any professional sport to not put forth even a lick of effort in the post-season.  Long ago, we all decided it was Cup or bust.  As it turns out, those were far loftier expectations than this team proved capable of mustering.  It is an empty, betraying feeling that this team cared considerably less about winning than its fans.

There’s nothing worse than losing to a team that wanted it more.  Or maybe Columbus didn’t want it more.  Maybe they were just better, more disciplined, better coached and more inspired for in four games, the Blue Jackets were better in every conceivable way.  Maybe Tampa fans were so disillusioned that we fell victim to the hype.  We believed we were better than everyone when we were, in fact, not.

It was like meeting that beautiful girl and soon realizing she wasn’t all she was cracked up to be or getting that guy into bed and finding he was painfully lacking downstairs.

What did we watch all hockey season?  What was that?  In the NHL, the regular season is the pre-season and the playoffs are where legends are made.  The Lightning created their own legend alright, one of sheer disappointment.  One would think this team would have learned by now.  Instead, this relationship bore only sour fruit in the end.  This year’s Tampa Bay Lightning will be forever a punch line, the answer to a sports trivia question Tampa fans will cringe when they hear asked.

And form yet another scar that time will never mend.