“It is the unemotional, reserved, calm, detached warrior who wins, not the hothead seeking vengeance and not the ambitious seeker of fortune.”

Sun Tzu, The Art of War

I saw Carlos Santana in concert last week.  This year, he will turn 72 years old.  This comes one week after I saw KISS in concert featuring another two artists who are both in their late sixties.  Gene Simmons and Paul Stanley, the founding fathers of KISS Army, are 69 and 66 respectively.

In other words, I see old people… and not just when I look in the mirror.

Kawhi Leonard is nowhere near that age bracket although, by today’s NBA’s standards, he is rapidly approaching wily veteran status.  This year, his eighth in the NBA, he will turn 28.

Having seen both the Grammy Award-winning Carlos Santana and the Finals MVP Award-winning Kawhi Leonard both perform their virtuosos only three days apart, I couldn’t help but be struck between a calm similarity between the two.  They are both soft-spoken, masters of their craft and without a doubt two unflappable dudes who are as cool as can be.  (They are also both cancers from California making this the first time in ten years I have brought up anyone’s astrological sign on this website.  I promise not to make it a trend.)

Carlos barely said a word for the first half hour of the concert, shredding his guitar as we’ve become accustomed to for the last fifty years.  When he finally spoke to the 6,500 adoring, screaming and dancing fans in attendance, as one would expect, Carlos was all about peace and love, in the spirit of Woodstock where he will be playing this summer as he did fifty years ago. 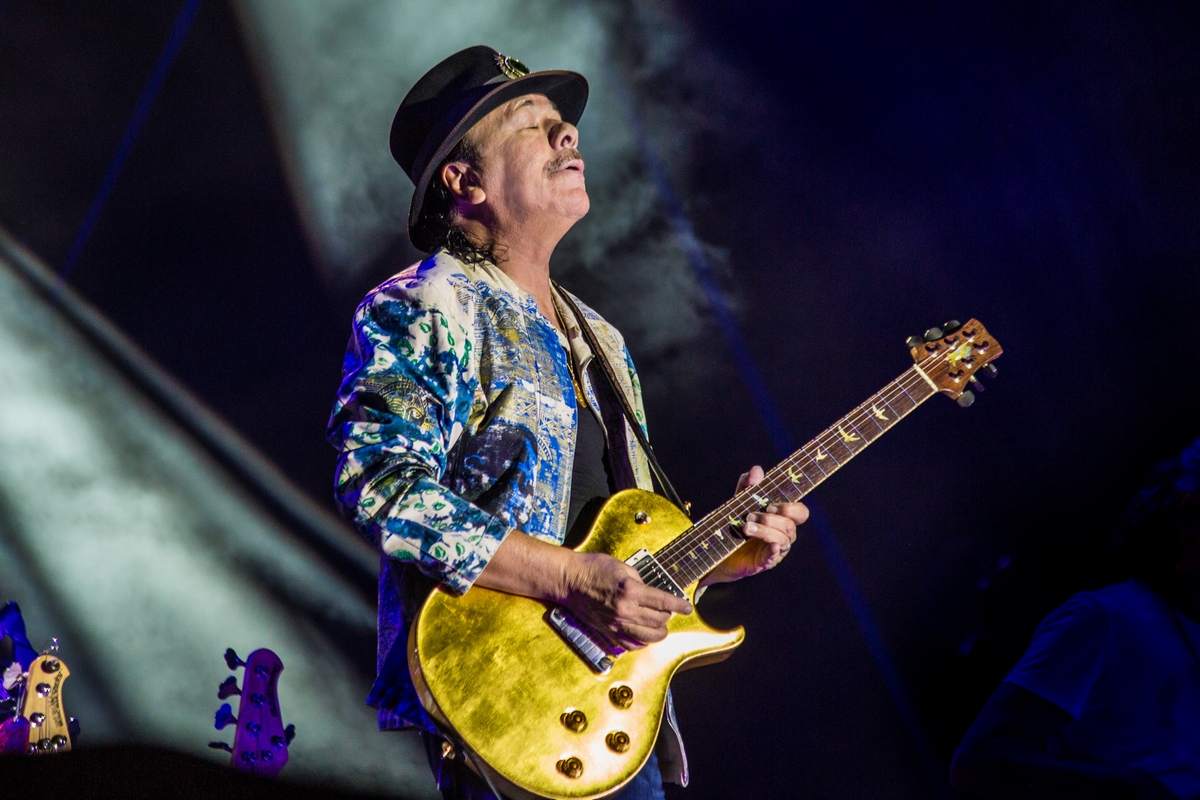 Aside from being one of the coolest cats on the planet, it dawned on me while watching him perform that I bet no one tells Carlos Santana what to do.  Not his tour manager, not his sound board engineer, not any venue director, not anyone on that stage.  Okay, maybe his wife but that’s about it.  That’s not to say he’s not open to listening but can you imagine walking up to Carlos Santana and suggesting “Hey, Chuck, maybe you should try this?” after which he’d kindly give you a silent glare back that simply said, “Bro, I’m Carlos Fucking Santana.”  His response would be understood, direct in a quiet sort of way, assuming anyone had the gall to commit such a sin in the first place.  Aside from being one of the greatest guitar players to ever pick up a six-string, Santana has been creating his own unique and unmistakable sound for five decades.  With that comes an air of untouchability.  As it should.

Now I’m not suggesting no one can tell Kawhi Leonard what to do.  To be sure, he and Gregg Popovich had their run-ins, just as I’m sure Carlos has had his over the years.  They’re only human.  Okay, super-human for what I saw from Leonard in Orlando on Easter evening was nothing short of un-guardable, like a defenseless Santana riff to which you must get up and move.  Like Carlos, while barely ever saying a word, Leonard lets his play do his talking.  Never hostile like Russell Westbrook, never openly cranky like Kyrie Irving, Leonard goes about his business, dropping a silent but not-so-silent thirty every time he hits the stage. 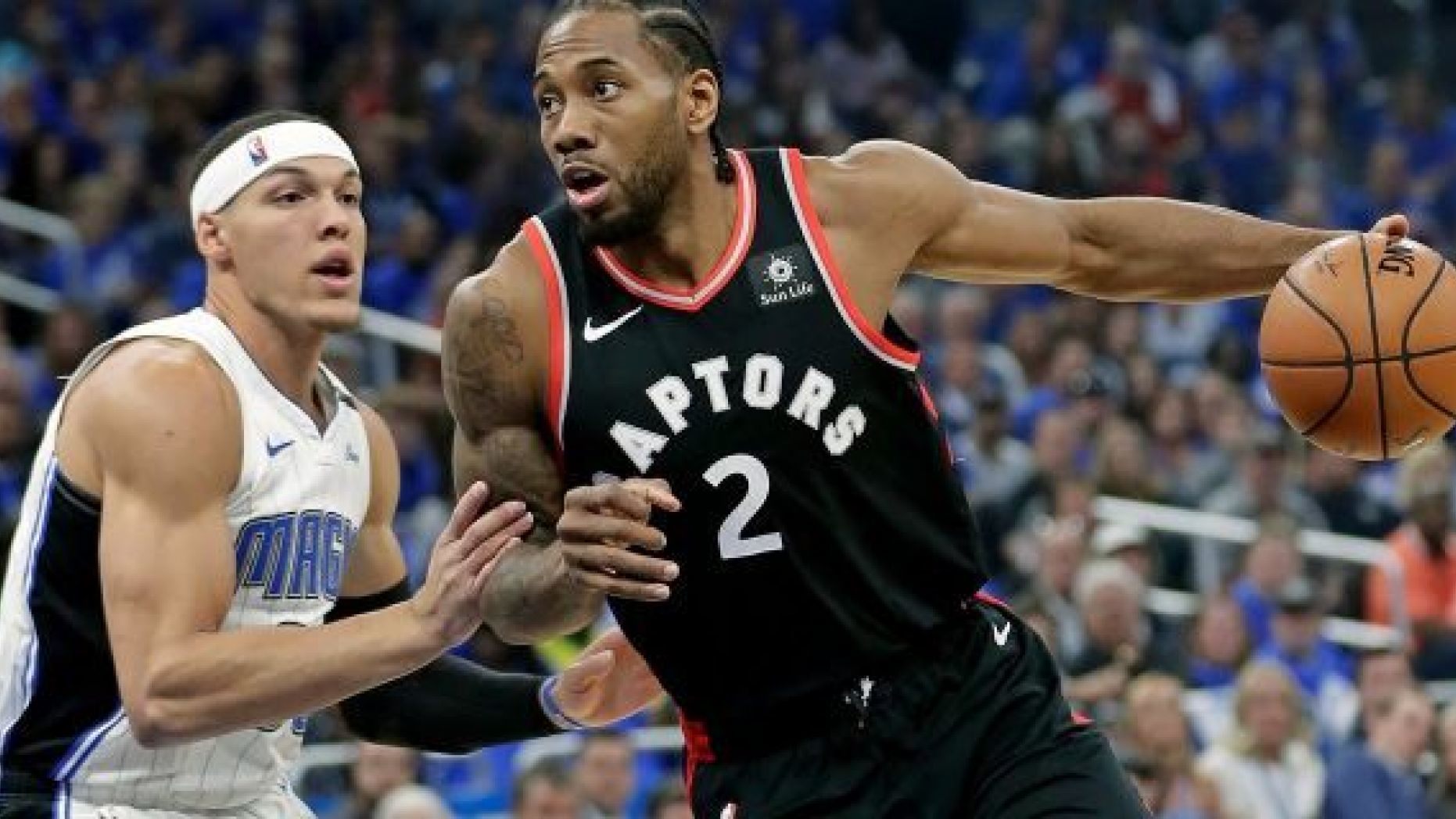 That Easter in Orlando, Kawhi dropped a game-high 34 points.  In his five games eliminating the Orlando Magic from the playoffs, he scored 25, 37, 16, 34 and 27 while barely breaking a sweat.  A 34-point night from Kawhi is far different from a 34-point night from say, Kevin Durant or Steph Curry.  There are far fewer oohs and aahs, just businesslike scoring.  Kawhi shot 49.6% from the field this season but 55% in five games against Orlando, a team that down the stretch boasted the best defense in the NBA.

That’s what great players do.  They elevate their level of play in the post-season.  Kawhi Leonard is doing just that.

I’ve never been one to say that Kawhi Leonard is the best player in the league, although many have argued that point.  Likewise, I’ve never said that Carlos Santana is the best guitar player on the planet but he sure as hell ranks.  The field in which these two men operate is largely subjective so while they might not be the very best at their craft, no one would be offended if you suggested they were.  They are just bad ass, unassuming motherfuckers who find their groove like very few before them and most likely very few after.  They don’t need a spotlight to grab your attention, just a guitar and a basketball.  And every time that they hit the stage, they play timeless classics from which you simply cannot turn away.

4 thoughts on “Kawhi Leonard and Carlos Santana: Separated at Birth, Masters of their Domain”