I generally decline from political commentary on this website.  I have my own belief system as do you.  I don’t expect to change anyone’s mind here, only to stimulate conversation.  Like a night out at your favorite, local pub, any discussion of either politics or religion is strictly verboten.

That being said, let’s consider jumping the shark just for the sake of jumping it.

Tiger Woods is headed to the White House this week to receive the Presidential Medal of Freedom.  Albeit an historic golf career, and the fact that Woods is pretty chummy with the current President, I can’t sit idly by and not question the timing of Mr. Woods receiving such an honor.  Winning another Masters, fourteen years removed from his last, was quite the accomplishment, arguably this year’s most moving moment in sports. 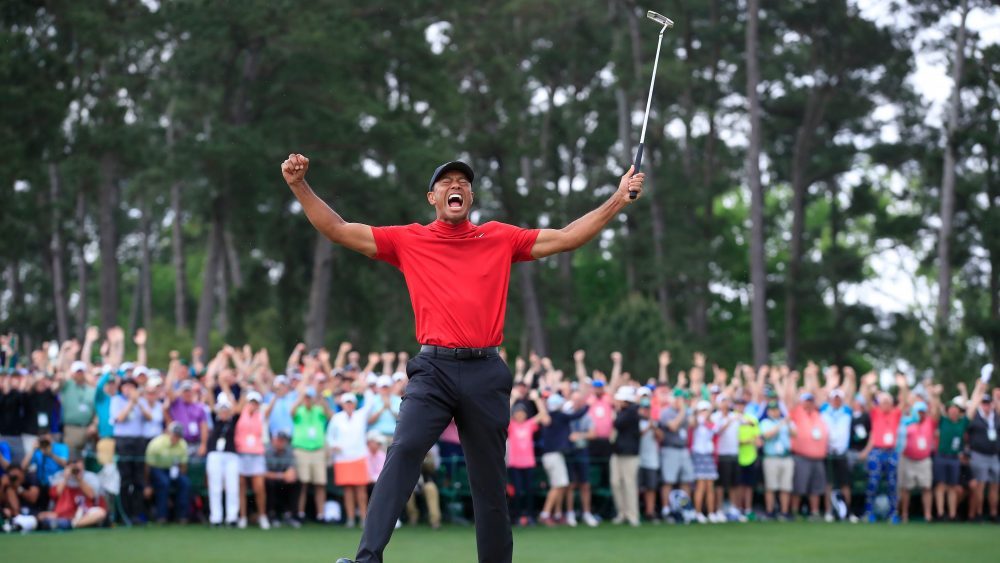 Since voted into the Oval Office, our current president has awarded three such medals of freedom to professional athletes: Babe Ruth, Roger Staubach and Alan Page.  Woods will be the fourth.

This particular award is generally bestowed upon people in different fields “for especially meritorious contribution to (1) the security or national interests of the United States, or (2) world peace, or (3) cultural or other significant public or private endeavors.”  In other words, mine is in the mail.

The current administration has had a tempestuous few years with several athletes, champions, refusing to visit the White House, most notably LeBron James and Stephen Curry.  While athletes like Curry and James had expressed alternative political views from our current president, Tiger Woods has traditionally toed the company line.  At Monday’s ceremony, there is little doubt that Woods will be all smiles.

In this day and age, Woods is probably the only high-profile, African-American athlete that would openly accept such an invite despite the honor that accompanies it.  Don’t think for one second, the current administration wasn’t rummaging through a collection of black athletes to see how they could add some color into the mix.

Historically Woods has been Jordan-esque in his outspokenness on political issues.  And by that, I mean he has long been criticized for not taking a stand for fear of losing that next big shoe deal despite the fact that he is Nike’s golden child. 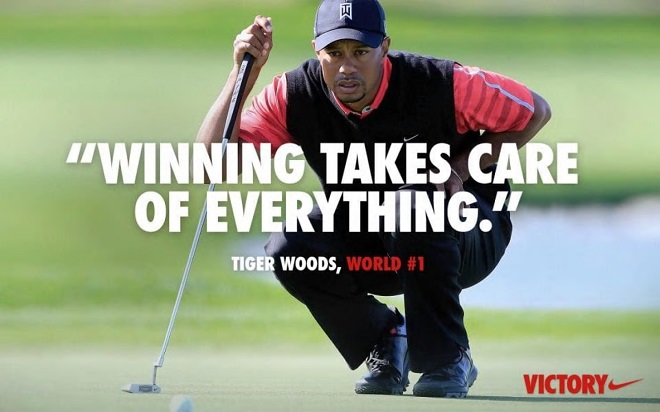 To be clear, I’m not suggesting Tiger Woods say something openly and politically controversial at the ceremony being held in his honor.  It’s not in his nature.  Never in a million years would he dream of doing something of the sort.  What I am saying is that it’d be kinda cool if he did.

Our country has a fine tradition of political dissent.  It is this tradition upon which our nation was founded.  If Tiger Woods were to go into the White House and speak his mind in front of the current president in a creative and constructive manner, wouldn’t that shake up the world?  It’s one thing for Eminem to make a video, it’s entirely another for someone within the current president’s circle of trust, especially an athlete we all admire, to stand his ground.  Now that would be something that would draw interest more than just a medal around one’s neck and an insincere embrace.

There’s a fabulous documentary detailing Johnny Cash’s visit to Richard Nixon’s White House back in 1972.  This was a different time in our nation’s history back when we had severe racial unrest and a president accused of corruption.  Wink, wink. 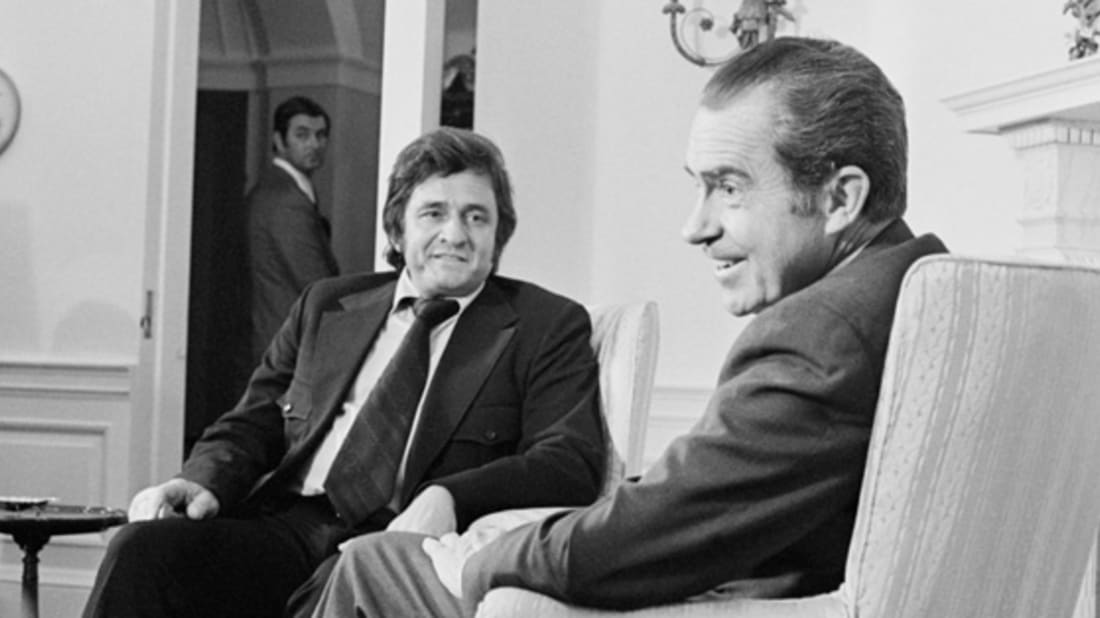 President Nixon had asked Cash to play a few tastefully questionable songs that were not of his own writing.  The request struck a chord.  Not one to be told what to do, Cash played songs he felt more fit the times.  As he did so, Nixon squirmed uncomfortably in the audience.

There is nothing coincidental about Tiger’s trip to this White House.  He’s one of the most popular athletes on the planet, who just happens to be black.

Albeit a tremendous honor for what he’s meant to the sport, perhaps more than any golfer before him, Tiger is a competitor of the fiercest sort.  I’d be hard pressed to believe this medal he’s about to receive means any more to him than the fifteen majors he’s won.  While it’s indeed an honor, how much more honorable would it be for Woods to speak his mind?

We have long since forgiven Tiger’s lack of outspokenness on issues facing America, or for the rest of his missteps.  On Monday, he’ll go about his business, share a few laughs with the Prez and maybe even mix in a friendly round.  He will ultimately put that medal in his already overflowing trophy case.  But wouldn’t it be something if Tiger said just something, perhaps anything now that he has the floor, to that show us that he gives a damn.

Or is his chumming around with the president his way of doing just that?

10 thoughts on “A Pairing Not So Odd”