With all the millions of dollars being thrown around the NBA this summer, it was only a matter of time before we heard some disgruntled, and as-of-yet anonymous, NBA GM complain about the salaries of his employees.  God bless the journalist who does not reveal his sources.

As we all realized this off-season, not only are NBA players getting paid exorbitant amounts of money, they are also dictating where, and even how often, they play.  Meet the new boss, not the same as the old one. 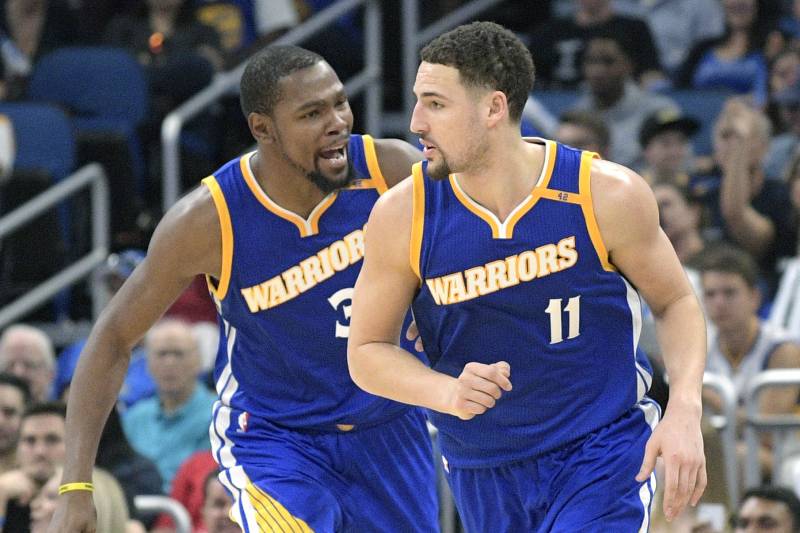 In a recent Bleacher Report article, one Western Conference GM, who at this point still remains nameless, blasted the salaries and self-determined movement of these players.

According to the article… “A former player who is now a front-office executive says a “max guy” is, ideally, a leader in the locker room and on the floor. [Someone] I’m confident and comfortable giving the ball in late-game situations. He’s leading my organization on and off the court where we need to go. Guys that I played with, guys that I continue to watch, I want them to get as many dollars as possible. But when we talk about that term—’max guy’—how many of those guys, realistically, are there?”

The GM was referring to Kawhi Leonard, the man who just won an NBA Finals.  “Kawhi is great getting his, but he doesn’t elevate anyone,” the GM says. “He doesn’t rally his team.”

Can somebody please get this man a violin?  If this doesn’t sound like a GM who just lost a star player to another team, then I don’t know what does.  I can pretty much guarantee this ‘max guy’ quote didn’t come from a GM who just did his job.  That GM is popping champagne and celebrating what he has instead of complaining to the media about what he has not.

For the record, I’m also not buying the woe-is-the-small-market argument for the largest market in the land hasn’t drawn a max guy in twenty years.  For me, it’s more how an organization is run and who exactly is running it.  Mark Cuban agrees.  On his blog, Cuban recently wrote “Mobility is the power that comes with being great at your job, whether it’s in the NBA or any other industry. If you are one of the best, you will have the ability to decide where you want to work.  NBA teams are going to have to work harder than we ever have to give our players a reason to want to stay with their teams.”

Personally, I have no problem with what NBA players are getting paid.  That’s because NBA owners have their mouths too full of steak to cry foul.  It’s the difference between what Chris Rock calls “rich” and “wealthy.”

I’m not as concerned as others like Hall of Famer Charles Barkley who fears that this path is not sustainable and that a lockout might be inevitable when the current collective bargaining agreement ends in 2024.  But it’s most certainly something to keep an eye on.

The NBAPA wields tremendous power.  Players mock collusion, choosing to play with whomever they want, leaving franchises essentially powerless in their wake.  While it would be ludicrous to suggest that the NBA has overtaken the NFL as America’s most popular sport, it is late July and with the NFL season rapidly approaching, NBA news still dominate the headlines.

I’m not too sure the NBA would allow for a lockout.  Major League Baseball once cancelled its World Series.  I don’t think the NBA would be that stupid, especially considering there’s more than enough money to go around.  The NBA is image-conscious and well aware of who butters their bread.  Fans buy jerseys, the products sold during commercials and even go to games where tickets are for now still affordable, at least in some cities.  The league also has plenty of good, young and more importantly marketable talent.  While the NFL and Major League Baseball continue to flirt with games in Europe, David Stern’s age-old vision of an international game is now reaping immeasurable benefits.

I find it interesting that people complain about Kawhi, who actually left money on the table in his recent contract negotiation, but no one complains about Aaron Rodgers pulling home $35 mil a year, has back-to-back losing seasons and who has had spats with both his ex-coach and his current one.  And before you respond with that rather trite “Rodgers is a leader and the most important player on his team” argument, I’d like to counter that LeBron, Kawhi, Curry and even Dirk Nowitzki have all won titles more recently than Mr. Rodgers.

Memo to the GMs who can’t keep a superstar.  I suggest you take a page out of Mark Cuban’s book and revise your approach.  Set aside your ego and know your place.  This is not yesterday’s game.  A max guy is what the market demands.  A whiny GM is not.

10 thoughts on “Max guys, whiny GMs and the current state of the NBA”