Seasoned gamblers (and animal activists) may want to turn the page for the following story might just break your heart, or at a minimum have you ready to throw tomatoes and/or a little wagering wisdom at the writer in question. However, there is a happy ending to this tale. A very, happy ending. My brief night out at the track was probably just the gambling gods warning me for wagering on something we no longer should.

As sports gambling becomes legal in more states across our great (again) nation, it is crucial that those of us who choose to participate in such endeavors know not only who to bet on but far more importantly, how to bet. For as we know, a fool and his money are soon parted.

My latest gambling faux pas wasn’t quite as painful as the time I hit a royal flush on video poker… only to find out I was mistakenly playing a nickel slot. That made for an earnings difference of about $750 or so… but who’s counting?

No, the following story is about a bet that would have hit… had it been properly placed. Once again, only I can take the blame. Personal losses are about personal accountability. The first step is admitting. 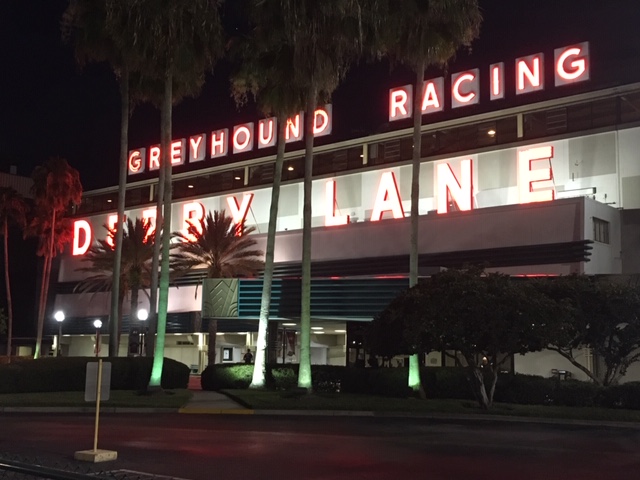 Flash back a handful or so Wednesdays ago and a night out at the dog track. After a quick trip to the chiropractor, the dog whisperer and I decided to hit Derby Lane which resides only a stone’s throw away from my doc’s office. Florida residents recently voted to shut down the track that has stood for almost a century. These are its final days and for good reason according to the way these animals are mistreated but for now, back to the gambling aspect of it all.

We’ve discussed racing forms on this website in the past. At your local track, like the soon-to-be-defunct Derby Lane, they are well worth the investment as they generally only cost a dollar or so. Considering weeknights at tracks often offer free admission, gambling on the dogs can be an entertaining and rather affordable night out… if you can just look past the animal cruelty.

Anyone who has ever perused a racing form without being unfamiliar of its contents might feel they’re back in algebra class. I myself am often overwhelmed by the wealth of information that’s contained in these forms but they’re only there to help, or perhaps confound depending on who you ask.

Everyone gambles on races in their own way: quinella boxes, exacta boxes, superfectas, wins, place, show, etc. To gain an edge, you can look at previous finishes, finishes at a particular distance, finishes against similar competition, weight of the dog you’re gambling on… or you can just go with the far more exact science of gambling on the dog’s name and whether it poops before the race.

BCole the D-Dub and I were feeling it on a fun, steamy night out. I had a few dollars burning a hole in my pocket so I figured I’d gamble a little more aggressively. Normally I’m conservative. That night would be altogether different.

There were fifteen races that evening. At Derby Lane, prior to each race, they parade the greyhounds out so the crowd can take a look at them. They’re walked out by kids who then put them into the slots at post time. Once they’re done, they wait for the motorized bunny rabbit to circle the track (Heeeeeeeeeeeeeeeere comes Sparky!). The gates open and off they go. A recent Guardian article points out the irony. The motorized rabbit these animals chase was originally developed because they “thought it would be a more humane alternative to the live hares used in greyhound field coursing.”

But again, back to the gambling.

I (mis)placed the wager in question right as the third race was about to start. I normally bet underdogs but, in this race, I really liked the 1, 3 and 6. They were considerable favorites.

Now, for the ins and outs of placing the wager.

When at the track, you can gamble at either a cashier or a machine if you’re not into that whole personal interaction thing. The live bet takers at the window can often be helpful but as you can imagine, they get mighty tired of answering “What’s a quinella box” fifty times a night. For every regular they know by name, there are five times that many customers who have no idea what they’re hell they’re doing. Imagine a person at your job asking you the most basic questions over… and over… and over again. You’d get tired of it too.

In this race in question, I opted to place my wager through the machine in lieu of the cashier. I had used these machines before. It had just been a while. When gambling through the machine, you need to know what you’re doing considering there’s no disgruntled, chain-smoking old lady to greet you with a smirk and a look. A number of touch buttons will appear on the screen that will include not only your venue but also a series of other venues for off-track betting.

For that third race at Derby Lane that evening, I punched in trifecta for the 1,3,6 dogs. By this point, the seasoned gamblers already know where I’m going with this. Prepare your tomatoes!

Wouldn’t you know it if the dogs hit! The one dog won, the six dog placed, the three dog came in show.

Elated, I went in to cash my winning ticket… only to have the cashier place the ticket in the machine and have it not come back as a winner. Trifectas are not easy to hit… especially when you don’t bet them properly.

Upon placing my wager at the machine, I forgot to hit the “BOX” button. Embarrassed, I tossed the tickets to the ash-ridden ground. Money lost. I was not happy. 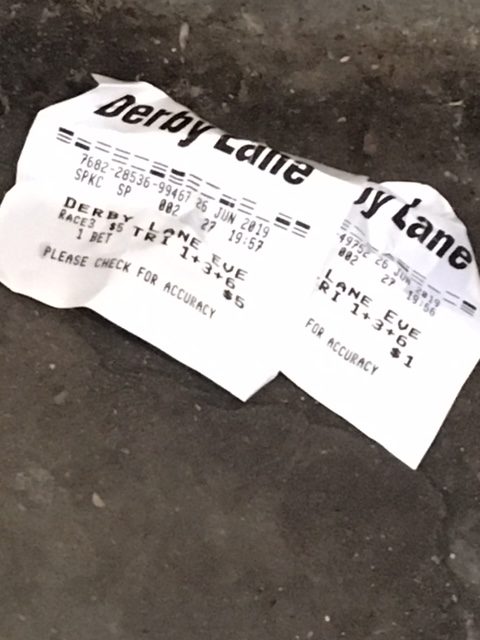 Remember, knowing what to gamble on is just as important and knowing how to gamble.

Word to the wise, if you are at the track and have a question, ask the cashier how to place a wager. If you win, tip them out. They’ll be far more likely to greet you with a smile  than with a roll of the eyes.

Despite my mistake, all was not lost for remember, I did promise you a happy ending. Taking the dog whisperer’s advice, I put that third race behind me and kept my eyes on the prize, as always, within my bankroll.

We hit a few small wagers here and there. Then came the 11th race. Here, my friends, is where the story gets good and not because we rescued all the animals and set them free.

A drizzle started to fall, wetting the track. After all, it is Florida in the summertime.  The dog whisperer and I continued our as-of-yet unproven method of me looking over the racing form combined with her scientific method of liking the dogs if they turned to smile at her. In the 11th, we decided upon the 3-5-7. Being careful to box this time, I was still gambling aggressively, yet not recklessly considering my earlier blunder. While I normally exacta or quinella box dogs or horses, this evening, I was going full-on trifecta. Quinella boxes mean two of the three dogs you choose must come in first and second, in either order since you’re boxing them. With a trifecta, all three must come in first, second and third in any particular order. There is no room for error. If only two of three finish, your wager is a loser. 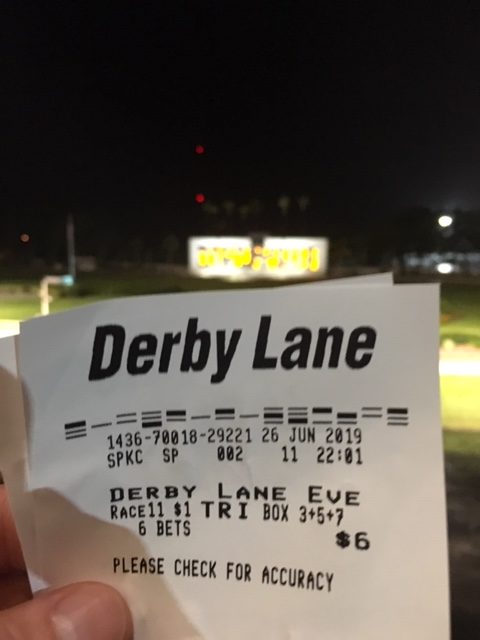 In the 11th, the 3,5 and 7 came in just as the rain started to fall and wouldn’t you know if it hit? Even with a photo finish for shock value. With my misplaced wager behind me, it was time to go to the window. Some lessons do have happy endings. I cashed a ticket for just under six bills our final night at the Lane. We will not return. 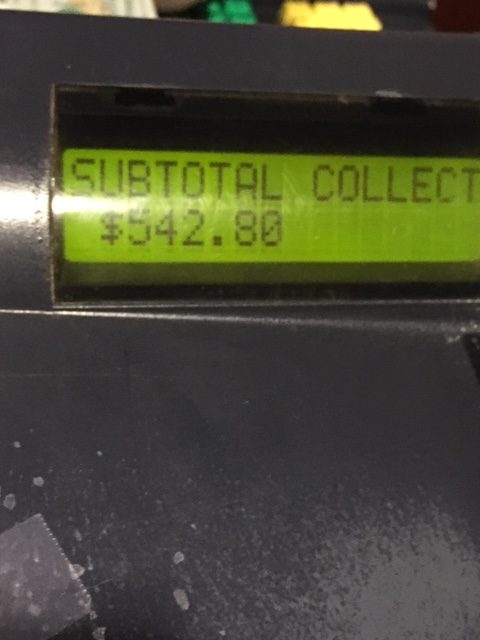 Eleven dog tracks remain operational in Florida. The recently passed Amendment 13 gives all of them until December of 2020 to cease operations. Derby Lane says it will remain open for business until its final days.

Here’s hoping I learn how to properly gamble by then. The odds are against it.

8 thoughts on “Track Wagering for Dummies (This Dummy) and the End of an Era in St. Petersburg”