Yesterday morning, it took me 45 minutes to boil two eggs.

How is this possible, you ask? Chump, have you discovered an entirely new and grossly inefficient way to prepare one of America’s breakfast staples? Is the 45-minute method a healthier way to dine on what was once slated to be chicken babies? To get to that 45 minutes, did you scramble, poach and then boil just to be thorough? Or is your de-shelling method that meticulous?

I can assure you it was none of the above. Nope, through flighty circumstance yesterday morning, it just took me the short side of an hour to sit down with a healthy start to my day… because this is sometimes what I do.

Groggy and grumpy as always, I woke up the morning of my first day off in a while and stumbled over to the coffee machine. Some fresh-brewed coffee, hard-boiled eggs and whole wheat toast with almond butter were on the day’s agenda, the combination sounding mighty, mighty good to me. 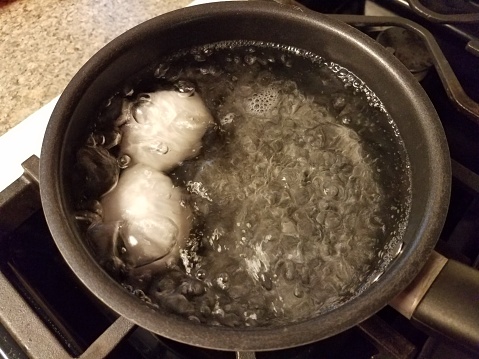 I threw some grounds into the coffeepot, some toast in the toaster and set two eggs in a small pot of water on my stovetop. I then set what I thought was the timer to 15 minutes. Again, I had yet to sip my coffee.

What I realized, maybe ten or so minutes later – or maybe it was five, I wasn’t sure – was that I had NOT set the timer on the stovetop… but rather the time. Unaware of how long my eggs had actually been boiling, I looked into the pot to find that one of the eggs had cracked open with egg whites leaking out of the shell. It didn’t seem like it had been fifteen minutes but I also didn’t want to overcook the eggs. I let them sit boiling in the pot for another minute or two more before removing them entirely. There I stood, ready to dine.

By this point, my coffee was about done, my toast had turned a golden brown and the almond butter was spread on to my butter knife. The hearty breakfast I anticipated would be mine.

After running cold water over the eggs, I cracked the first one open only to find runny yolk spilling all over my countertop. Sunny side mess. I cracked open the other to see if it was any more done, salvageable and in any way edible. It was not. Fuck. Back to the drawing board. 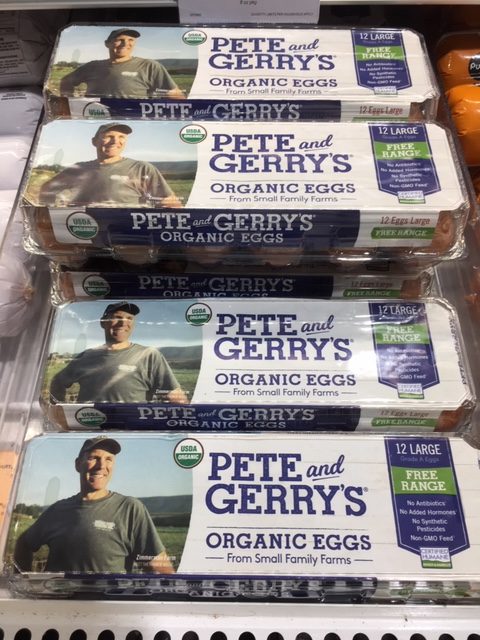 I really was craving hard boiled eggs so I grabbed two more eggs out of my refrigerator and put them in the same pot back on the stove. This time, carefully, I set the timer to fifteen minutes and returned with my cup of coffee back the sofa, waiting for these eggs to boil, correctly, the second time around.

There was only one problem. As the timer went off exactly fifteen minutes later, I realized… that I had failed to turn the stove top back on. The eggs had been floating in cold water uncooked.

Have you ever had one of those morning where you feel like a complete and utter idiot? This was that kind of morning. Thirty minutes later, eggless, coffee almost gone and cold, toast toasted hard and beginning to go stale, I still had another fifteen minutes to wait for my godforsaken eggs. I guess it’s a good thing I wasn’t in a hurry.

One day, having a state-appointed care-giver who specializes in senility should be a seamless transition for me. At least then I’ll get my eggs on time.

There is a happy ending to the story. I ultimately got my eggs and before dinnertime even, however, by that point, I was no longer as hungry.

I only ate one of them.

I’m confident there’s a don’t count your eggs before they’re boiled moral of this story lost somewhere in translation, I just can’t find it yet. After all, some mornings, I can barely work my stovetop.

14 thoughts on “The long, hard boil: A morning in the life”