I am allergic to cat dander. My girlfriend is allergic to latex. Unfortunately for their fans, the Tampa Bay Buccaneers organization suffers from a far worse affliction. They… are allergic to quarterbacks.

Lost in the woefulness of Jameis Winston’s three interception, two-returned-for-touchdown, performance on Sunday was the fact that, in the waning moments of the loss, he became the Buccaneers’ all-time leader in passing yards. I’m not sure if they announced this little tidbit at the stadium when it happened. I find it unlikely they would do something like that while the poor guy was getting booed off the field.

Either way, Winston’s milestone put an end to one of my least favorite sports trivia questions of all time, which used to go a little something like this.

Up until that Sunday, did you know who held the record for all-time passing yardage in Tampa Bay Buccaneers history? It was Vinny fucking Testaverde. Now, no disrespect meant to Mr. Testaverde even though I did just embellish on his middle name but one would think that considering Vinny hadn’t played for Tampa… in 27 YEARS, it wouldn’t have taken that long for that record to fall. 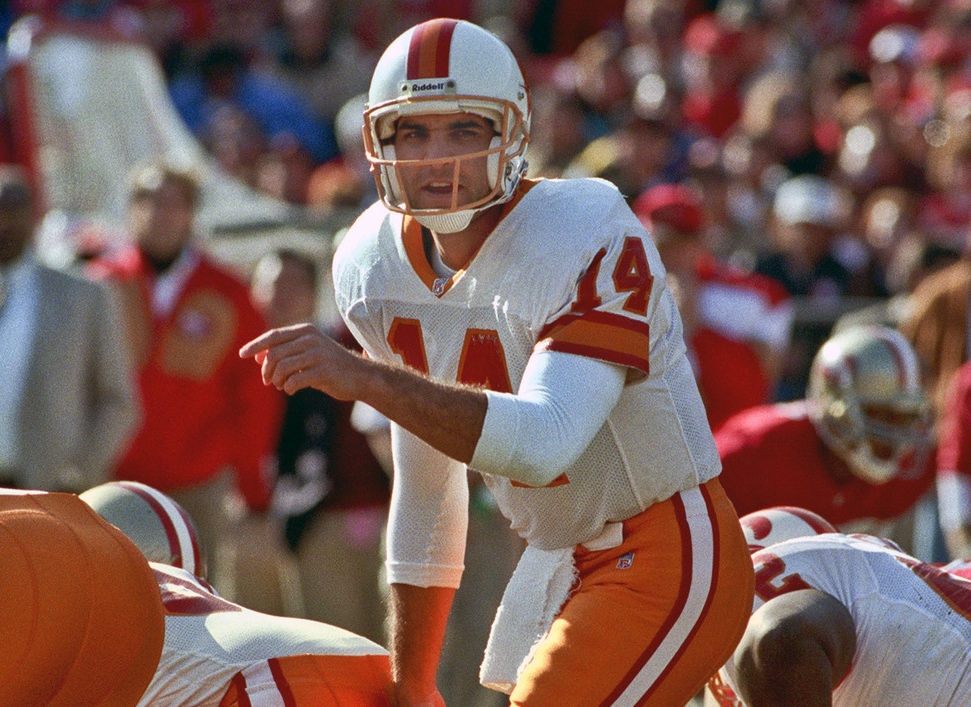 Tampa Bay’s all-time passing leader list now looks like this… Winston – 14,822, Testaverde – 14,820 and just to appease your curiosity, the next eight read Josh Freeman, Trent Dilfer, Doug Williams, Brad Johnson, Steve DeBerg, Craig Erickson, Jeff Garcia and Brian Griese: a veritable who’s who of we got them too early, we got them too late or we should never have had them at all.

Less than five years ago, Buccaneers management felt they had finally found the man who would become the face of their franchise and blow all those records away. He would lead them back to a Super Bowl and would play the role of Buccaneers quarterback, a position that with all due respect to those who have played it in the past, had never really been filled with all that much regalia.

It appears that management was wrong.

Wearing the red and pewter, or creamsicle orange depending on how your mood, has been hair-pullingly, hat-throwingly, frustrating these past few years, watching Jameis Winston fumble away what many hoped he would become.

The Florida State Heisman Trophy Winner was taken number one in the 2015 NFL Draft over Marcus Mariota. While he might not have seemed like the right pick to some, at least the selection made sense. He had gone to school 300 miles from Tampa at one of the state’s three biggest universities. He had won a national championship and despite a checkered past, would still put butts in the seats.

I’m not here to bore you with Jameis Winston’s statistical history in the NFL. If you’ve been paying attention, you know by now that he has failed to live up to the potential the Buccaneers had hoped for him and in all likelihood that he had hoped for himself. He is 21-33 as a starter, has thrown 88 career touchdowns and 58 interceptions. He has more turnovers than any other player since joining the league. He also has more multiple turnover games than any other player over that same time. Last season, he was benched for league journeyman Ryan Fitzpatrick.

It became clear that the writing was on the wall. 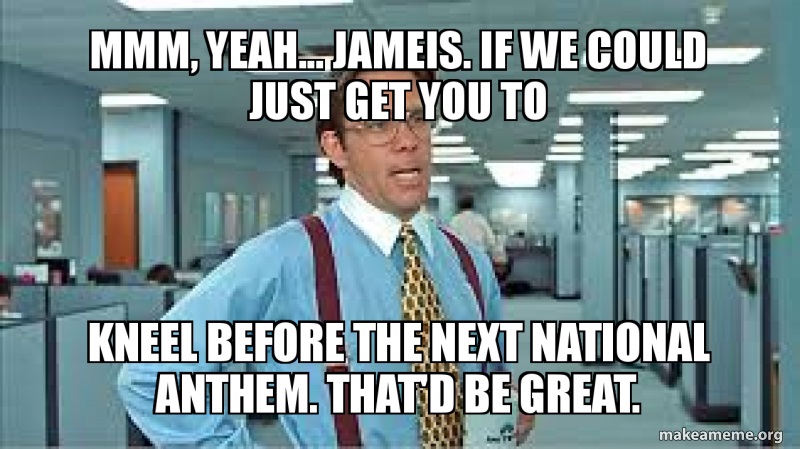 Winston who is at the end of his rookie contract is essentially playing without one. That means he is currently playing for his job.

If Week One’s performance was any indication, he’ll have a hard time finding another one.

To be fair, Tampa Bay’s woes have not all been on Winston. He plays behind an offensive line that has kept him running for his life for as long as he’s been behind it. His running game over that time has also been suspect. He has a star wide receiver who fails to get him any yards after the catch. Last year, he had another with whom he could not connect. And his two other young and normally sure-handed targets appear to have regressed.

Be that as it may, the Buccaneers have a decision to make about their – and his – future. They don’t have to make it in Week One. Rome wasn’t built in a day. Rome also, however, once burned to the ground. Under new head coach Bruce Arians, aka the quarterback whisperer, Jameis Winston is learning a new offense that is hopefully more suited to his needs and to the needs of his team to win football games.

If Week One is any indication, they still have a long way to go.

If you look deeper, however, the problem in Tampa Bay runs way beyond Jameis Winston. This is a franchise that has NEVER been able to create a winning quarterback culture. Don’t believe me? Try this on for size. Jameis Winston’s 14,822 career passing yards as a Buccaneer is the lowest total FOR ANY TEAM IN THE NFL… AND THEY’VE BEEN AROUND FOR 43 YEARS!!! Even their lone Super Bowl team was built on defense; their quarterback, Brad Johnson, an afterthought. 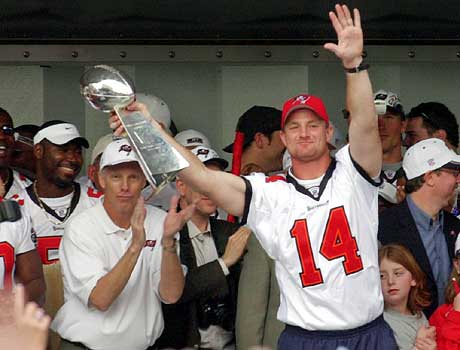 For four plus years, this team has feared releasing the 25-year old Winston thinking they may have overlooked something. The fact that they haven’t figured him out yet is more an indication of how inept this franchise is in assessing talent at that position than it is an indictment on Winston. How can you not have figured out in this amount of time whether this is the guy for you? I don’t get paid to make these decisions. Apparently, no one within the Tampa Bay organization does either.

I don’t put all the blame on Jameis. He’s doing the best he can with the tools he has. I blame an organization that has failed to breed an elite quarterback for far longer than their current one has been alive.

This is far from Winston’s fault. As soon as the Buccaneers drafted him, the poor kid never stood a chance.