Are we about to see a change in Major League Baseball?

With the Astros, Yankees, Dodgers (whoops!) and Cardinals all coasting to comfortable playoff berths without the need of a wild card game, the rest of us watched intently as some low-budget, baseball teams made the post-season the old-fashioned way: they earned it.

That’s not to suggest teams like Houston, New York, L.A. (WHOOPS!) or St. Louis didn’t play their hearts out for 162 games. They just did so by adding a few extra zeros onto their paychecks.

All four of those teams are in the top seven in payroll. What’s astonishing is that the Rays, who are giving the Houston Astros all they want in a divisional series, rank dead last. The Yankees payroll is three-and-a-half times that of Tampa Bay! That’s not to say the Rays don’t like nice things. They’ll never be able to afford them. 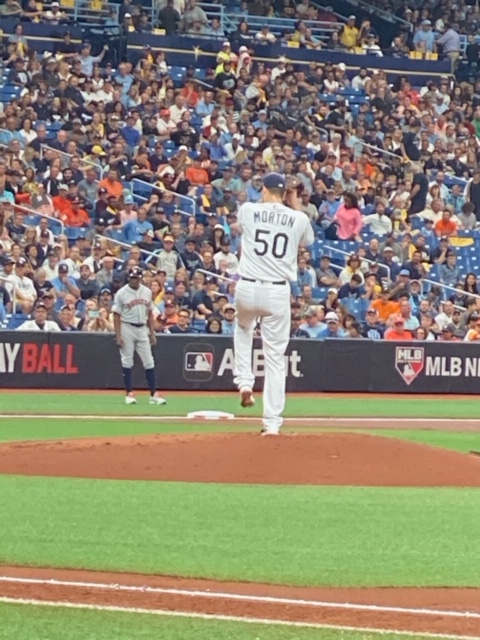 As we all know, unlike hockey, basketball and football, Major League Baseball is a cap-less sport. Larger market teams are able to spend as they please. The playing field for smaller market teams is leveled by a) revenue sharing and b) their ability to run their franchise more efficiently.

Making a dollar out of a cent is nothing new for any successful business owner. Not too many companies carry around blank checks in their pocketbooks, like the Yankees, nor do many other franchises have the clout or prestige to attract high-profile athletes, again, like the Yankees.

In a perfect storm, that means franchises like the Rays, or the Oakland A’s who Tampa beat in the Wild Card, must do their due diligence in finding players to fit their budget.

Kevin Cash said it best. His organization has worked long and hard to find players other teams had given up on. They found them. And it’s now paying off in spades. Not bad for a team which also ranks near the bottom of the league in attendance. After two sold out home playoff games, it turns out Tampa Bay was just looking to be inspired.

Could Tampa Bay’s latest success mean teams will find a new way of putting together a payroll? Clearly any team’s job is to find the best players available, preferably at a bargain rate. The Red Sox and Cubs vomited up the top two payrolls in the majors. Both those teams missed the playoffs. Accordingly, the Red Sox fired their GM and the Cubs parted ways with their manager. There’s a lot of pressure to win when the checks get heavy. You just saw what happened to the Dodgers.

Does this mean that those within organizations like the Rays have to work harder than those in others? One would think that’s the case but for the sake of not pissing off any Yankees fans (they’re an ornery, entitled bunch), let’s just say it’s a different sort of work.

Those running mom and pop establishments are not going to have the same budget as those running a multi-store franchise. That’s not to say that both don’t demand efficiency in the workplace. In the long run, however, it might make winning on that dime more rewarding than winning on a dollar.

Could we see soon see a shift to teams looking to less bloated budgets if teams like Tampa (30th) and Oakland (25th) succeed at a considerably lower cost? Doesn’t that mean that a) those on the field and b) those in the front office are better at their jobs?

I’m not suggesting that the Yankees, Red Sox, Cubs and Dodgers will ever stop over-spending on high-profile talent. That’s ludicrous. I am saying that if George Steinbrenner were still alive and saw the Rays winning the same amount of games as the Yankees at one-third the price, there would be hell to pay.

Don’t be surprised when those big market teams come hunting through the cubicles of the smaller ones, scouring for scouts who put teams like the A’s and Rays together. And those guys might jump ship. The lure of a few extra zeroes can be hard to turn down.

That just means small market teams will have to start from scratch like they always do. In the front office and on the field. Fortunately for them, it’s something they’re used to.

It’s hard not to root for David against Goliath. Especially when the price is right.