Man, there are some bad football teams out there. Let’s kick a few while they’re down, shall we?

Every season, it seems like there are the New England Patriots, some really good contenders and the rest who are just shuffling for draft position.

Not long ago, I tweeted that I had a newfound respect for Marvin Lewis. For years, the running joke among football fans was that Coach Lewis must have had pictures of the Bengals team owner in compromising positions with farm animals for that was the only way he was able to keep his job. Under Lewis, the Bengals were competitive teams that could never get over the hump.

What we all failed to realize is that Coach Lewis was actually OVER-achieving. After sixteen seasons in Cincinnati, and not a single playoff victory in seven tries, Marvin and Cincinnati mutually agreed to part ways. He is now a special advisor to the Arizona State University football program, which is about as far away from Cincinnati as he could get.

By the time I get to Arizona…

It turns out Marvin’s departure was a bad idea for the Bengals. Without him at the helm, they are an absolute laughing stock. The sad irony in Cincinnati is that the Bengals are now 0-7 on the season, which is the exact same post-season record they had under Marvin Lewis.

Cincy has one of the worst scoring differentials in the league (-72) which essentially means they can’t defend and they can’t score. Not being able to stop teams and not being able to put the ball in the end zone is a surefire recipe for a bad NFL team. The Bengals most certainly are that but they’re not quite as bad as…

You knew it was only a matter of time before I got to the Dolphins so let’s just get them out of the way now. You can no longer get a good number in Las Vegas on whether the Dolphins will win a game this season. That’s probably because they won’t.

In Week One, #TankForTua was plastered all over Twitter in reference to the Dolphins playing (for lack of a better word) for the number one spot in the draft. Remember that 59-10 blowout loss to the Ravens in Week One? Things haven’t gotten much better since then. Rumors swirled about half their roster wanting to be traded. These days, tickets to Dolphins games are easier to catch than a cold sore on Collins Avenue. 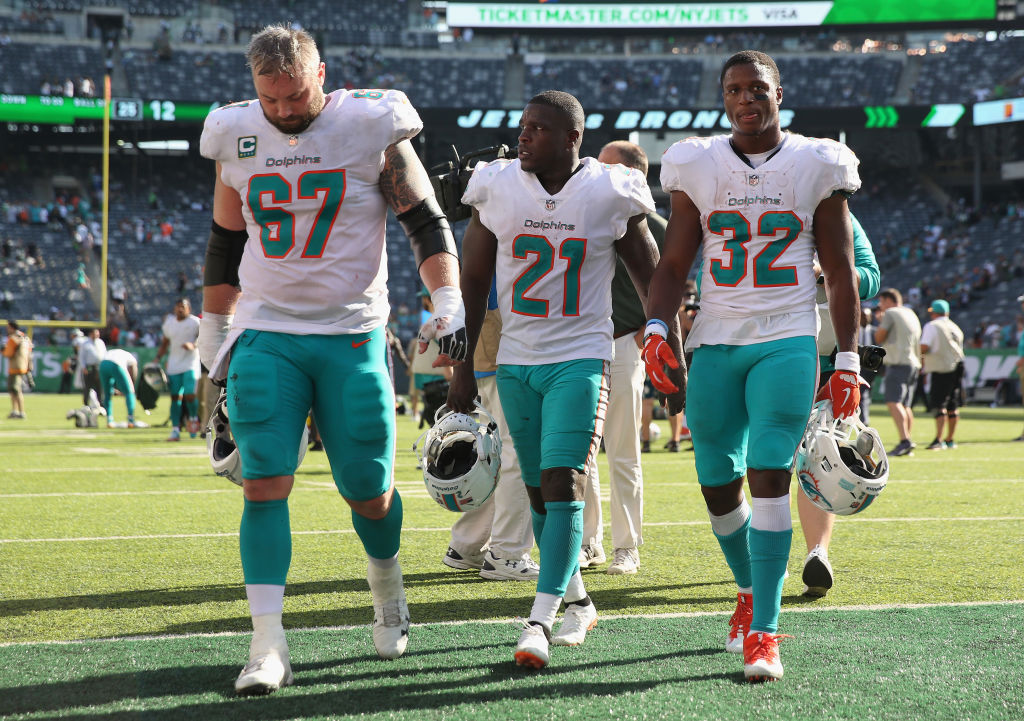 The Dolphins have scored fewer points than any other team in the league (63) and have allowed more (211). They are essentially a laughing stock, an embarrassment and have been a double-digit underdog in every game this season. If they played in the NBA, Commissioner Silver would have already fined them repeatedly for intentionally trying to lose games.

Long-time Dolphins fan Kid Sheraton sent me a text the other day simply stating “Que Feo Los Dolphins” which translates literally to “How Ugly the Dolphins.” He was being kind.

I responded by saying “I’d say the Bucs are uglier. They’re actually TRYING to win.”  Which brings us to…

I don’t know how many times I have to get on my soap box and kvetch about this team. Damn if I’m not tired of doing so. Going to a Bucs game is like being surrounded by 60,000 people who are just waiting for something bad to happen.

In his first year, Bruce Arians was supposed to right this pirate ship. It’s too hot in Florida for icebergs but if there were, this ship would be steering right towards one.

Jameis Winston inexplicably (actually, it’s quite explicable) continues to throw footballs (or hand them over) to the opposing team. Their last game, played in England against the Carolina Panthers, they turned the ball over seven times – SEVEN TIMES! – which gives new meaning to the term exchange rate. 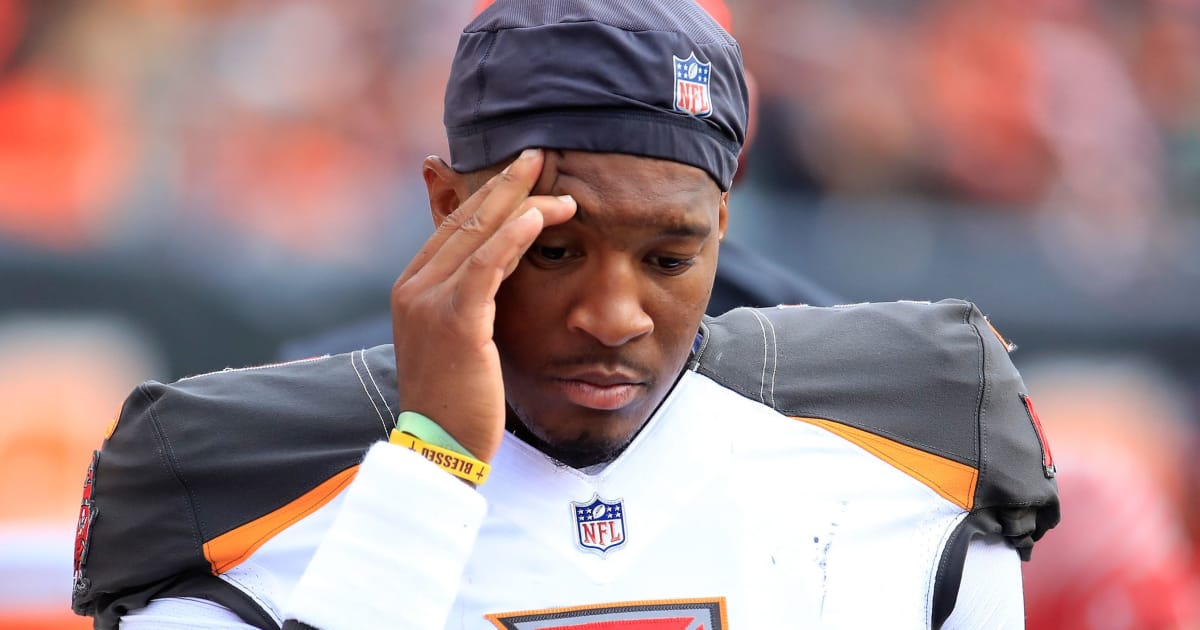 There’s a simple rule in football that goes like this: do not turn the ball over to the other team and you should do just fine. Week after week, the Tampa Bay Buccaneers disregard that memo as soon as they take the field.

Jameis’ receivers have stopped catching for him. His offensive line has stopped blocking for him. The poor kid is running around the football field like a Keystone Cop waiting to make bad decisions, which he ultimately does. It’s quite painful to watch.

I know Rome was not built in a day and that we are to believe that Arians’ master plan will ultimately come to fruition. It’s not just going to happen this year.

But Chump, you ask, the Titans are 3-4. They’re not among the worst teams in the league. Why are they on this list?  Well, technically, they should be 2-5 after stealing a win away from the Los Angeles Chargers who also deserve to be on this list but let’s just focus on the Titans for a moment. Besides, including the Titans helps me segue so nicely into my Jameis Winston – Marcus Mariota conversation.

Who knew that in 2015, when former Heisman winners Jameis Winston and Marcus Mariota were drafted first and second overall that neither of them would be the right pick?  I’ve talked infinitely about Jameis Winston on this site but his counterpart in Tennessee hasn’t fared much better. In fact, he’s no longer Tennessee’s starting quarterback. Ryan Tannehill has taken his place. In 2020, we could be realistically looking at Winston and Mariota, both in contract years, as back-ups on other teams… if they’re lucky. Hey, if Kurt Warner can stock grocery shelves, so can Jameis and Marcus. 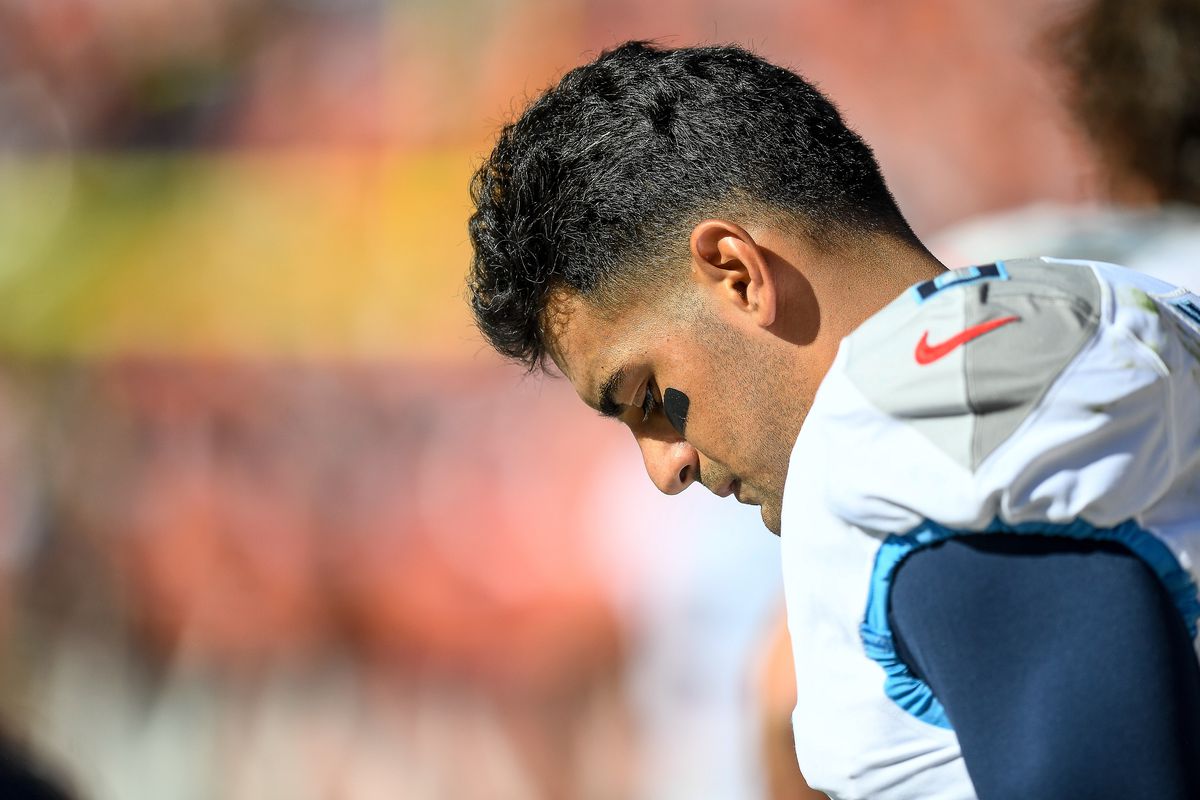 All this means 2015 might just be the most quarterback weak draft in NFL history for there is currently not another QB from that draft playing in the league. Go figure that that’s the year my beloved Buccaneers had rights to the number one pick.

Tennessee has to be one of the least exciting teams in the NFL to watch. While their defense is stingy, their offense is pedestrian so they’re generally always involved in low-scoring games. Want a sure thing? Take the Titans and the under. After blowing out Cleveland in Week One and prior to Sunday’s win that should have been a loss, they or the teams they’ve played against haven’t combined to score more than 36 points in a single game. In an effort to increase ratings, the NFL Network has decided to air paint drying instead.

If you’re looking for a quiet nap on Sunday, look no further than Tennessee. It’s more effective than melatonin.

Has a team ever fired two head coaches in a single season? It’s a tenuous position, the NFL head coach. I’m not sure what Jay Gruden is doing with himself these days (fired last week) but his old team isn’t faring much better. Maybe Arizona State is hiring.

Washington is still relying on 84-year old Adrian Peterson and 72-year old Case Keenum to bail them out. They are, in a word, unwatchable. 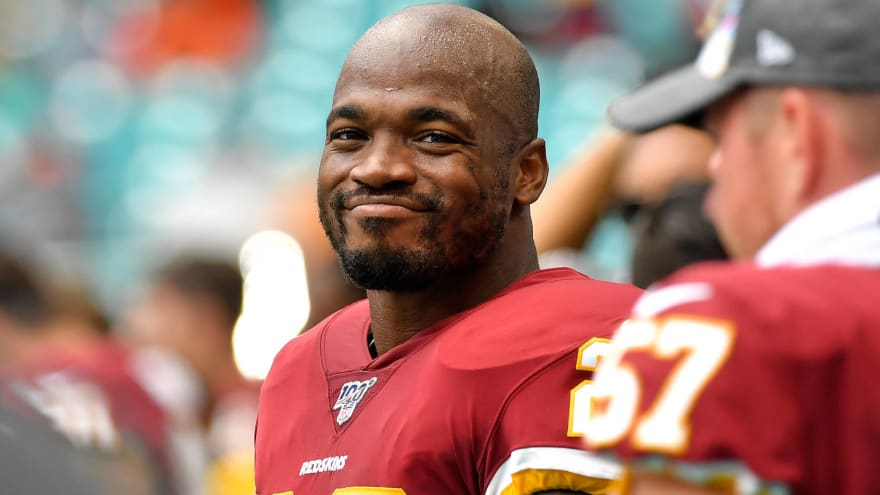 Wow, what a train wreck.

The irony here is that Atlanta snatched Dan Quinn out of Seattle because he was once the hottest commodity in football. Doesn’t that seem like a long time ago?  A defensive coach that would finally be able to cure Atlanta’s woes?  Sign them up!  They already had a respectable offense, what with Matt Ryan and Julio Jones. All they needed to do was to shore up the other side of the ball.

Quinn even led the Falcons to a Super Bowl, which also seems like an eternity ago. We all know how that ended, with the Patriots coming back from 25 points down to win the game.

Things have gotten so bad in Atlanta that losing to New England has become a fond memory. 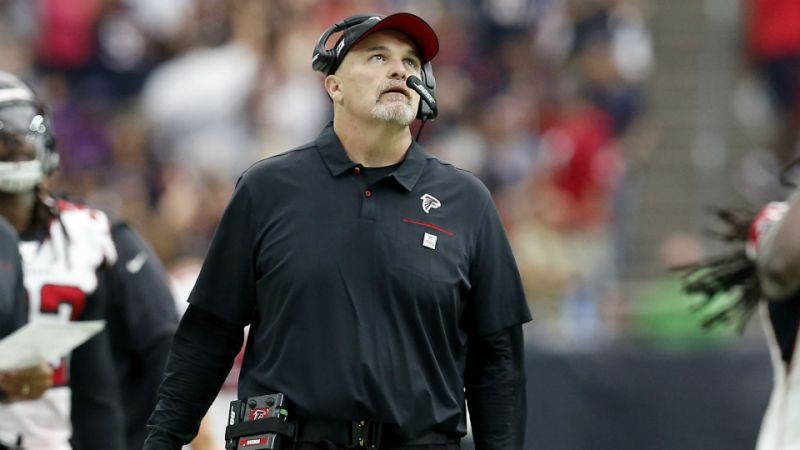 Not only has defensive-minded Coach Quinn somehow made this team WORSE defensively, he’s made them worse offensively as well. The Falcons have lost five straight games and six of their last seven. In their last five games, they have allowed 27, 24, 53, 34 and 37 points respectively.

It bears repeating that Dan Quinn was once a DEFENSIVE COORDINATOR!!!

Apparently, anyone can look good when they have Richard Sherman, Earl Thomas and Kam Chancellor in their backfield. Quinn should be sending those guys Christmas cards because this December, there will be no Christmas in Atlanta. The only present Falcons fans could ask for is having this season end as quickly, and as Quinn-lessly, as possible.

6 thoughts on “Oh, the horror: Six NFL teams I can’t bear to watch”