The United States’ National Women’s Soccer League (NWSL) may not be the most widely followed sport in America, but it is rising up the list of most-watched live leagues. While the four major American sports leagues (NFL, MLB, NBA, and NHL) have all seen attendance declines in the last 10 years, the NWSL is bucking the trend of fans turning up to watch in-stadium. The North Carolina Courage won their second NWSL Championship this season and will look to win it all over again next term. Soccer fans can visit NJ sportsbooks to wager on the team they believe will win the NWSL championship next season. 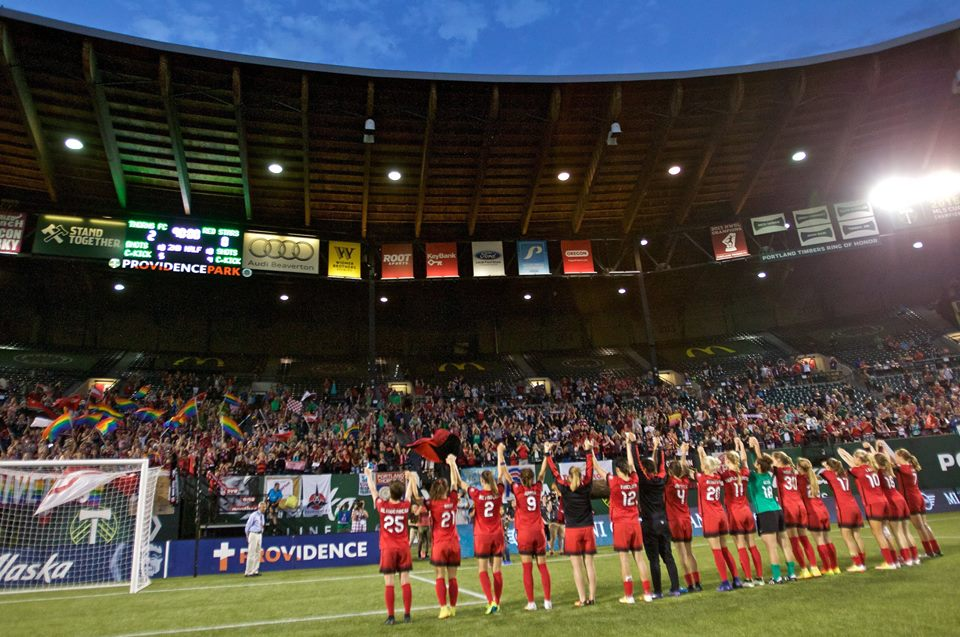 America’s women’s pro soccer league saw an attendance jump of 70% after the 2019 Women’s World Cup. The NWSL rode the wave of the Women’s World Cup as fans turned up to watch the best American players compete for their clubs. The league is growing but can it sustain the attendance increase and interest or was it just a bump courtesy of a magical Women’s World Cup summer?

The NWSL finished off its seventh league season in 2019 with an average of 7,337 fans per game. The Portland Thorns were once again the league’s top-drawing team with an average of 20,098 fans turning up for each game at Providence Park. The NWSL’s average attendance was a 21.8% increase in last year’s turn out making this the best season for the women’s professional soccer league. Women’s soccer fans can now find a multitude of international and club matches on the sports calendar. Fans can use the latest William Hill promotion to wager on the upcoming women’s international fixtures and bet on the teams they believe will win.

Compared to America’s other top-flight women’s professional sports league, the WNBA, the basketball association only saw an average of 6,535 fans per game.

America’s top flight of women’s soccer isn’t the only female league seeing an increase in attendance. England’s Women’s Super League (WSL) has also seen a bump since the Women’s World Cup. The WSL is averaging 4,336 fans per game compared to 2018-19’s 1,010. That figure has been boosted by the addition of a 12th team to the league.

The WSL has also seen the women’s teams utilize the stadiums of men’s Premier League stadiums. Over 31,000 fans turned up for the first-ever women’s Manchester City Derby at the Etihad Stadium in September.

One of the issues the NWSL is facing a lack of a true broadcast partner. Last season’s games were streamed on Yahoo! Sports with ESPN picking up the final 14 matches. ESPN is unlikely to renew the deal, which saw the NWSL not receive any rights fees but did see the sports channel share production costs. League officials have signed up with media group Octagon to help it find a new broadcaster.

The 2020 NWSL season will see just two of its sponsors continue on as Nike and Budweiser are signed on for the new year. The league is also interested in expansion with Louisville eyed as the next team to enter the league in 2021.

Men’s teams in Major League Soccer are looking at adding a women’s division to their clubs. Sacramento Republic and FC Cincinnati are considering a women’s team addition.

While hopes are high that the NWSL will sustain its growth, the Women’s World Cup could simply have been a boost that the league won’t see again until 2023 when the tournament comes around again.