I sent a bunch of friends the same, exact text on the Saturday evening that Joe Burrow made sure everyone in America knew his name.

I was behind the bar and as a general rule, it’s bad policy to use your cellphone when you’re supposed to be paying attention to customers… but the football fireworks display Joe Burrow was putting on was too good not to share.

I asked people one question.

With LSU’s Joe Burrow making a mockery of Oklahoma’s defense, accounting for seven touchdowns and 400 yards passing… IN THE FIRST HALF OF PLAY, I asked simply this:

Complete the following sentence: Joe Burrow is the best college, NFL-ready quarterback I have seen since _______. 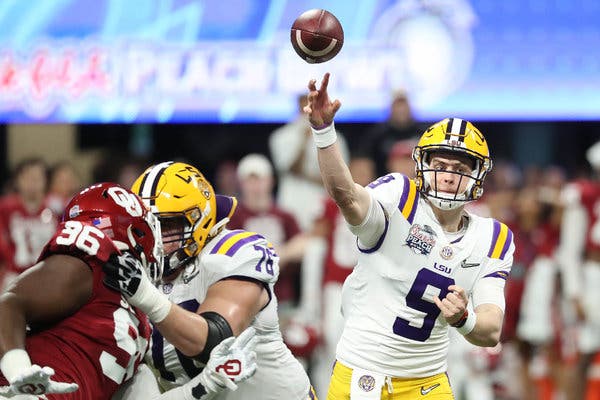 I expected a slew of responses ranging from the recent to the absurd. Clearly Burrow’s fame had reached an all-time peak. The Ohio State-to-LSU transfer turned Heisman Trophy-winning quarterback is currently poised to secure himself not only a top pick in this summer’s NFL draft but with it a whole heap load of expectation. Cincinnati Bengals, you are on the clock. For the record, if you think the Bengals will draft someone other than Burrow, you’re grossly mistaken.

I was right about the range of responses. Keep in mind, these are people whose opinions about football I trust. The answers ranged from he’s the “best I’ve ever seen in my entire life” to duh, have you forgotten about Lamar Jackson who is superior “in terms of speed, agility and accuracy from the pocket.”

Both arguments made perfect sense.

Chalk it up to Bur-recency bias, the possibility that Burrow is a prodigy unlike we’ve ever seen or most likely somewhere in between, one thing is certain. We have never seen a quarterback do what Joe Burrow did to Oklahoma in the first half of that Peach Bowl. This was a top-ranked team in the nation being decimated by a quarterback on fire.

I suppose a more specific question, which I didn’t have the time to ask, would have been… considering style of play and that he’s one game away from both a national championship and an undefeated season, where does this kid rank among what we’ve seen in our lifetimes? While Lamar Jackson and Patrick Mahomes are now taking the league by storm, I’m not sure even Jackson carried with him the expectations that Joe Burrow will. Cam Newton, Tim Tebow, Jameis Winston and Deshaun Watson all won Heisman Trophies and national championships but one of those guys is no longer in the league and two of them are now looking for work. And for the record, I am not assuming Burrow and LSU will win the national championship. A more experienced Clemson team will have a little something to say about that. But Burrow is one big win away from history and his team is favored to win. 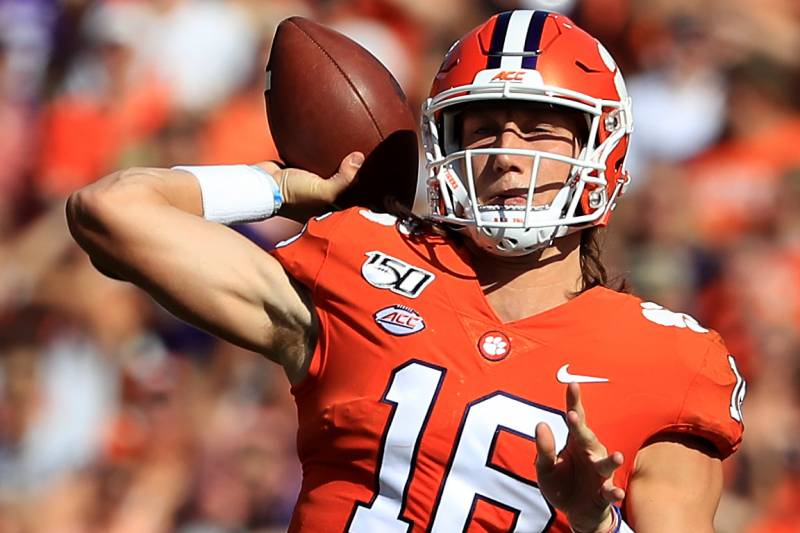 Ultimately, time has taught us that all draft picks are crap shoots. Since 2009, eight quarterbacks have been selected number one. (1) Matt Stafford is still starting for the team who drafted him back in 2009. (2) Sam Bradford, who was drafted a year after Stafford, is out of the league. (3) Cam Newton (2011) may have seen the last of his playing days in Carolina. Whether he will ever return to MVP form is uncertain and more accurately, unlikely. (4) Andrew Luck (2012) burned out and retired. (5) Jameis Winston (2015), whose issues we have discussed on this site ad nauseum, has his camp scrambling to find where he’ll be playing next year. (6) Jared Goff, (7) Baker Mayfield and (8) Kyler Murray were all also drafted number one and at this point, it’s safe to say the jury is still out on all three.

As it turns out, gambling on a top flight quarterback is as easy, or as difficult, as gambling on anything else. The only difference is the future of an NFL franchise is at stake.

So, what to make of Burrow? The track record of quarterbacks taken with that top pick in the last two decades or so shouldn’t exactly leave the Bengals with a warm and fuzzy feeling no matter how many touchdowns he put up against Oklahoma.

We’ll find out this Monday night whether he can do that one more time. Just remember there’s another fair-haired quarterback the world was raving about just last year who will be competing on the other side of that football and who might just make a pretty good pro prospect himself.

So… now I ask you three simple questions:

Who will have the better national championship game? Joe Burrow or Trevor Lawrence

Which team will win? LSU or Clemson, and…

Who will make the better pro quarterback? Joe Burrow or Trevor Lawrence