If I’ve said it once, I’ve said it a thousand times. SportsChump is a website by the people and for the people. That being said, you guys might want to start being careful what kind of e-mails and texts you send me for you might just end up plastered all over the internet.

Meet my friend Jeremy. He likes kosher (not corporate!) bagels, his New Orleans sports teams and basically anything with a funky backbeat.

You guys have come to know him over the years as El Jefe or DJ Arthritic Semitic.

Well, apparently the man with multiple nicknames landed himself some pretty good seats to the Pelicans game the other night. They were playing the Cleveland Cavaliers.

But that’s not what’s important. What’s important is the textual relations he sent me immediately following the game. You see, El Jefe’s seats were so good he made the big screen. By that I mean, not the Jumbotron but rather Jeremy himself made it onto YOUR screen if you were only paying close enough attention. Try first row behind the Pels’ bench!  Yea, el Jefe’s got it like that.

Needless to say, I’ve always been impressed with El Jefe’s contacts. The guy can pretty much walk into any bar or concert hall in the Big Easy and be treated like the royalty he is.

But hobnobbing with Alvin Gentry? That’s taking it to a whole new level.

Considering he was kind enough to share the photo with me, I thought I’d pass it along… in the form of a caption contest.

Here is Jeremy. He is not the one in the picture who looks like Alvin Gentry, for that is Alvin Gentry. No, Jeremy is the handsome, ball-capped, spectacled gentleman behind him, trying to peek over Coach’s shoulder at the Pelicans game.

Your job, should you choose to accept it, is to provide your own caption to this picture in the comments section below. The winner of this week’s caption contest will receive a SportsChump t-shirt, some SportsChump swag and free entry into the dive bar of your choosing the next time you visit New Orleans. 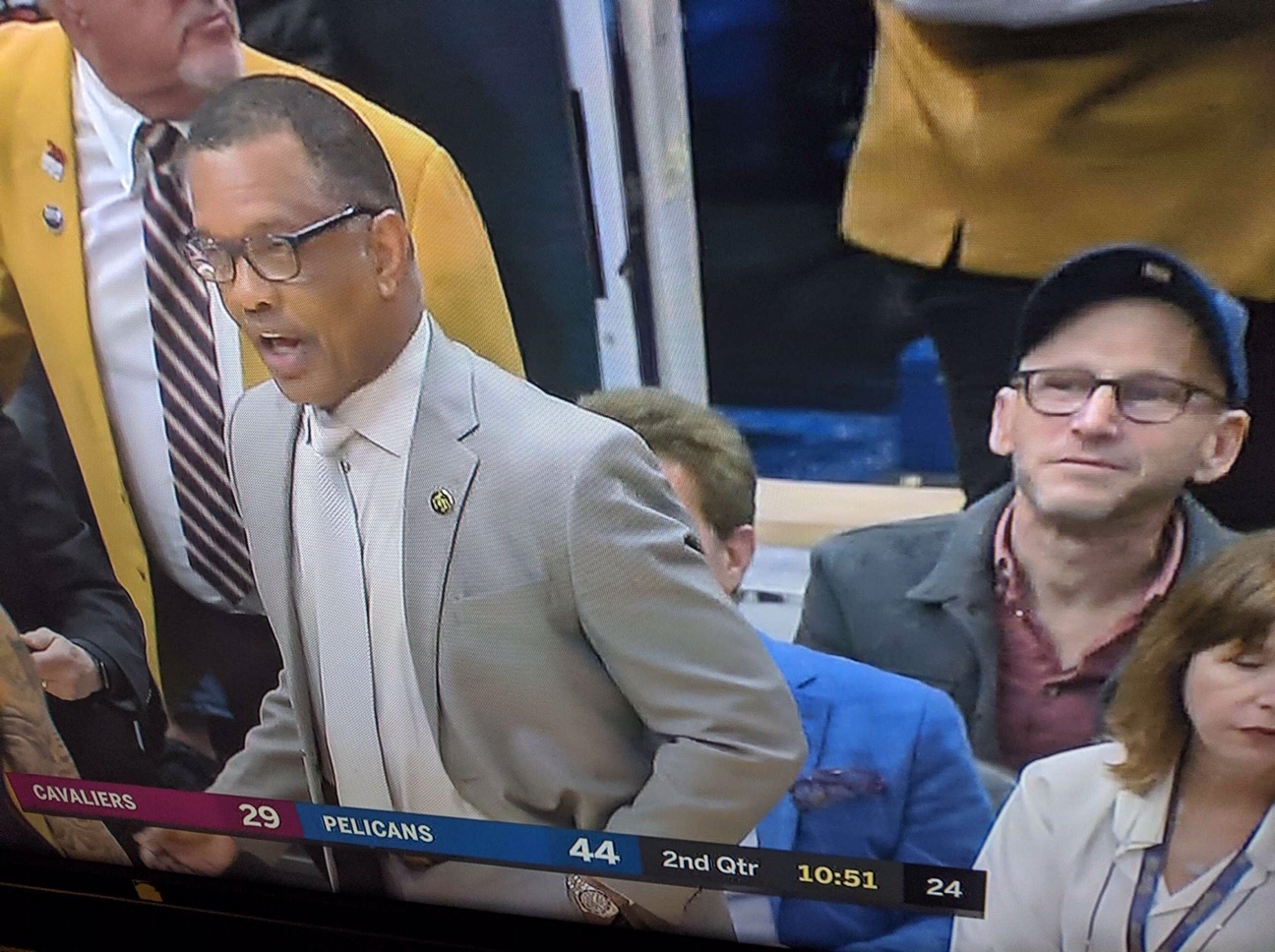 11 thoughts on “GentryPhocated: A “friendly” and unintentionally submitted caption contest”