I know this sounds like a bad joke that ends in either a bloody, chowder-spilled bar brawl or regrettable vomit stains all over someone’s vintage Bobby Orr jersey. You’ll be happy to know this tale ends in a far cheerier, third option.

As is often the case during the winter months, people from the Northeast, Midwest and elsewhere travel to the friendly confines of the Sunshine State to see their favorite sports teams play in significantly friendlier weather. Tampa, Orlando, Miami, Jacksonville included, our little peninsula of a state is a welcome getaway for fans who freeze their asses off eight months out of the year.

This week, the Boston Bruins traveled to Tampa. Points-wise, they hold a commanding lead in the Eastern Conference. With about a month to go in the regular season, the Bruins have the top seed all but locked up.

While hot lately, the as-of-yet still underachieving Tampa Bay Lightning received news that their star player and captain Steven Stamkos would be out 4-6 weeks with a “core injury.” Par for the course for us Lightning fans who can’t seem to catch a break, even more so for those of us who have no idea what a core is.

Regardless, the New Englanders who walked into the bar for a pint that evening were all cordial fellows. Most Boston fans have grown the reputation for being pompous. Title after godforsaken title can do that to a fan base.

Knowing the Bruins would probably win this game, after serving our weary travelers a pint or five, I offered them a friendly wager to keep things interesting.

Were the Bruins to win that contest, I told the gentlemen that I would gladly buy them each a shot of Irish whiskey after the game. However, if the Lightning were to win, well, let’s just say we’d up the ante.

In our bar, we recently purchased a machine that can imprint any image onto the foam of a Guinness with a food-grade safe dye. I can upload any picture from the internet and within seconds, it will be on the head of your beer. 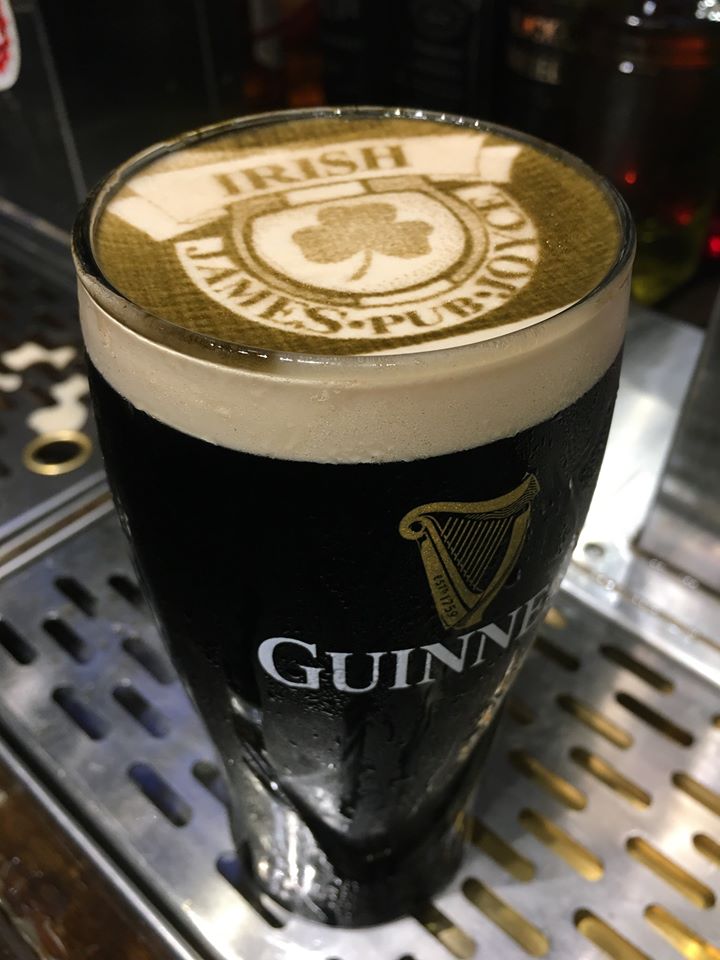 As these men were mostly Guinness drinkers, I was having fun all night putting Red Sox logos, Bruins logos and images of Tom Brady onto the heads of their stouts. I even asked one of them if they’d like for me to put a picture of Tom Brady’s penis onto their beers to which they replied “Think it’ll fit?”

If the Lightning were to win said contest, the five gentlemen agreed that they would come in post-game, all wearing their Bruins gear, and allow me to take a picture of them drinking Guinness with a Tampa Bay Lightning logo on the head of their pints. I foresaw a photo that would have gone instantly viral.

Alas, it was not meant to be as the Bruins outhustled the Lightning that Tuesday night and beat our beloved home town team by a final score of 2-1. That night, the Bruins were the better team.

Eager to collect on their wagers won, the gentlemen all piled into the bar an hour or so after the game. A man of my word, I took a picture of us, me buying the shots and crying into my whiskey. Boohoo! 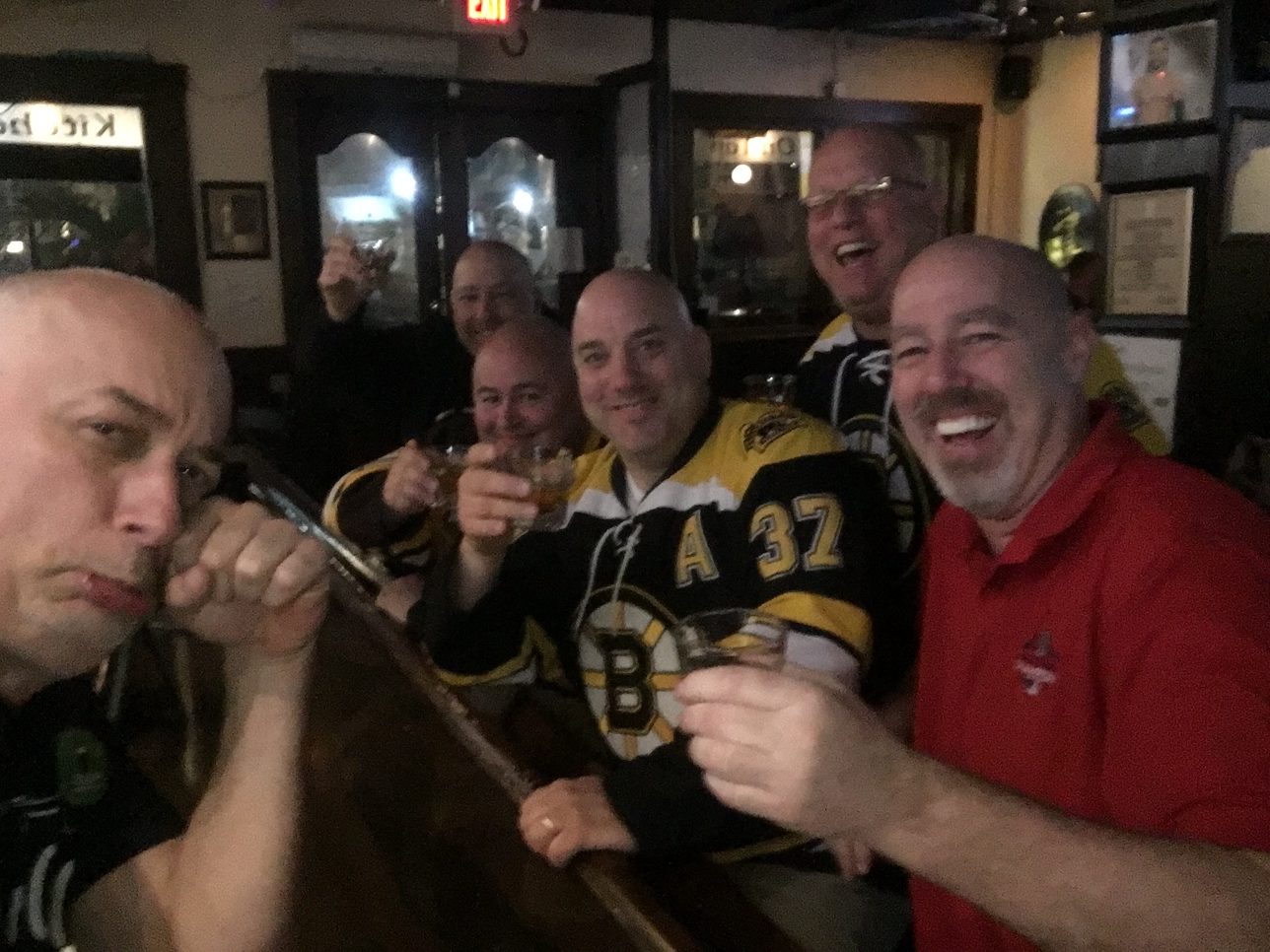 A good time was had by all. As they too proved to be good sports, the festering five allowed me to capture this one video of them.

In the background, for karaoke night, a group of girls decided to perform their own rendition of the Weather Girls disco classic, “It’s Raining Men.” It might not be a video of five Bruins fans drinking from Lightning glasses but I guess it runs a close second.

Safe travels, gentlemen. Thanks for being good sports. Until we meet again.