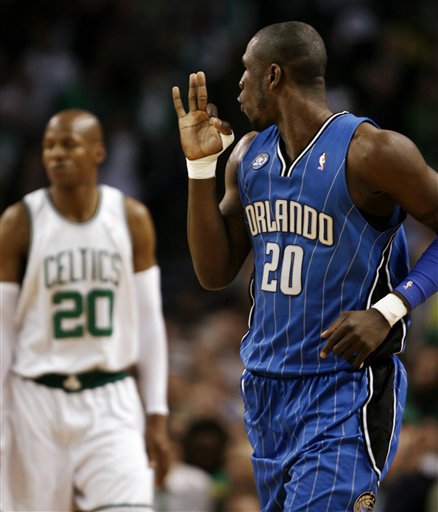 Orlando Magic’s Mickael Pietrus, of France, signals after he hit a 3-point shot in front of Boston Celtics’ Ray Allen during the first half of Orlando’s 101-82 win in Game 7 of an NBA Eastern Conference semifinal basketball series in Boston on Sunday, May 17, 2009. (AP Photo/Winslow Townson)