Richard Pryor hosted Saturday Night Live in its flagship season of 1975.  The interesting thing about that broadcast is that it wasn’t actually live.  Pryor’s comedy was so cutting edge and profane at the time that NBC used a delay, as they were uncertain what he might say next.

ESPN may want to consider borrowing that delay this season as Monday Night Football has announced the addition of Jon Gruden to its broadcast booth.  Gruden will replace Tony Kornheiser who no longer wanted to deal with the constant traveling.  Gruden joins Brian Billick, Mike Holmgren and Bill Cowher as Super Bowl winning coaches who have traded their headsets for earpieces.  They are all likely candidates to eventually return to the sidelines.

Gruden is a rare breed though.  After Gruden replaced the beloved Tony Dungy as the Tampa Bay Buccaneers head coach in 2002, former Buc Derrick Brooks was asked to describe the difference between the two men.  Without hesitation, Brooks replied “Coach Gruden curses a lot.” 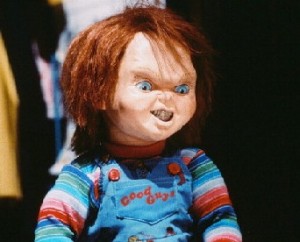 Gruden’s presence in the MNF booth could give new meaning to the term ‘color commentary.’  Don’t get me wrong, I’m a big fan of profanity.  An uncensored Monday Night Football might just liven up the show.  “Hey, Mike, how the &*@^# are ya’?”  or “Holy *&#@, Dan!  Did you see that *&^#!@ catch?”  But addressing the public on one of the most watched television programs in history is different from diagramming plays or belittling quarterbacks.  Chuckie accidentally cursing on air would be the biggest NFL gaffe since Justin Timberlake revealed Janet Jackson’s nipple at the Super Bowl.

While in Tampa, Gruden was consistently linked to college coaching vacancies, particularly Notre Dame because of his Midwestern roots.  While I’m not naïve enough to think F-bombs don’t fly around college locker rooms, it is unlikely Domer parents would approve of Chris Rock’s pre-game speeches.  Dennis Miller’s rants probably pale in comparison to uncensored Gruden tirades.

Gruden’s charisma is undeniable, yet despite leading the Bucs to a Super Bowl victory in his first year as coach, he could never completely shake the Dungy legacy.  In the six years after winning football’s ultimate prize, Gruden never duplicated his early success and was terminated in January 2009.  By his final season, which ended with four straight losses, Gruden had worn out his welcome and was ultimately ostracized by Tampa fans, leaving few supporters behind.

Gruden’s dedication and work ethic are unrivaled.  He’s a fascinating character as long as he’s not driving your favorite football team into the ground.  He was consistently one of the best sound-bites in football, after a win or a loss.  His sneer is priceless.  He was even voted one of People magazine’s 50 Most Beautiful People.

This exposure will give America a better look at Coach Gruden and they’ll likely enjoy what they see and hear.  Producers may just want to keep their finger on the delay button in the meantime.