The Louvre and Smithsonian both feature priceless works of art.  After last night, so does my DVR.

Game Three of the NBA Finals between the Lakers and Magic bordered on flawless.  One team, the Orlando Magic, shot 75% for the first half, making 24 of their first 32 shots.  To put things into perspective, that had never happened before… and the NBA’s been around for a while.  The other team, the Lakers, behind their superstar scowler Kobe Bryant, were also en fuego.  They took every body blow the Magic threw their way in perfect stride.  Despite Orlando’s fiery first half, Bryant answered with 17 points of his own, all within a five minute stretch.  It was a heavyweight fight of epic proportions and one of the most efficient games ever played. 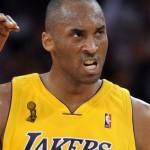 Bryant’s hot streaks serve as a constant reminder that Orlando has to do everything possible (and sometimes impossible) to best Los Angeles.  This begs the question…  is the glass half empty or half full for Magic fans?

The Lakers withstood an historical effort, the best the Magic could possibly put forth, and still only lost the game by four points.  Will the Magic have to duplicate this Herculean performance to win another game?  Or did the Magic finally execute like they’re capable and find a chink in the Laker armor?

While Nelson, Battie and Gortat saw minutes, Van Gundy held true to a six-man rotation, five of whom had 18 or more points.  Talk about balanced scoring.  Turkolgu and Pietrus finished with 18, Alston had 20 and Lewis and Howard scored 21 each.  And every single one of those baskets mattered.  Anything less and the Magic would be staring elimination in the face.

Game Three was the highest scoring game in the series so far, but what’s ironic is that good defense was actually being played on both ends.  Few shots went uncontested.  Players were just banging down next to impossible jump shots, rapture for the true basketball fan.  The Magic shot 62.5% for the game, another Finals first.  At one point in the first half, the Magic were 20-of-21 from 2 point field goal range.  20 of 21!!!  That simply does not happen.  Yet the Lakers would still not go away.

The biggest, and most overlooked, key to this game was Pau Gasol picking up his second foul in the first quarter.  Gasol is the focal point of the Lakers’ triangle offense.  Without him on the floor, the Lakers are prone to falling into a Kobe one-on-one game.  When Bynum was lost to early foul trouble in Games One and Two, Lamar Odom replaced him and was effective on both ends of the floor.  The Lakers don’t lose much with Bynum on the bench.  In fact, one could argue the Magic want Bynum on the floor.  With Gasol out, however, the Lakers are an entirely different team and Kobe is much less efficient.

Van Gundy once again proved he belongs among the coaching elite.  Throughout these playoffs, he has reminded his athletes not to hang their heads in the face of adversity.  Watching Stan Van pull aside players who just made mental errors and actually coach them, reminds us what coaching is really about.  There are no clipboards in SVG’s huddles, no x’s and o’s.  Just motivation and focus.  His Tuesday night game plan was flawless.  Barring a missed Courtney Lee lay-up at the buzzer in Game Two, Stan Van’s Magic could actually be up two games to one in this series, so yes, Magic fans, the glass is half full.

Three more performances like last night and Stan Van Gundy’s Magic might soon possess a prized piece of art of their own: an NBA title.

12 Replies to “When near perfection is just good enough: Magic top Lakers in Game Three”