Since the inception of sportschump.net in April of 2009, I’ve written countless narratives about the world of sports.  Yet the one piece that people remember most was not my detailed breakdown of the NBA Finals, the wild card races or my football season previews, but rather… the fact that, when I go to the deli, I order a third of a pound of cold cuts.  In that particular chumpdate, I went on to explain that, for me “a half a pound is too much, a quarter pound is never enough.  Like the baby bear’s bed to Goldilocks, a third of a pound is just right.”

Well, I hereby introduce more Chumpservations, some sports related, some not so much.  At the risk of sounding too much like Steven Wright, Andy Rooney and Jerry Seinfeld all rolled into one, here goes…. 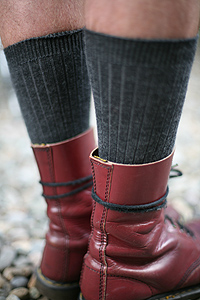 Working out in dress socks: Fashion faux-pa?  Apparently not.

I strolled into my local YMCA the other afternoon, bopping to some Tribe on my iPod.  It was just after four in the afternoon.  The gentleman checking in just in front of me appeared eager to work out as well.  He walked into the gym with his workout clothes already on… with one glaring exception.  He was wearing dress socks.

The guy wasn’t in his eighties, wearing sandals and playing shuffleboard.  He was middle-aged, wearing work out shorts, a t-shirt and sneakers.  But with dark, dress socks.

Look, I’m only a fashion plate in my own mind but dude, come on.  In fact, I probably shouldn’t say this but I do believe I’ve pulled up to the gym before, realized I didn’t pack plain, white sweat socks in my workout bag, and turned back around, realizing I just didn’t need to work out quite that badly that day.

Ok, so maybe I am a fashion plate. 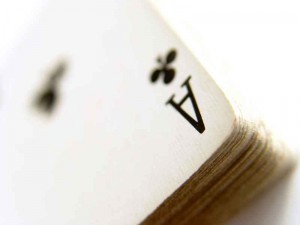 College football is the most fickle of all sports.  One mistake, one botched punt, one failed first down, one incompletion could ruin a season and any chance at a national championship.  Rarely do teams get a second chance.

Similarly, single- or multi-table poker tournaments allow little room for error.  One can amass huge stacks of chips, much like a top-ranked football team can log win after win.  But one bad call, one wrong push, one unlucky draw and that chip stack could disappear as quickly as the title hopes of a one-loss team.

Like a professional poker player with millions of dollars at stake, college football coaches and players must tread wisely and carefully with every dealt hand.  One misstep and you’re out of the tournament until next season or until your next buy-in.

­Solving the unemployment problem with a single phone call

Sportschump.net is not a full-time job.  Actually, it is.  It just doesn’t pay like one.  As I’m currently looking for gainful employment much like the rest of the country, I’ve been calling the Florida unemployment hotline to inquire about my benefits.

Except every time I call, I get a message saying “All representatives are busy right now.  Please try your call again later.”

Well, if the unemployment offices are all understaffed, can’t we just employ some of those currently looking for work and train them to answer these phone calls?  I mean, if the unemployment hotline is shorthanded, I’m sure a good number of the people that are calling would jump at the opportunity for a paycheck.

Problem solved.  Get me the president. 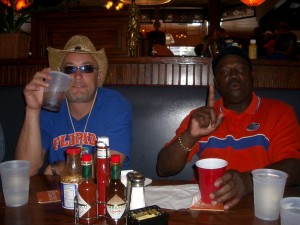 Sports affiliations and the proverbial ‘we’

I was playing poker with some friends the other night.  As football season is finally among us, we were all discussing that weekend’s slate of games.  When my alma mater, the Florida Gators, came up, I commented that we should easily handle the team we were playing that week.  One of the guys at the table (a Seminole) responded “We??  Did you play for the Gators?”

I’ve often thought that my dual degrees from the university and the thousands I paid for tuition over the years qualified me to use the term we when referring to my school, just as I would say we when referring to any of my other sports allegiances.  As Herm Edwards would say, “that’s the great thing about sports.”  It allows us fans to associate with a team, a clan, a brotherhood with which we can identify.  It doesn’t matter that we never took the field.  Many of us fans have celebrated highs and suffered lows more than the athletes themselves.

So sports fans, I encourage you.  When referring to your team, use the word we.  It’s perfectly okay.  If someone calls you out, tell them to stick it.  After all, that’s the great thing about sports.